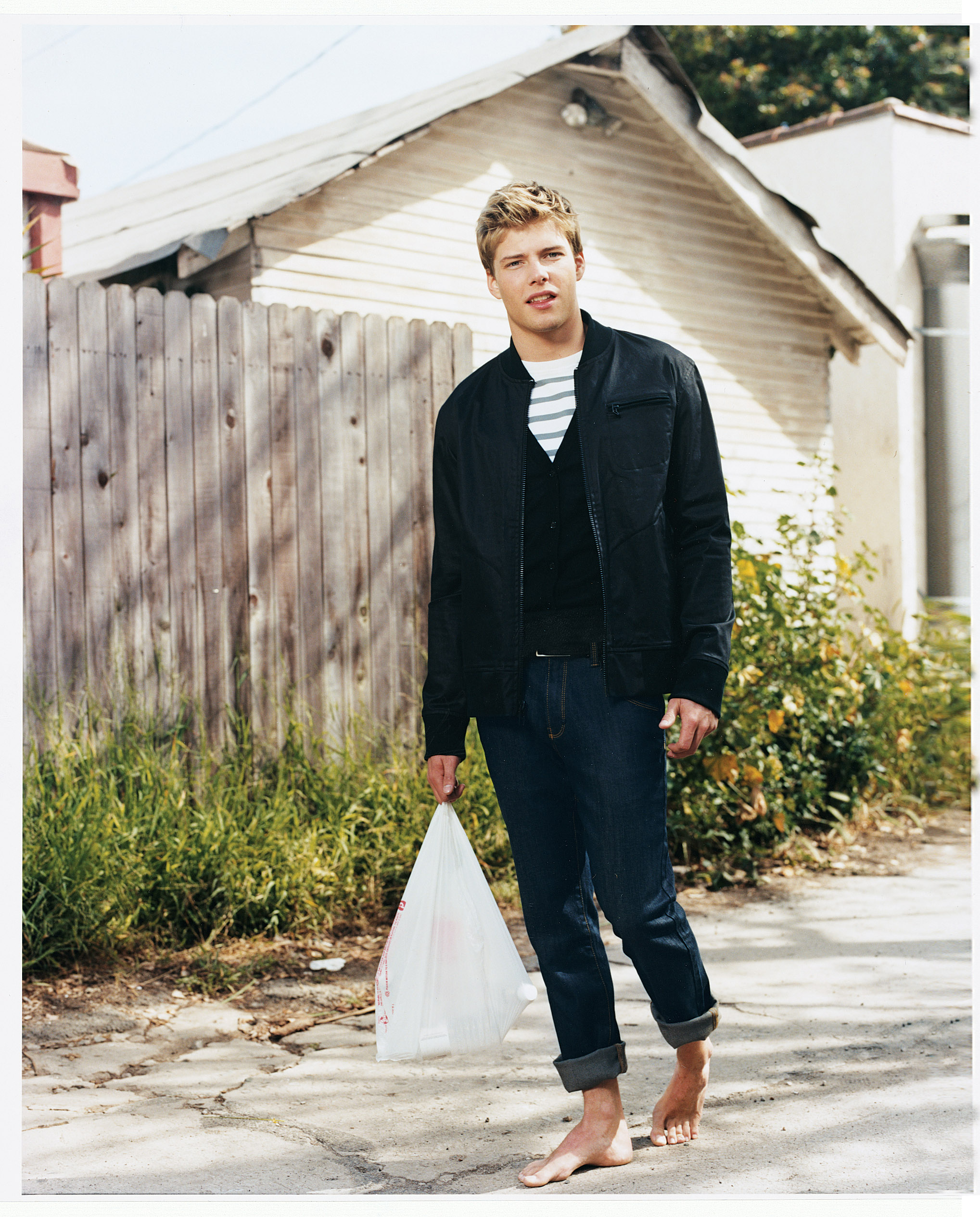 With the fourth-season premiere of Showtime’s critical darling Weeds, Hunter Parrish reprises the role of Silas Botwin, the eldest son of a suburban-MILF weed pusher played by Mary-Louise Parker. It’s going to be a busy year for 21-year-old Parrish. He’ll appear in the upcoming movie 17 Again (Zac Efron and Matthew Perry co-star) and is rumored to be joining the cast of the Broadway musical Spring Awakening.

EMILY POENISCH: So, the fourth season of Weeds-any hints as to what we can expect?

HUNTER PARRISH: We actually just got the first script. I haven’t even read it yet.

EP: That tells me nothing!

HP: I know! I just know that my house is in Hollywood and I have to drive 30 miles to the beach to shoot on location and I’m upset about it.

EP: Did you grow up in the suburbs?

HP: I did, actually. I grew up in Plano, Texas.

EP: Isn’t that where Lance Armstrong’s from?

HP: Yeah, it is and we have, like, the heroin problem. And we’re known for many odd things, but, er—

HP: Yeah, a lot of kids — this is back like a decade ago-overdosed on heroin. . . . I don’t think it’s that much of a problem now. It was like a whole epidemic almost.

EP: And I understand you’re a committed Christian.

HP: That’s right. Actually, I found the best church and the most authentic Christianity in Los Angeles, which is quite odd.

HP: Isn’t that quite funny? I just think Texas and that whole Bible Belt section is so, like, corporate. And I don’t agree with organized religion in that respect.

EP: So you must have had an opinion when Weeds introduced the megachurch community of Majestic?

HP: [laughs] I’ll be honest. . . . I don’t know this as a fact, but I will tell you everyone knows that I’m a Christian, because I’ve never smoked pot, so they had to teach me all that stuff. So I guarantee you that this slight tinge of Christianity had a little bit to do with the ironic factor in my involvement.

EP: Is it true you’re joining the cast of Spring Awakening?

HP: [laughs] I’ve met with the people out there, and I saw the musical back in November and it’s such an amazing show, and I would be completely honored if I would get to be a part of it. It’s definitely nothing set in stone.

EP: And then you have the movie 17 Again. What’s that about?

HP: Matthew Perry’s character has a life that he doesn’t appreciate, and through a course of events, ends up turning into his old self and going back to high school.

HP: Everyone keeps saying to me, “Why do you always get the bad-ass [role]?” My Weeds character is such a little prick.

EP: Your parents must be like, “Can’t he get a Narnia movie or something?”

HP: That’s right! I keep thinking, “Why couldn’t I try out for Prince Caspian?”