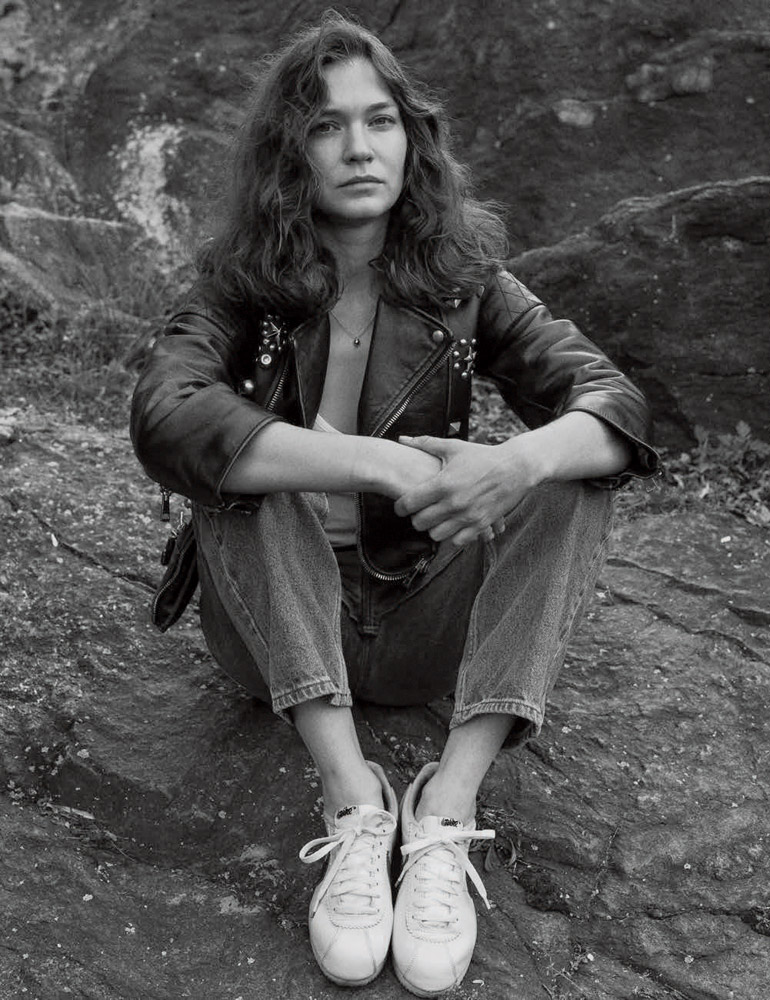 BEGINNINGS: I was super shy, so I didn’t really get into theater until high school. As a kid I played piano, played the flute, played guitar for a year, drums for about a month. A large factor in going to theater school was that it was specialized enough that I could leave Canada. New York was a big draw. I went to NYU. The first two years were a little off-putting. Being in theater school was eye opening in terms of, there’s just a drive and a hunger here that’s pretty present that I’d never experienced before. So it was my first time being sort of contrarian. Then I did a play in Toronto and took a semester off school, and came back and studied experimental theater. I focused more on directing and writing, and self-created stuff. I worked on my very first film the summer in between junior and senior year. I was delusional enough to think that I could pursue it and it would come really easily.

GETTING STARTED: The first movie that I did was called I Used to Be Darker, and that played at Sundance. From there I sort of fell into indie filmmakers and their movies. That’s what I’ve predominantly been doing for the past three, four years.

RELATIONSHIP WITH THE AUDITION PROCESS: Demoralizing? Humiliating. And, ultimately humbling.

WORKING WITH DAVID FINCHER: I’ve never been in the room with someone whose mind is that swift. It’s unbelievable. He’s so smart. I think it was probably one of the most condensed and intense educations I’ve had in acting, all sides of it—technical, emotional—just really a learning experience.

IF NOT ACTING: I’m not sure. That was also the reason I went to theater school, because I realized I wasn’t actually skilled at anything. Maybe an archeologist. My grandmother grew up in the badlands of Alberta, so we spent every summer going bone hunting.

YOUR BEST ATTRIBUTE: It used to be my hair, but then I cut it all.

WORST DAY JOB: I worked at Hooters for three weeks. It was probably like the worst experience I’ve ever had. My friend and I got our bartending license. She called me and said, “Hannah. I just got a job at Hooters,” but she legitimately had like sizeable hooters. So it was like, “Okay. That sounds like a fun social experiment.”

WHO WERE YOU IN A PAST LIFE? I think I was definitely an old man. Most of the time, I feel like an old man. Realistically, probably an Irish drunk, but I’d like to think of myself as a Japanese sage. [laughs]

HAVE YOU EVER BEEN STARSTRUCK: The first time I came to New York, I was ten or something. I got into an elevator with Cindy Crawford. I wanted to go to Barneys. [laughs]

BEST ADVICE SHE’S EVER RECEIVED: “Women should never seriously date someone in their mid-twenties.”

WORST ADVICE: Can it be that too? [laughs] or, “Be yourself.”

WHAT’S NEXT: After Mindhunter, I just did a total 180 and shot this thing in New Orleans over Mardi Gras as, I guess maybe a new genre, but maybe it exists: a docu-horror movie. It’s set during Mardi Gras, but we had one special effects worker and my friend who directed it also shot it. It was a one-man crew. It was totally chaotic, because we were in the thick of Mardi Gras insanity. Lot of drinking, but it was very fun.