George MacKay is Trying Not to Have a Breakdown 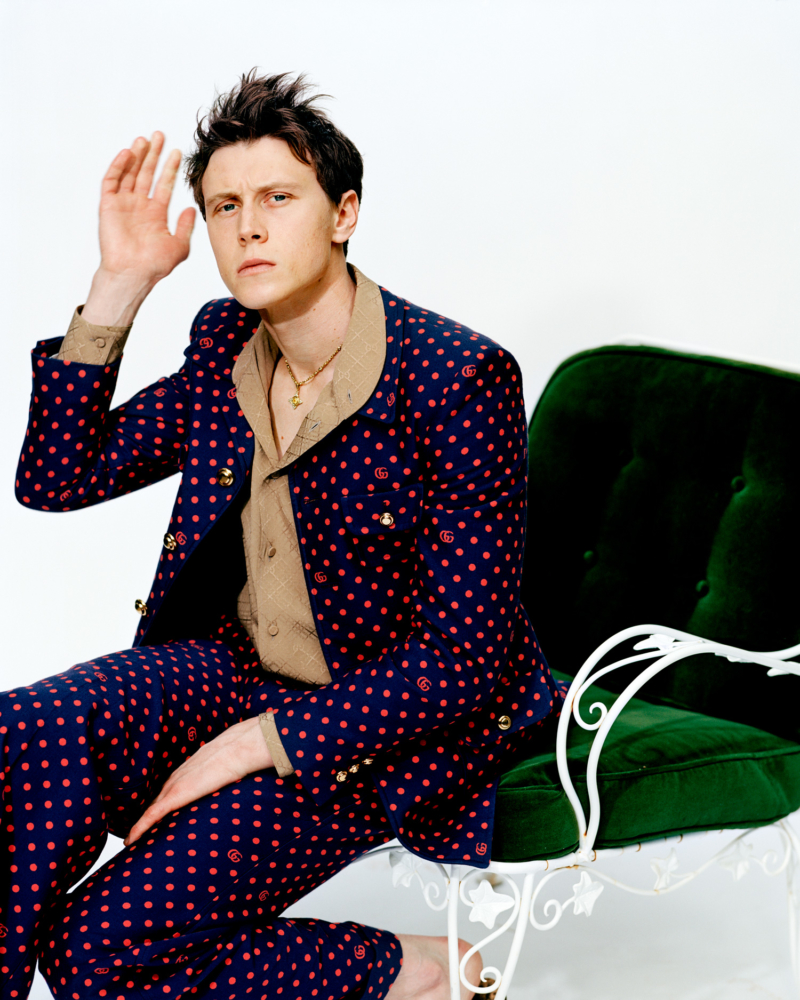 Jacket, Pants, and Shirt by Gucci. Vintage Necklace Stylist’s Own.

The 27-year-old actor has been a fixture on television and movie screens in his native England for the better part of two decades. But last year saw George Mackay take on his most challenging—and star-making—role yet, as a World War I soldier racing against time in Sam Mendes’s 1917. Next up, he’ll play a legendary Australian outlaw opposite Russell Crowe and Nicholas Hoult in True History of the Kelly Gang. “During the last few weeks of True History of the Kelly Gang, there were a couple of sequences that were so all-consuming and emotionally quite scary. I was speaking to my family saying, ‘There’s so much that I want to tell you about this experience. But I can’t, because if I talk about it, if I acknowledge how I’m feeling, I’m going to break. And if I break, I’m not sure I’ll be able to put myself back together again.’”