Don’t Try Out Your “Fargo” Accent On Frances McDormand In no small part, my film Almost Famous is about the experience of being a fan. And so it is with Frances McDormand, who portrayed Elaine Miller, the character based on my own mother Alice in the movie. I hadn’t seen Frances since a brief stint on the looping stage months earlier, so this was an excuse to reunite with one of my favorite actresses. The plan was to pay tribute to the earlier days of Interview, when then-publisher Andy Warhol spent an inordinate amount of time making small talk with waiters while Elizabeth Taylor or Sylvester Stallone waited for the interview to begin. Frances wheeled into the parking lot of Norm’s Restaurant in Santa Monica, California at exactly 7:45 PM., fresh from the set of the Untitled Barber Movie, the new film project being directed by her husband Joel and his brother Ethan Coen.

CAMERON CROWE: I am a proper journalist.

FRANCES McDORMAND: Don’t say, “She had on black sweatpants and smoked fifteen cigarettes.” Come on, think of something interesting!

McDORMAND: You don’t have beer, do you? Not at Norm’s. [Studies menu.] Iced tea with lemon.

CROWE: I love that we have him on tape. My dream has already come true. All right. First of all, thank you for doing my movie.

CROWE: What goes through your head when you’re asked to play the author’s mother?

McDORMAND: I didn’t necessarily know it was autobiographical when I read it. And you know, the first time I met Alice, she told me, “I find the character a little shrill. I hope you don’t intend to play her that way.”

McDORMAND: God bless her! Come on, you asked for it just for being born to her. So I told her, “No, I think it’s a great character. Let’s just decide now that it’s not you and it’s not me. It’s going to be the character that’s in the script.” I haven’t wanted to play a mother for a long time because I am one. There aren’t a lot of complicated, well-rounded, three-dimensional mother parts out there. Elaine [the mother role] is not some raving lunatic. She’s a really fascinating woman. And it’s not often that I get to meet the director’s mother. But can we talk now about a couple of things?

McDORMAND: Okay. One is, how about the size of my ass?

CROWE: I had heard that you want to play Elaine with a booty.

McDORMAND: I always thought it was important that she look like a woman from the 1970s. And, more importantly, that she look exactly the way I looked at the time I was shooting the movie. Oh, my ass was as big as a barn! That was good. But seriously….

CROWE: Because of the body of work you’ve built up, already being an Oscar winner, when you walk into a room you are preceded by expectations — everyone is standing around watching “Oscar winner Frances McDormand” now. Do you feel that pressure?

McDORMAND: I feel a personal obligation to myself. It’s like when a toy is trademarked, and they have that little Mattel symbol in a circle afterward. “Frances Louise McDormand” is long enough.

McDORMAND: I’ve dealt with Frances Louise McDormand all my life. I learned how to deal with Frances when I was in second grade — when everyone else’s name was Debbie or Candy, I was Frances. But I don’t need a parenthetical statement that completely delineates who I am. A lot of people have a parenthetical statement saying “Nominee this,” “Nominee that,” blah blah blah, and that has nothing to do with what it took to become Frances Louise McDormand.

McDORMAND: You know, you couldn’t really characterize — I don’t really know. I haven’t really dealt with it. Early on in my career, a lot of them were men incarcerated in maximum-security prisons, and Joel liked reading their letters. McDORMAND: [To the waiter] I was hoping to get a hot fudge sundae, please. No cherry.

CROWE: I’ll have one too. No cherry.

WAITER: It doesn’t come with a cherry.

CROWE: Now Coen brothers fans — that’s got to be a little bit like with [Bob] Dylan fans, where they look for clues, they add things up, they ask for confirmation of their theories.

McDORMAND: It’s extraordinary. It must be what it felt like to be Sherlock Holmes. But for me, especially when it’s in conjunction with Fargo, so many people need to — not that they want to — but need to be given permission to do their version of the accent.

McDORMAND: For me. So it’s like, find a situation where you can do that, and perform it for somebody who wants to watch. Because I don’t.

CROWE: But haven’t you heard a really great Marge [McDormand’s character in Fargo] and said, “I don’t want to say this, but that’s a really good Marge.”

CROWE: Can I get your personal reaction to having made these movies? Um … Madeline.

McDORMAND: Lived in Paris — what a blast. Most importantly, those little girls stepped on my toes and I had two ingrown toenails by the time I left.

McDORMAND: One of those roles that it was hard for me to accept, being a middle-aged woman. Though the character being pregnant really helped a lot.

McDORMAND: Could have been a nightmare. But thankfully was not — personally. As a political statement, it went very awry.

McDORMAND: I was completely sleep-deprived. I had met my son three weeks before that. He was with me. I went on the set, I opened my mouth, I said my lines, I fell asleep at lunch for an hour and a half, woke up, finished my lines, and went home. And it was a perfect job. 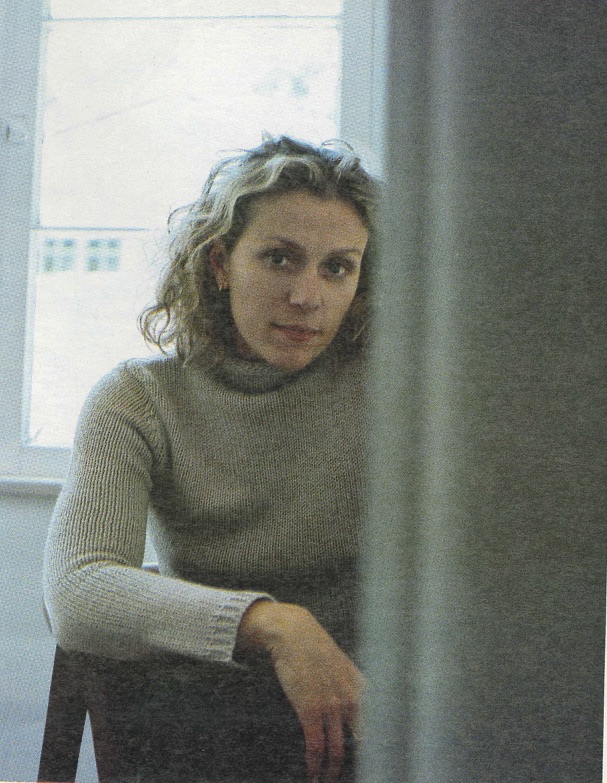 McDORMAND: That was the first job I ever used prosthetic breasts for. I loved that character.

CROWE: I think we need an exclamation point after “prosthetic breasts.” How about either version of Blood Simple.

McDORMAND: I was sorely disappointed when I found out all movie sets weren’t like that. All my expectations have been based on that experience. I judge every movie set I’m on by that one.

CROWE: Looking back on the seventies, if I had known you then, how would I have perceived you?

McDORMAND: Geez, I hope you weren’t like — I didn’t date. Did you ever date? You did date.

CROWE: I did date.

McDORMAND: Dating wasn’t an issue in the group of people that I hung with. Males and females hung out together and different people carried on carnal knowledge, but there weren’t any real relationships. I had all my relationships with women and had experimentation with men. And then I’d go back and figure out all the emotional stuff with the women. I think we probably would have been friends. You know, that part of my life is really private for me. I had a wonderful family and a great childhood. But leaving home marked the beginning of my freedom. And it’s all mine, everything I did.

CROWE: I would have totally asked you out on a date. I believed in that stuff, which is why I hung out at places like this, why I feel comfortable at Norm’s. So now, the official Interview questions. I read them last night, and there’s something very powerful about their simplicity. Here’s a good one: “How is it working with me as a director?”

CROWE: Okay. “Do you think I did a good job directing you?”

McDORMAND: You could have been better. [Laughs devilishly.] “He tried.” Are you kidding? That goes without saying. Isn’t it evident in my performance? Look, you’re milking this one, Cameron. You want me to keep going?

CROWE: How about this one? “What makes me different from Joel?” This one I’m truly interested in.

McDORMAND: In what way? It sounds like some strange reference to a sexual relationship — “Did he do it better than I did?”

CROWE: I just asked it differently. I, in fact, know the answer to that question. His technique is very different from mine. And he has —

McDORMAND: His own partner.

CROWE: He has a serious partner-in-crime. Which is very cool.

McDORMAND: Not as personal, to say that much. Yours is more personal than his is, your technique.

CROWE: That’s great. I forgot to ask you one of the Oscar questions, so indulge me on this one: “What emotion takes over when you get up there and hit the podium?”

CROWE: Last thing, in the spirit of Interview. Let us toast to Andy Warhol and ask each other, “How was our meal?”

McDORMAND: You know, I think the best thing was the hamburger. I wasn’t impressed with the french fries. I did like the visual of the small piece of banana still in its skin next to the french fries and the hamburger. Did not make me want to eat it, however. Bananas should not be on the same plate as a hamburger and fries. And you?