Atypical star Brigette Lundy-Paine is the new player in town 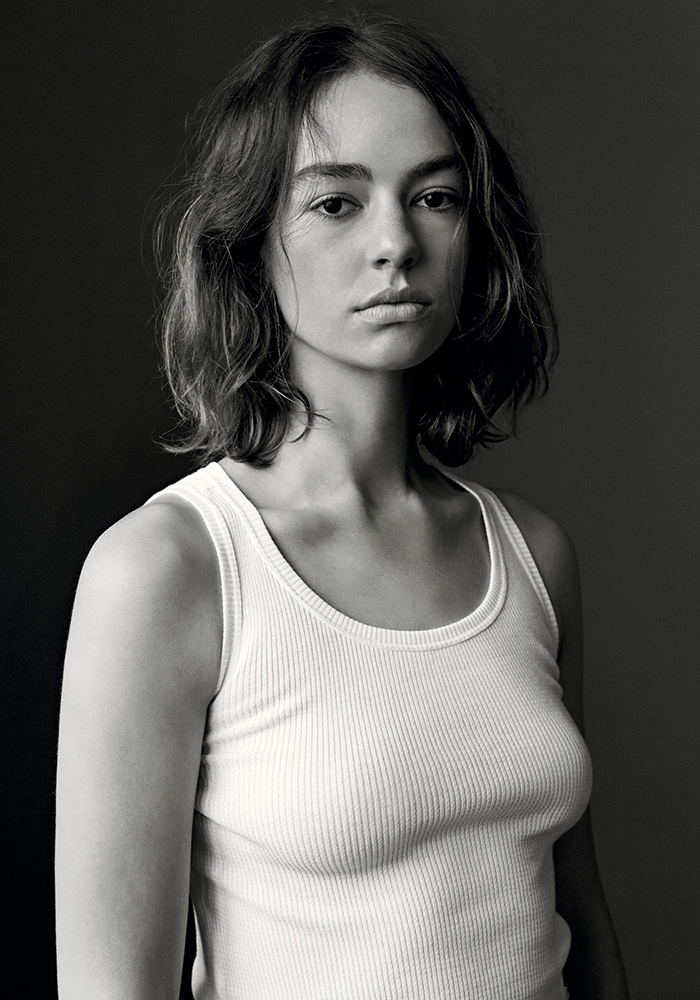 Brigette Lundy-Paine is a master impersonator. Over coffee at a café on the east side of Los Angeles, the 24-year-old actor breaks into multiple impressions: of Tim Kirkby, who directed her in the new Johnny Knoxville comedy Action Point; of Knoxville himself; and of Kylie Jenner, her favorite reality-TV star, whose image adorns her iPhone lock screen. “She’s a billionaire,” Lundy-Paine says of the lip kit magnate. “She’s coming for Kim’s throne.”

Lundy-Paine, dressed in jeans and a floppy button-down flannel, is currently staying nearby while she films the second season of her Netflix series Atypical. The dark comedy centers on an autistic teen (Keir Gilchrist) as he navigates high school’s uncharted waters alongside his fiercely protective—and sarcastic—younger sister, Lundy-Paine’s Casey, who won’t think twice about throwing a punch at anyone who crosses her brother. Lundy-Paine’s knack for performance came early: She was raised by parents who ran a theater company in Alameda, “a little beach town that’s kind of connected to Oakland.” After starring in a production of The Stonewater Rapture at NYU’s Tisch School of the Arts, playing a teen who believes she was impregnated by Jesus, Lundy-Paine started appearing in high-profile projects such as The Glass Castle (opposite Brie Larson) and Irrational Man (opposite Emma Stone).

When she’s not filming, Lundy-Paine, who shares an apartment with some college friends above a gay bar in Brooklyn, volunteers as an English tutor, plays improvised live songs in a band called Subtle Pride, and has recently co-founded an online art magazine called Waif, which she describes as “Vogue meets The New Yorker.” As with all aspects of her life, she’s determined to forge her own path in Hollywood. “I’ve yet to be put in a skimpy dress and asked to stand pretty,” she says with pride. “I hope I never will.”