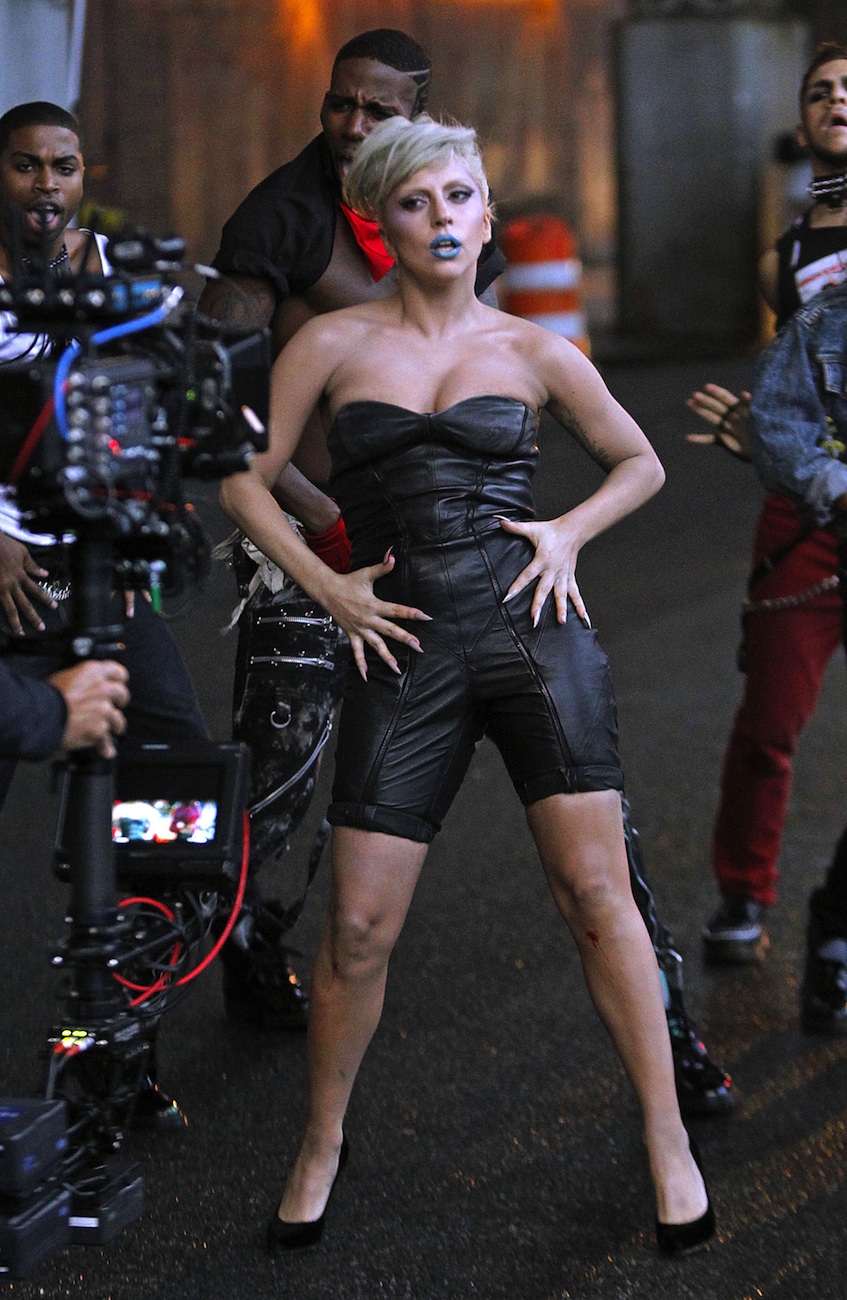 Designer Asher Levine got his first taste of the world of mainstream fashion thanks to a middle finger and a hot dog stand. The 23-year-old set tongues in motion when Lady Gaga was captured in his long, buckle-laden, straitjacket-inspired trenchcoat last year. It was during her underwear-as-total-outfit phase, so she was wearing little else besides the jacket—but in the formidable calf leather, she cut an impressive figure. As if to prove both her (and Levine’s) New Yorkness, she flipped the bird to a passing paparazzo while purchasing a hot dog from a midtown vendor, which is just about as Manhattan as it gets.

Since Gaga made headlines in his coat, Levine has found clientele in other marquee names, like Bruno Mars and Black Eyed Peas, while his NYFW shows—now four seasons old—have grown in both size and prestige. But his reputation as the go-to designer for when Gaga wants to reference her New York-raised, downtown leather-and-metal pedigree has endured. In fact, it was her frequent use of his designs that helped cement her (and stylist Nicola Formichetti’s) reputation for nurturing and exposing young Metropolitan fashion talent. “The Haus of Gaga is really a collaborative initiative that provides an avenue for individuals to express creativity and push the boundaries of what’s out there,” Levine explains. “It’s more than just fashion, it’s a whole visual movement.”

The holy grail of that movement, of course, is having a garment take center stage in one of Gaga’s videos, à la Sally Lapointe‘s epic “Judas” gown, the smoldering A Morir cigarette glasses in “Telephone,” or Zana Bayne’s leather harnesses for “Yoü and I.” So for his addition to the Gaga video canon, Levine reached out to Interview to present this special sneak peek at her next video, for “Marry The Night.”

He explains, “I was commissioned to create something more refined, streamlined, and sexy, and so I decided to make a stretch-lambskin jumpsuit.” The result is tough and spirited, with knee-length shorts and a paneled bodice. In one shot of the singer on a Warriors-type set, she even sports a larger-than-life skinned knee. “I haven’t seen it in motion yet,” Levine confirms, “but I am lucky enough to have one of the best in the world bring it to life.” It is no coincidence, then, that Gaga and Formichetti reached for a local: “Marry The Night” pays tribute to the New York nightlife that inspires both her, Formichetti, and Asher Levine too.