Talk Hole is the bi-weekly spoken column of New York’s alt-comedy darlings Eric Schwartau and Steven Phillips-Horst, offering their oracular powers of cultural analysis on all corners of the zeitgeist (high, low, top, bottom). Over big salads and several drinks at Honey’s, a meadery in Bushwick, Brooklyn, Schwartau and P-H (as Steven is lovingly referred) prove talk is chic and drop references to hot trends, hotter temperatures, and scalding political debates. This time around, Talk Hole discusses the end of Opening Ceremony as we know it, the number of Sweetgreens on the Iowa campaign trail, and why we’re in the middle of a national printer crisis.

STEVEN PHILLIPS-HORST: So what are we talking about?

P-H: As someone who started making money in the past year, I started shopping at Opening Ceremony. There aren’t a lot of concept stores in New York. You have Totokaelo maybe, but we’re not a place where people go to buy big pants. We’re not Tokyo.

P-H: There weren’t enough people who wanted to pay $2,000 for a weird top. Opening Ceremony was maybe the last gasp of a certain downtown coolness that was cool because it was inaccessible, but they can’t sell exclusivity anymore. The reality is, you want a top that everyone recognizes, not a top that no one else has.

SCHWARTAU: Okay, so, gossip: I made out with Humberto Leon in 2011.

P-H: And that’s why they’re closing.

P-H: On the subject of big pants, I do think that all the genders are getting more female. Like, the straightest guy now is just in Bonobos.

SCHWARTAU: That’s very the “fellas, is it gay?” meme.

WAITER: The chef didn’t tell me, but we’re out of the special.

P-H: There’s no more soup. And this is what I’m talking about: exclusivity.

SCHWARTAU: The end of soup.

WAITER: It’s a special. Special things have to end.

SCHWARTAU: Do you have the big salad? Speaking of femme. [Orders a salad.]

P-H: I guess the counterpoint to the feminization of the universe would be the ending of Marianne [Williamson]‘s presidential campaign.

SCHWARTAU: It’s like, wait a minute, maybe it is a male-dominated world.

P-H: Bernie [Sanders] and [Joe] Biden are the two top-polling candidates, so what happened to the year of the woman? If there was any example of sexism in this presidential race, it was the mainstream dismissal of Williamson. They just completely ignored her because they were like, oh, she’s written books, she’s hot, she’s thin, she wears a blazer, her hair is kind of dry. And as someone who identifies as all those things, I took personal offense.

SCHWARTAU: She’s an author, she’s got stacks of papers. I mean, we both read A Return To Love.

P-H: And it was a life-changing, wholehearted defense of this idea that everyone is a bottom! It’s the opposite of Lean In feminism—“let me just be a vessel for the energy of the world.” The natural result of thinking like that is to redistribute resources and redistribute wealth and share.

SCHWARTAU: Right, but I think the problem is if everyone’s a bottom, that presumes there is this one alpha male.

P-H: The one alpha male is god and god is all around us. I do think there is something to be said for putting less faith and less worship into powerful men. However, I like doing that.

SCHWARTAU: I have very little interest in topping, so I am super impressed when someone wants to top.

SCHWARTAU: I don’t feel single. When I was in a relationship, I felt very single because I just had this thing that I was already used to. And then when I’m single, I feel like every person I talk to and go on a date with is my boyfriend. I have to keep these conversations going with five different people in this way where I wouldn’t feel any impetus to keep the relationship going with my boyfriend because he’s just already there.

P-H: The conversation doesn’t need to be like, oh, I’m continuing this inside joke we made four days ago. We don’t need to volley it up in the air like a game of kadima on the beach, so to speak. But with someone new, it is a game of kadima.

SCHWARTAU: And I happen to love kadima.

P-H: What I was saying before—everyone is threading the needle really delicately with identity politics. Like, Elizabeth Warren is not campaigning as a woman in the way that Hillary was. Same thing with Pete [Buttigieg]. There are people who would love for Pete to be the first gay president. But he mentions that he’s a Christian way more than that he’s gay.

SCHWARTAU: Right, because no man is ever like, “I’m a man.”

P-H: Except for Joe Biden.

SCHWARTAU: That’s the thing: you have to listen to a man and everything a man says is important.

P-H: I wonder if that’s partly because men don’t talk as much. And when they do, you’re like “oh my God!”

P-H: Everyone be quiet!

SCHWARTAU: That has been my experience any time I’ve hung out with girlfriends and their husbands. It’s like, the man is just sitting in the corner.

P-H: I think there’s been this false narrative of the mansplainer, and that’s actually just a very narrow slice of the male demographic who’s this Brooklyn film guy. Most men are actually silent as fuck. It’s like pulling teeth to get them to say anything. That’s why in some ways, Bernie’s inspirationalism is a necessary evil because it’s the only way we can get electoral politics to work in this country. But it would be great if our politicians didn’t need to be messiahs.

P-H: I’m not a tech bro. I’m for randomization.

P-H: As you know, I am famously random, and I think that the whole system would be better if all our elected leaders were not elected. If it was like jury duty—you randomly get selected and then you’re a senator for six months.

P-H: You’re only going to have power for six months, so you can’t really profit off of it or get all your friends rich. You’re just going to do a couple things and do what you think is best. Completely remove the whole system of having career politicians who make decades-long relationships with industries and then dole out tax breaks.

SCHWARTAU: But for one moment you’re in charge, so you get to, like, take your friends to Six Flags for free?

P-H: No one’s voting for anything.

SCHWARTAU: Is this for president or just local office?

P-H: For everything from the Department of Water Management to First Lady. How fun would that be? If you randomly got selected to suck Bernie’s dick.

SCHWARTAU: I mean, what you’re talking about is kind of compulsory service.

P-H: Yeah, I guess that’s kind of Pete Buttigieg of me.

SCHWARTAU: [Gestures to butter on table.] Is this just butter?

P-H: I do want to talk about that big salad.

SCHWARTAU: Elizabeth Banks was recently caught with a giant salad.

P-H: Caught green-handed, if you will.

SCHWARTAU: I just could not believe the indication that it was like, what’s she going to do with that big giant salad? Dump it in a trough and eat it all her fucking self? It was so insane.

P-H: Her kind of moving it as she maneuvered around different obstacles in the farmer’s market. Each shot, she was so clearly having to hold this big salad with two hands.

SCHWARTAU: It was obviously for a group.

SCHWARTAU: Yeah, maybe we’re in a plate moment. Especially since we’re so focused on Iowa as a nation, Iowa is very plate-focused—plates are a more traditional way of eating. It’s not a bowl culture.

P-H: Sweetgreen has not hit Iowa yet.

SCHWARTAU: Want to talk about other stuff? I just read a book.

SCHWARTAU: User Friendly by Cliff Kuang. It’s a history of designers designing based on human behavior and how people actually use things. Also, it’s about metaphors. Anyways, I’m a scholar.

P-H: So how has that changed design?

SCHWARTAU: Well, this book is arguing that there’s a progression towards a more user-friendly world where design becomes invisible.

P-H: I think that was true for a time, but that’s not happening anymore. A lot of the stuff that is designed to make our lives easier is not making our lives easier. It added extra steps. In terms of the baseline services that we use, for instance, trains have gotten more crowded and slower and shittier. Plane travel has become awful. And all the apps in the world are not making them better. I believe it was our friend Pat Regan who said it is easier to buy a gun than it is to print something in this country.

SCHWARTAU: I went through numerous terminals in the Atlanta airport trying to print out one sheet of paper for a visa to Brazil that I ended up not even needing. I went to the Delta lounge and they were like, oh our printer is broken.

SCHWARTAU: They were like, you can go to terminal E. Okay, and my Smart TV—I can’t figure out where to find anything.

P-H: Yes, in some senses, the TV is another example.

SCHWARTAU: Now we have to figure out ways to find things. It’s about curation.

P-H: There’s this increased role for curators and curatorship. But it’s also like, is it making the content better? The jury is absolutely out. Just because we have 18 gazillion streaming services doesn’t necessarily mean that the shows that are available to me are better.

SCHWARTAU: And this circles back to why the Oscars are irrelevant—we’re all so tribalized now that we couldn’t possibly collectively agree on what a good film is. The Oscars voters are just one tribe of people.

P-H: And yet, I haven’t seen Parasite, but I’ve never seen anyone not say it was the best film of the year.

P-H: See? But the only people I see are media people in New York.

SCHWARTAU: Our little fucking bubble. I’m worried our readers aren’t hearing the intonation in our voices, they won’t understand—

P-H: I think they’ll get that we’re sarcastic a lot of the time. 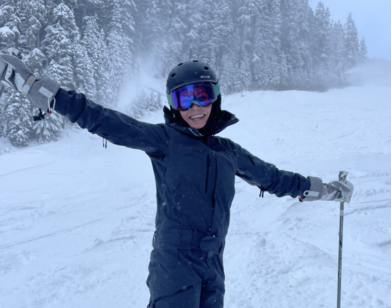 Sigourney Weaver and Elizabeth Banks on Activism, Avatar, and the Ache of Insecurity