UPDATED: The photographer Nan Goldin—best known for her transgressive portraits of intimacy and LGBTQ culture in the ’70s and ’80s—has launched a campaign against the founders of Purdue Pharma, a drug company started and currently owned by members of the Sackler family.

Goldin developed an opioid addiction shortly after being prescribed OxyContin in 2014 as a treatment for tendonitis in her wrist. Now, 10 months sober, the 64-year-old is setting the Sacklers in her crosshairs.

Founded by three brothers, Arthur Sackler’s shares of Purdue Pharma were purchased by his brothers following his death in 1987. The company invented the prescription opioid OxyContin—a chemical derivative of morphine—in 1995, and launched a gargantuan marketing strategy, pushing the drug on doctors and sufferers of chronic pain.

The Sacklers are also responsible for donating millions to top art museums around the world, the American Museum of Natural History, the Guggenheim, and London’s Victoria & Albert Museum among them.

Goldin told the Guardian in a new interview that she wants these museums to stop taking money from the Sackler family, and to put out statements in solidarity with her campaign, Prescription Addiction Intervention Now (PAIN). “First I wanted to go out with signs and picket a Sackler wing of something, because that’s what we did in the Vietnam war and that’s what we did with Act Up in the Aids crisis,” she said.

She is organizing petitions to present to Purdue Pharma’s board of directors and doubling down with a #ShameonSackler hashtag on social media. Her goal seems to be redirecting the Sackler family’s philanthropy efforts to addiction recovery and prevention.

“We are deeply troubled by the prescription and illicit opioid abuse crisis, and we would welcome an opportunity to sit down with Ms. Goldin to discuss her ideas,” Purdue Pharma responded in a statement.

“For more than 15 years, this company has supported many of the initiatives she is advocating, which includes collaborating with law enforcement, funding state prescription drug monitoring programs and enhancing their interoperability, and distributing the CDC Guideline for Prescribing Opioids for Chronic Pain. In addition, we’ve recently announced educational initiatives aimed at teenagers warning of the dangers of opioids and continue to fund grants to law enforcement to help with accessing naloxone.”

Arthur’s daughter, Elizabeth A. Sackler, who holds no shares in Purdue Pharma, responded in separate statement, siding with Goldin. “The opioid epidemic is a national crisis and Purdue Pharma’s role in it is morally abhorrent to me. I admire Nan Goldin’s commitment to take action and her courage to tell her story. I stand in solidarity with artists and thinkers whose work and voices must be heard,” she said, adding that the descendants of her father have not profited off the sale of OxyContin. 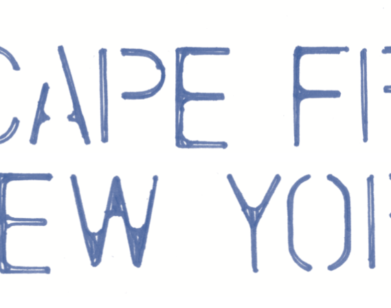