Patricia Bosworth Gets Into the Mind of Arbus 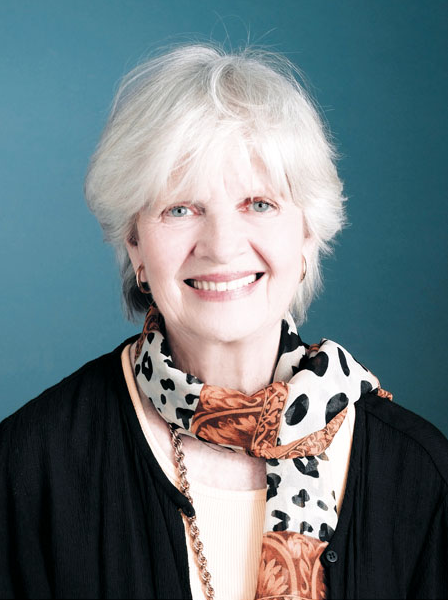 Images have the power to change the way we see our world. Diane Arbus’ photographs have become iconic, intimate portraits changing our ideas about performers and eccentrics, and capturing the outsiders and dreamers in everyday people. In Patricia Bosworth’s rich biography Diane Arbus: A Biography (Open Road Media), Bosworth deftly describes the dark side of Arbus, who grew up against the bustling backdrop of Russek’s Department Store, run by her family. Diane, surrounded by furs and velvet drapes, was incestuously close with her brother Howard Nemerov and somewhat lost in a world of stifling and solitary luxury. From marrying Allan Arbus, a forbidden love, in her teens, to the world of fashion photography, to Arbus’ suicide, Bosworth’s book is both sultry and studious, a brilliant study of a woman whose sexuality, intellect, and imagery were ahead of her time. Colored by Bosworth’s own experience modeling for the Arbuses when she was 17, the account is personal, passionate, and profound. We sat down with Bosworth, who, despite being jet-lagged from a trip to Shanghai, showed us a haunting, unpublished self-portrait of an adolescent Arbus and held forth on reality TV, a dinner party with Andy Warhol, privileged youth, child brides, voyeurism, and why Arbus is still a mystery.

ROYAL YOUNG: I was surprised and enthralled by the level of New York madness that Arbus grew up in.

PATRICIA BOSWORTH: It was a great time. An incredible time!

YOUNG: It was really grand in a way that is no longer possible. Why do you think that is?

BOSWORTH: So many things, reality TV, so much has changed about the culture, it’s so much more about money and celebrity. Celebrity not in the sense of people who achieve something, because in the old days, I think if you were famous it meant you were an achiever. Now it’s the Kardashians, which by the way, I think Diane would have loved photographing people like that, but she was so aware of it herself.

YOUNG: This idea has come up over and over again in interviews I’ve done: that you don’t have to work for fame anymore, it is so fleeting and fast and has lost so much meaning. But then there are huge talents, as you said, like Diane, who would have loved to document this, and artists like Warhol who both predicted this and would relish the culture.

BOSWORTH: God, yes. When you think of what he did, he created a kind of monosyllabic persona where he never talked or when he did it was stupidly or in a silly way. One night, I was at a dinner party given by The New York Times. I was then managing editor of Harper’s Bazaar, and Warhol was there with Ed Klein, who was then editor of The New York Times Magazine and suddenly Warhol held forth articulately, eloquently about what was the matter with The New York Times Magazine in a totally different tone of voice, complete sentences. And I whispered, “I’ve never seen him like this,” and Ed said “That’s how he really is.” It was staggering. And then he dropped it.

YOUNG: I feel like he was the first to really have the medium and means to make himself into a work of art. Though, it didn’t seem to me that Diane had those same Warholian pretentions.

BOSWORTH: I don’t think she had pretentions. I think she genuinely wanted to explore the dark world. She wanted to explore other realities than the one she had grown up in, the privileged reality of Russek’s department store. She wanted to get out of that world. She was bored and confused by it and angered by it. I think she felt controlled by her parents. I think her father understood her better. Her mother didn’t understand her at all, couldn’t fathom how brilliant she was and how original. Howard Nemerov was also no slouch. He’s a great poet.

YOUNG: I love how his poetry seeped into your book.

BOSWORTH: Yes, there was a conscious effort on my part to tell his story too, because I felt they were so important to each other. He adored her.

YOUNG: What quality in her do you think it was that so haunted people?

BOSWORTH: I think she had an otherworldly quality about her, almost ghostly. She did seem to be in a trance most of the time. She had a very compelling presence, she was really quite beautiful, her eyes were so huge and they always looked at you, studied you, considered you. But she was also very smart, enormously intelligent. Plus, she was always very interested in you. She focused on you. When I first met her, when I was 17 and posed for her for Seventeen magazine, she took an interest in me because I was what she called a “child bride.” I was married when I was 17. She had gotten married in her teens. This intrigued her. She wanted to find out how I felt about it. Of course, I was miserable, but I told her all sorts of things about my life. She pulled stories out of people, which is why she was able to take such interesting pictures. Her subjects always revealed themselves to her.

YOUNG: Do you think she didn’t want to live her own story, so she lived through other people’s?

BOSWORTH: Photographers are always voyeuristic, and they do sort of live vicariously. I think every artist does. But her life was very dramatic, tormented, complicated, and I think she liked it that way. She was a game player, as many very intelligent people are. Seductiveness and sexuality was also a big part of who she was.

YOUNG: Do you think because it made her feel like she had power?

BOSWORTH: I think she was innately that way. But yeah, I think so she would have control.  But she was fascinated by her body, even her menstruation. She would always tell people “I’m menstruating.” And people would be like, “Why are you telling me this?” [laughs] But, I think she was a pioneer. Somebody who was not afraid to talk about her body or sex.

YOUNG: It’s interesting to me that her sexuality was so strong and complicated, yet she was so determined to devote herself to one person early on in her life.

BOSWORTH: She adored Allan. But I think she became too much for him. He’s still alive, an amazing man. She needed somebody to be there for her. She’s a mystery.

BOSWORTH: Yes, I think so. I believe no matter how much you research a person’s life. No matter how long you spend, the person always remains a mystery. I go by this quote that Mark Twain said about the definition of a biography: a biography is the clothes and buttons of a man or a woman but the real story is in the person’s head and that you can never know. I don’t think it’s possible to get the whole picture, ever.

DIANE ARBUS: A BIOGRAPHY IS OUT NOW.