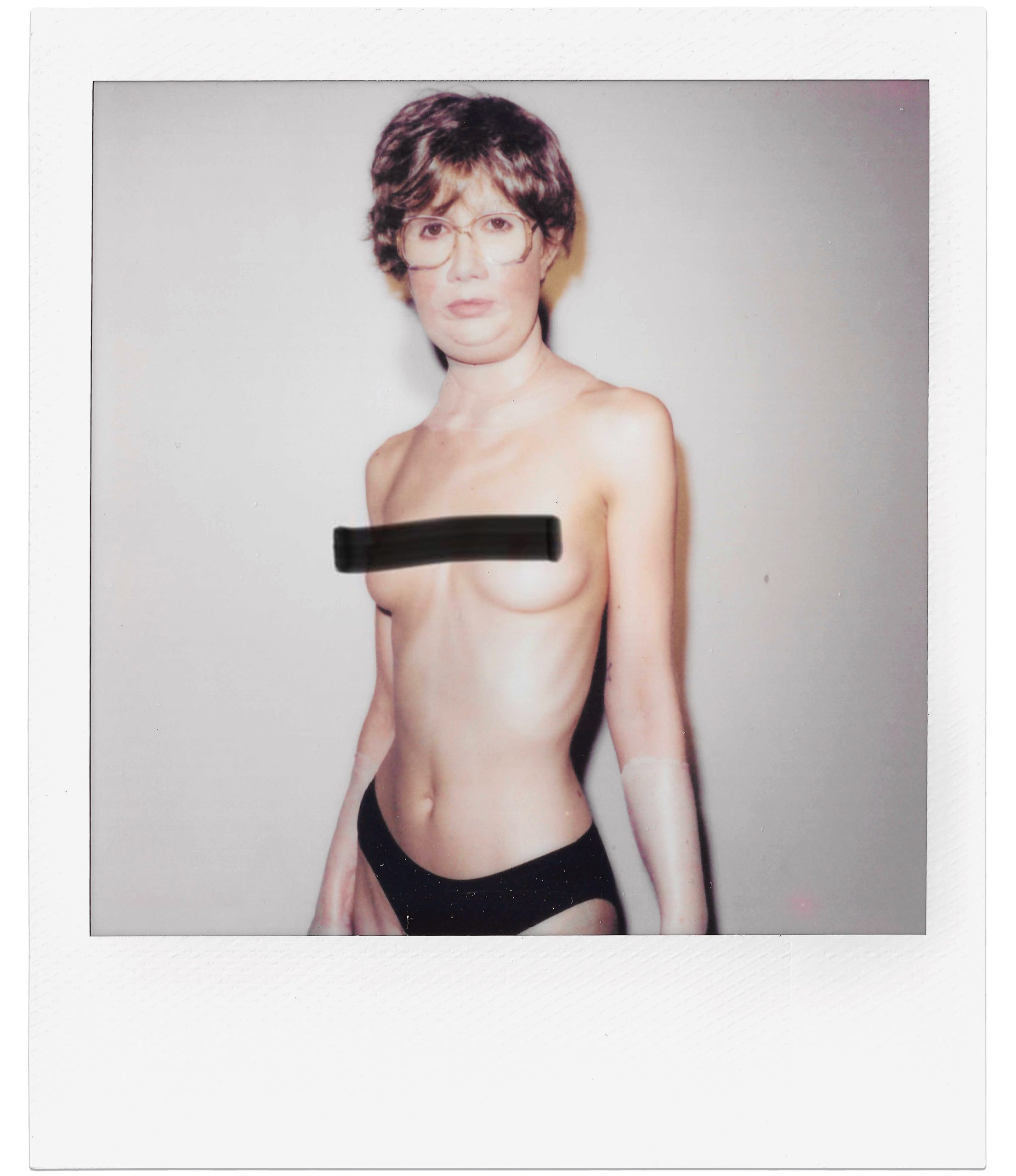 This weekend, the artist and filmmaker Nadia Lee Cohen released HELLO My Name Is, a photo book of 33 hyper-specific characters created from vintage name tags (of car salesman, Vons cashiers, movie theater attendants) collected at estate sales and flea markets. Each character’s portrait is accompanied by a still life of the detritus that might fill their imaginary pockets (a ticket from the race track, a Werther’s caramel, a tortoise shell comb). The book is a masterpiece in world building—but Cohen, as she reminded us in a recent conversation, has been conjuring characters out of thin air since she was a child. Below, Cohen tells us how she approached the creation of HELLO My Name Is and introduces us to a few of the book’s characters through a series of exclusive video clips. INTERVIEW: What were you doing before you sat down to answer these questions?

NADIA LEE COHEN: I was in an argument with security at Heathrow airport because I asked them not to put my film through the X-Ray machine. The guy working there didn’t understand it could damage them and thought I was smuggling drugs or something. He told me if I didn’t stop making a fuss he would call the police, so I stopped making a fuss.

COHEN: Two British pounds from when my mum asked me to get some chips the other day. One red glove (I hope the other one will turn up at some point). And a ‘holistic healer’ business card that was given to me by a man in the farmers market. He was giving me loads of health advice, which I took seriously until he showed me a photo he’d taken of a UFO that morning.

COHEN: Coffee and toothpaste—It’s only 9am.

INTERVIEW: What is your greatest obsession?

COHEN: Movies and other people’s bits and bobs.

INTERVIEW: Who was your first alter ego?

COHEN: ‘Moon face,’ which was a character based on the moon. I thought I could see different facial expressions on the moon’s surface and would try to imitate them with my own face. ‘Moon face’ consisted of white face paint, a white headscarf and black eyeliner painted in the area my eye bags were, not the most flattering makeup look. Here’s a pic: COHEN: If you can draw the person as a cartoon character, it usually means they’re refined to the point where their characteristics are immediately recognizable—even when represented in another form. Like when people see Jesus in a slice of toast.

INTERVIEW: How did this book come about? How did you arrive at this selection of characters?

COHEN: I had a huge collection of name tags that I accumulated because they appealed to me aesthetically. It was only after a few years that I thought, “Wouldn’t it be nice to actually see these people?” So, I started this project.

INTERVIEW: Where did you find the accoutrement to bring these characters to life?

COHEN: The first tag was given to me by a teenage boy named ‘Jesus’ who worked the drive-through at In-n-Out. I was there on Easter Sunday and seeing his tag on that day was the closest thing I’ve ever felt to a religious experience. The rest of the tags and objects I picked up all over the place, mostly at flea markets, car boot sales and charity shops.

INTERVIEW: Can you pick one character and share your process for fleshing them out?

COHEN: Let’s do Teena because she’s basically the teenage me. It started with her Pizza Hut name tag. I used to work in a burger van, and would sometimes nick the change and put it into my Wellington boots. Teena is a smoker as I was—but in the video, it’s all for show. I never actually inhaled the smoke. Teena’s spock brows are based on my dark eyebrows that were bleached a light brown and plucked into oblivion. Teena’s complexion is based on a time when I had really terrible skin that I would cover with way too much ‘dream matte mousse.’ Finally, the bottle of Glen’s vodka is the thing I first ever got drunk on. My mum had to come pick me up from the local park.

INTERVIEW: How do you get into a character?

COHEN: David Owen from IDEA [publisher of Women’and Hello my name is] wrote little anecdotes for each character to speak in the films. I learned these lines inside out and this forced me to think about what accent each character had, whether they were funny, shy, overly confident, etc. I filmed these after I took the photos, because the longer I spent in the make up, the more I felt like the person.

COHEN: Cinema, Filmmaking, and whatever Katie Price does next.

INTERVIEW: Where do you look to find inspiration?

COHEN: I get inspired by the people or objects I see on a daily basis, which can make doing really boring things actually quite fun. Sometimes when I need to think of an idea, I’ll wake up very early and spend time entirely alone without anyone around me.

COHEN: People that put rules over logic and compassion.

COHEN: Certain friends, and making a project I feel excited about.