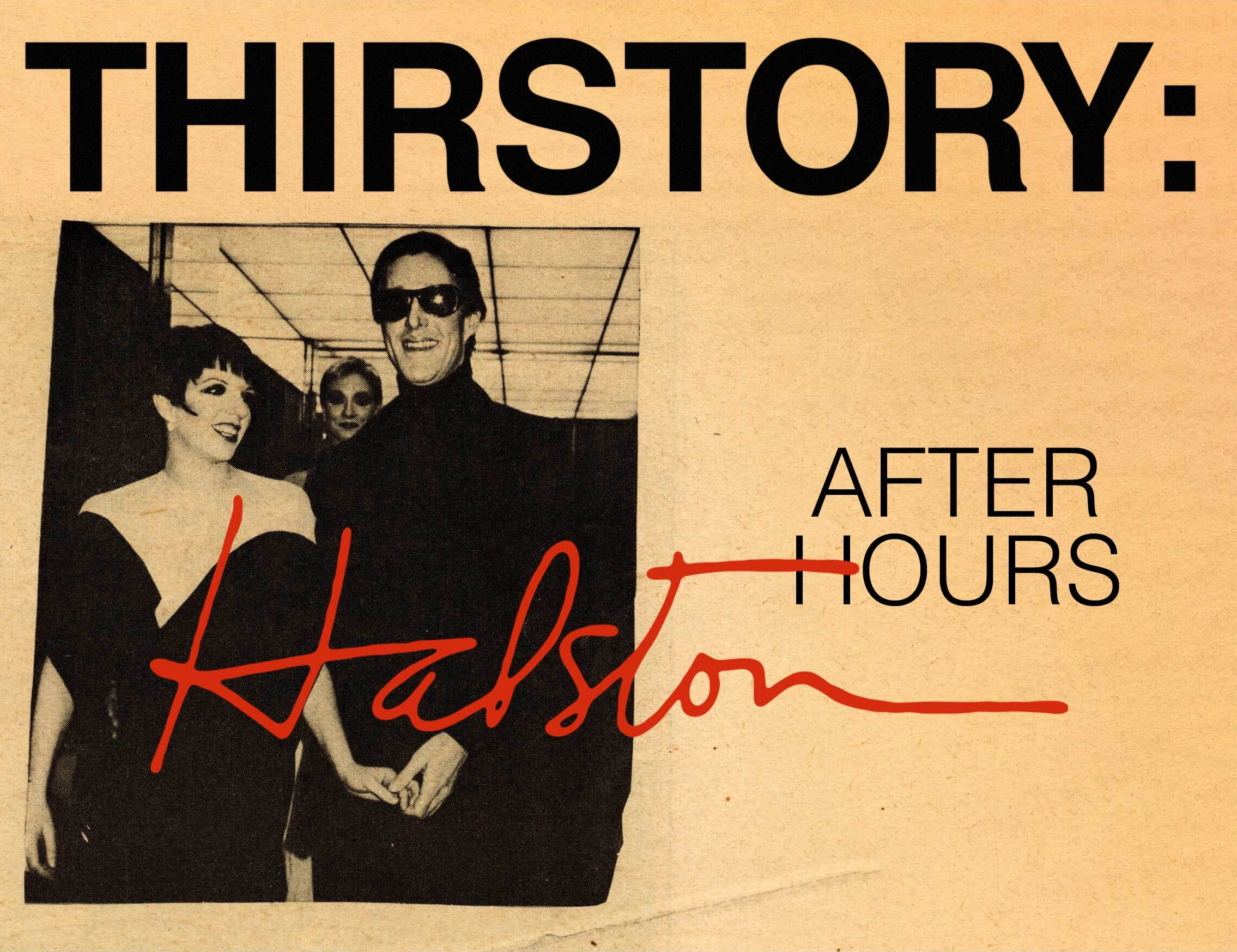 In the conversation that accompanied her November 1976 Interview cover story, Elizabeth Taylor was prompted to name her favorite fashion designers. In a swift rebuttal, the Oscar-winner corrected her interviewer, saying, “You mean Halston? It’s not ‘designers,’ it’s ‘designer.’” Like many admirers at the time, Liz was likely drawn to Halston’s silhouettes for what they represented: a revolution. Known for cutting subversive patterns, the designer’s collections exuded confidence, sensuality, and a changing tide in fashion that was free of inhibition.

Halston, who is portrayed by Ewan McGregor in the new Netflix miniseries, injected his brand with a no-holds-barred spirit. His garments were not just items to hang in the closet—they were an entree into his hedonistic lifestyle that included dancing, debauchery, and cocaine-fueled fun. In a diary entry from 1978, Andy Warhol recalled a charity event that left Taylor in a tizzy, and she escaped to Halston’s 101 East 63rd Street abode to unwind. He wrote, “Halston and I went to his house together. [Elizabeth Taylor] sneaked in later and [Halston] gave her some coke and she got high and happy.” In dozens of journal logs, “high and happy” is an ongoing theme, with Warhol naming Mick Jagger and John Lennon as other luminaries who enjoyed party favors in the designer’s home. Halston’s obsession with aesthetics oozed into his personal dwellings. When asked to describe the townhouse, Peter Wise, Halston’s former florist, says one word came to mind: “unbelievable.” Sprawled with gorgeous gray carpets across a sleek, sexy design, Wise told us, “It is, I think, my favorite house in New York that I’ve ever been in, and I’ve been in some really great apartments.”

When he wasn’t at his Olympic Tower office or Studio 54’s subterranean V.I.P. section, the Rudolph-designed abode became a respite for Halston and his inner circle to let their hair down. As the artist Christopher Makos recalled, “It was just like [a scene out of] Scarface, with big barrels of cocaine.” On any given night of the week, the musician Sterling St. Jacques and supermodel Pat Cleveland could be seen boogying on a balcony wearing bunny ears, and below them, Studio 54’s Steve Rubell would converge with Bianca Jagger as smoke wafted toward the three-story-high living room ceiling. In his youth, the renowned decorator Ricky Clifton recalled an evening at Halston’s after a recent trip to Japan. “Eartha Kitt was at this party. I’d had some drinks, and so I was bullshitting [her]. I told her that in Japan they have hot champagne. She said, ‘Ooh, darling, how marvelous. I’ve never had that. Sounds divine,’” Clifton recalls with a laugh. “And so, I went into [Halston’s] kitchen and poured a whole bottle of Cristal and heated it up and served it to her in glass bowls.”

Beyond the champagne kisses and caviar dreams, Makos argues that hard work drove long days and longer nights for the Halston crowd. “We don’t want to make it that it was just a playhouse,” he says. “When you have that many creative people together, you sort of pick up ideas. [That townhouse] inspired him.” Wise matches that sentiment, saying no matter how late the designer stayed up bouncing off the walls, each new day was business as usual. Case in point: an unforgettable message left on the florist’s answering machine after a particular raucous weekend. Putting on his best impression, Wise recites, “Hello, this is Halston. It’s Monday morning, and I’d like to know where my flowers are. They’re not here and it’s Monday!”