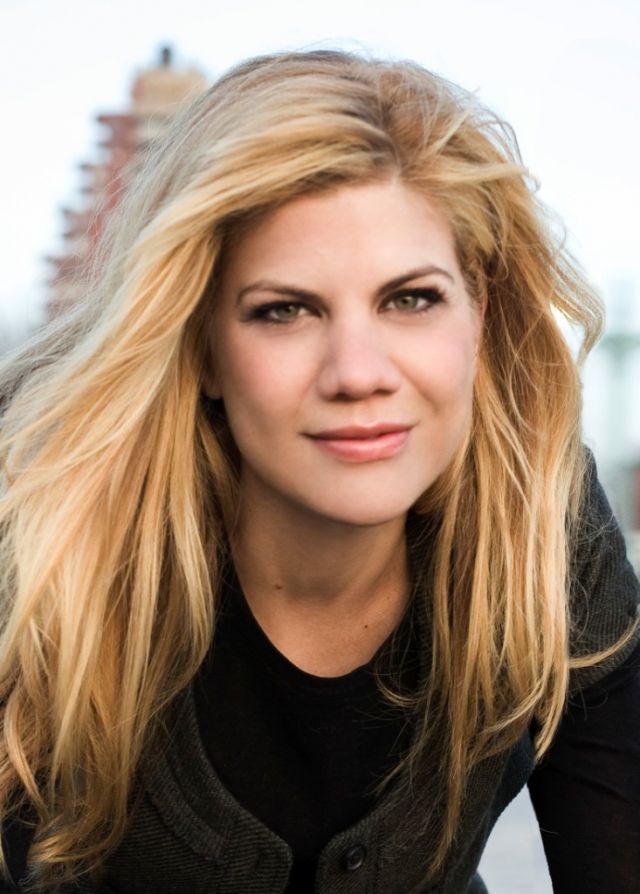 It’s no secret actors can be addicts. But so can businessmen, bankers, musicians, family members, and little girls from Milwaukee with a flair for being funny. In Kristen Johnston’s brave memoir Guts (Gallery Books), the actress chronicles her hilarious and often heartbreaking journey from teenage outsider in Milwaukee delving into drinking as a means of escape to Hollywood funnywoman using pills and booze as a means to keep on her comedic mask. From the sadistic mean girls of suburbia to the high highs and low lows of being in the spotlight, Johnston writes of her struggles with empathy and honesty, showing how not just creative types, but all humans who feel alone, can become dependent on substances over people. What makes Johnston’s addictions harder to bear is her intense secrecy about them, a ferocious privacy she learned at a young age. After shocking headlines in British tabloids falsely reporting her death and a lot of hard work in rehab, Johnston is now able to reveal all. We spoke with the charming and sober Johnston about her addiction to lip balm, people who peak in high school, both the beautiful and bad places fantasy can take us, her organization SLAMNYC.org, and her new dressing-room habits.

ROYAL YOUNG: I wanted to talk to you about some off-the-beaten-path addictions. My mom is addicted to ice cream.

KRISTEN JOHNSTON: Well, people can be addicted to anything: work, their children, successes or failures, lip balm in my case. Actually, I said that to this producer of Dr. Oz, and she said Dr. Oz did an entire episode about people addicted to lip balm, so I’m not alone. It overtakes your life. Let’s say you play golf with a friend one day, anybody could, I don’t know why they would want to, but then again, most people don’t want to shove down handfuls of Vicodin. You play golf and soon start to take some lessons, then you get some golf buddies together—then smash cut to you having to live on a golf course–you move your entire family, you shut down your dental practice so you can play every single day. It goes from functioning to non-functioning so fast.

YOUNG: Where does it come from? This need to transform yourself or get out of your life?

JOHNSTON: The other. I’ve always, since I was a kid been a daydreamer and somebody who loved living a fantasy life. My life was never good enough.

YOUNG: How did being a young freak shape your later life?

JOHNSTON: No one wants to peak in high school. We all think we do in high school, but trust me, you don’t. You want to peak later, like 30s, 40s. Nobody knows this then, but the girls that have peaked in high school are inevitably homely losers later.

YOUNG: But sometimes people like her also crush other people.

JOHNSTON: Yes, absolutely they do. And that person becomes a cat lady. But they don’t crush everyone. It’s the survivors, the dregs—after a bomb goes off, it’s the seven people who walk out.

YOUNG: What was it about you that made you a survivor?

JOHNSTON: My fantasy life. One day I knew that me, this skinny, ugly girl who was only invited to slumber parties when they were forced to—someday I knew I would be someone. That was my driving goal. It wasn’t to be famous. I didn’t want furs and signing autographs, I didn’t care about any of that. I wanted to be someone other than myself.

JOHNSTON: I know! But at the time it’s a big goddamn deal. Now, who gives a crap. You find something funner to do.

YOUNG: [laughs] Totally. I feel like this drive and this need to be somebody other than yourself, it can take you far. It can get you success and be a very positive thing, but it’s the same thing that drives you to drink. Where did you cross the line? Where do you think for creative people that boundary can get blurred?

JOHNSTON: I think it became blurry because I grew up in a very private family. I mixed privacy and secrecy up somewhere along the line. Everything became a secret, and I thought that was how you should live. Lying about everything. The mask I put on as a kid to survive was the funny lady. Then the funny person all of a sudden became harder to do without substances. Substances let me keep the mask on longer. Until it doesn’t work anymore and you’re just a mess.

YOUNG: Right. And you haven’t told anyone what’s going on, so you have no lifelines.

JOHNSTON: No. It’s horrible. It’s a very lonely place, being an addict.

JOHNSTON: Yes. But, equally as prone is your mailman, your mother, your brother, your friend, the guy who does your banking. It’s everywhere. The thing that happens in the press sometimes is Whitney Houston. She was just an addict. Just like your uncle Steve. But seriously, tell me offhand how many addicts you know.

YOUNG: I would say pretty much everyone I surround myself with.

JOHNSTON: That’s what I’m saying. It’s everywhere. It’s not just narcissistic actors. Most everyone I know is an addict and an actor, but a lot of them aren’t.

JOHNSTON: Right. And you don’t hear about the Sarah Jessica Parkers, the people who aren’t addicted to drugs or alcohol. You just hear about the crash-and-burn. When I go to AA meetings, once in a while I see an actor, but mostly it’s writers, businesspeople, Wall Street types, and, unfortunately, a lot of kids.

YOUNG: Do you think that’s been increasing? The number of kids who are addicted?

JOHNSTON: I know it has. I started a fight five years ago to get a sober high school in New York. I’m the founder and executive director of SLAMNYC.org. Right now one in three teenagers meets the medical criteria for addiction, which is scary. I’m so driven because when I walked into rehab, I was like, “Am I still drunk? Did the guys give me the wrong address? Am I at a summer camp?” And it kills them. Deaths attributed to drugs and alcohol have overtaken all other emergency-room deaths.

YOUNG: How important is it for us to cherish what we love and what we’re good at and what’s been given to us?

JOHNSTON: For me, plays became a conduit to partying. It was like, “Oh, I can’t wait for the play to be over so I can drink.” Every night. That’s why when I get into a dressing room now, I write in red lipstick, “This is the main event,” to remind myself that this is the moment. This second. This is what the whole night is about. This is the crescendo of my life. I don’t ever want to forget that.

GUTS IS OUT TOMORROW, MARCH 13TH.