“Elevate, Activate, and Appreciate.” Those are just a few words of wisdom that @Hal.Baddie—real name is Devin Halbal—TikTok’s favorite 23-year-old spiritual guide, offers to her nearly 328 thousand followers. The Bronx-born TikToker, who started out making videos for the dolls, won the rest of the internet over with her words of affirmation, energizing pep talks, and love for the selfie stick. And of course, there’s her now infamous phrase, “Met Gala behavior,” which popped up in every corner of Twitter during last week’s Gala frenzy. To learn more about the girl behind the selfie stick, we slid into the @Hal.Baddie DMs for a chat about her internet stalking habits, selfie stick preferences, and private browsing persona.

HALBAL: What does that mean?

HALBAL: 23 years old. Female is my sex. Location is everywhere and anywhere 🤣

HALBAL: I wake up and brush my teeth and take my medication and FaceTime my best friend.

INTERVIEW: What were your last 3 Google searches? INTERVIEW: Where do you buy your selfie sticks?

HALBAL: I’ve only bought two. The first one I got online, and the second I bought in Istanbul at a cell phone store when my first one broke.

HALBAL: Probably TikTok. You see someone’s personality in ways that you can’t via Instagram

INTERVIEW: Describe your followers in one sentence.

HALBAL: I hope my followers are sweethearts, sensitive dolls with porcelain hearts 🤣🤣🤣

INTERVIEW: Hot. Describe your TikTok For You Page.

HALBAL: It’s myself because I try not to spend too much time on the app. It’s too addicting.

INTERVIEW: What’s the secret to a perfect TikTok?

DEVIN HALBAL: Be yourself. And share what’s on your mind.

HALBAL: I get the funniest messages after being recognized on the street. I get a lot of strange men asking to link— sometimes in non-public settings🤣

INTERVIEW: How many unread texts do you have?

HALBAL: Right now only 86. Which is good. Lmao. INTERVIEW: What do you offer to the internet?

INTERVIEW: Who do you stalk online?

INTERVIEW: What’s your most embarrassing accidental email or text?

HALBAL: I haven’t done that in a while, because I don’t text that many people. But I remember once, years ago, sending a screenshot of a guy that I thought was cute to him, rather than sending the pic to my friends.

HALBAL: This is gonna sound corny, but SoundCloud has a bunch of music from unknown artists.

HALBAL: 🤣🤣🤣 No passwords will be shared. 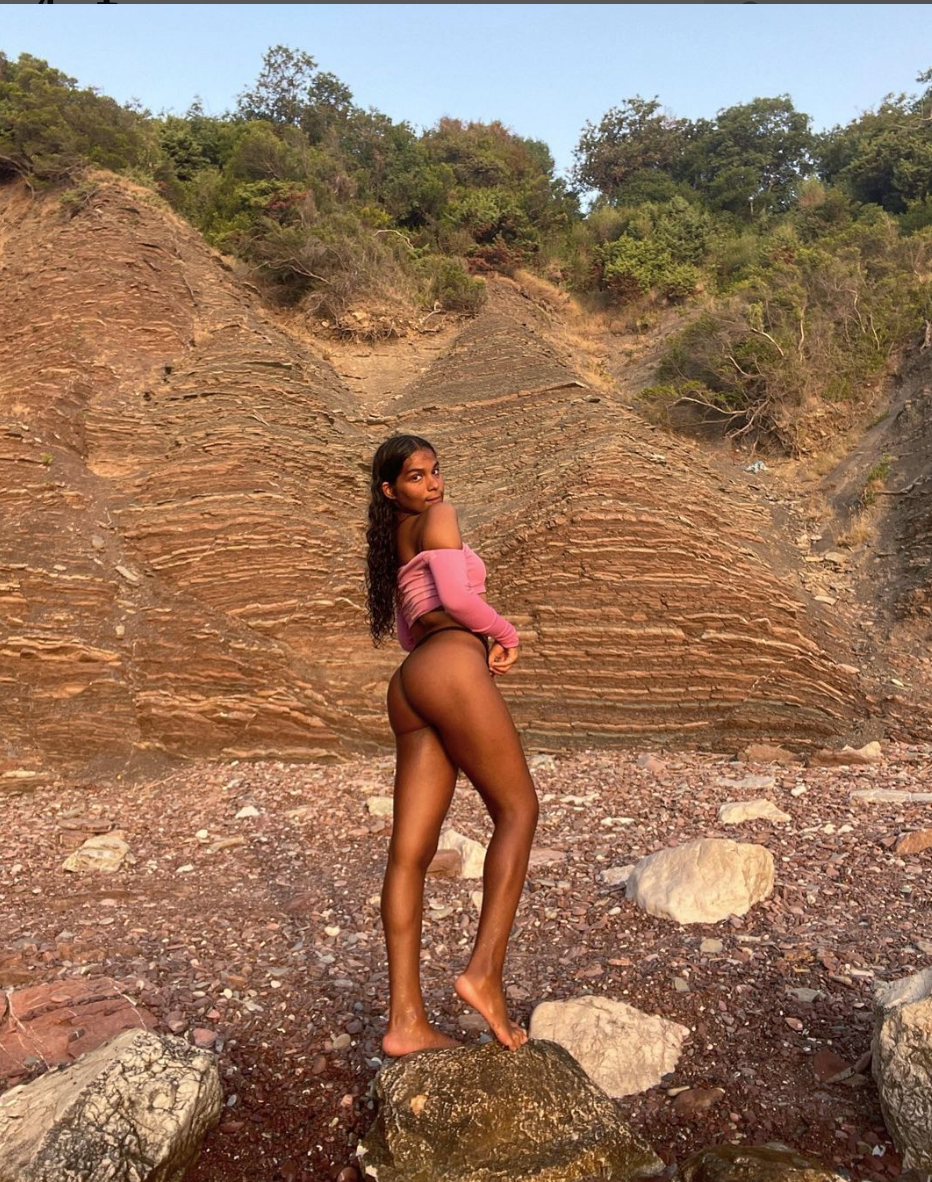