Welcome to Thirstory, where we whet your appetite with pages from the Interview archive that were almost too hot to print. This week, we purchased tickets to Dollywood to celebrate Dolly Parton’s 75th birthday by visiting our July 1989 cover portfolio.

On an appearance last week on Late Night with Seth Myers, Fran Lebowitz, former Interview columnist and star of Pretend It’s a City, expressed her disdain for New York City Mayor Bill de Blasio. “He is universally hated. He is like the opposite of Dolly Parton. Everyone loves Dolly Parton, and everyone hates Bill de Blasio,” Lebowitz said. “There is no doubt in any New Yorker’s mind that Dolly Parton would be a much better Mayor than Bill de Blasio.” While we’ll leave the case of de Blasio to the citizens of New York, there’s one thing we can all agree on: the universal importance of Dolly Parton. The musical icon, who celebrates her 75th birthday today, has officially been making the world a better place for three quarters of a century. Even if you’re not a country music fan, Parton’s influence has likely cascaded into your life some way or another. For instance, did you know that Whitney Houston’s acclaimed song “I Will Always Love You” is actually a cover of Parton’s original from 1973? Or that the “Jolene” singer was an early funder of Vanderbilt University’s COVID-19 research that resulted in the Moderna vaccine? With 25 number-one hit singles, an Academy Award-nomination, and a theme park under her bedazzled belt, the buxom blonde certainly knows a thing or two about working 9 to 5. And now that we think about it, a Parton mayoral run isn’t such an unconscionable idea. Alas, we won’t get our hopes up. In her July 1989 cover story for this magazine, Parton shot down any idea of running for government, saying, “If I ever ran in East Tennessee, I’d probably win. I’m just jokin’ but I have been asked to run. But I don’t want to get into that. I don’t get involved in politics. I just have my own views, and I usually don’t tell people my opinions; I keep them to myself.” 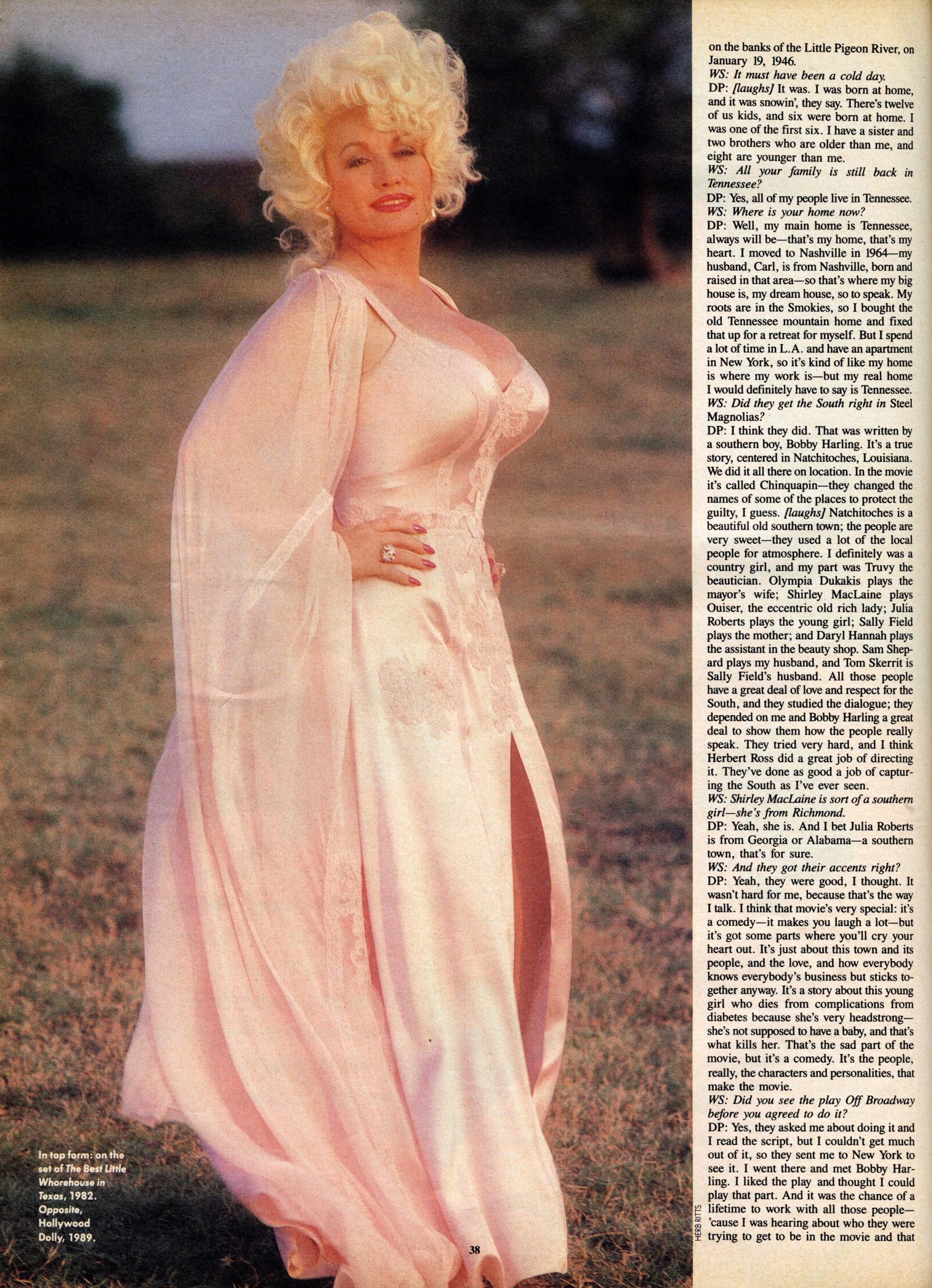