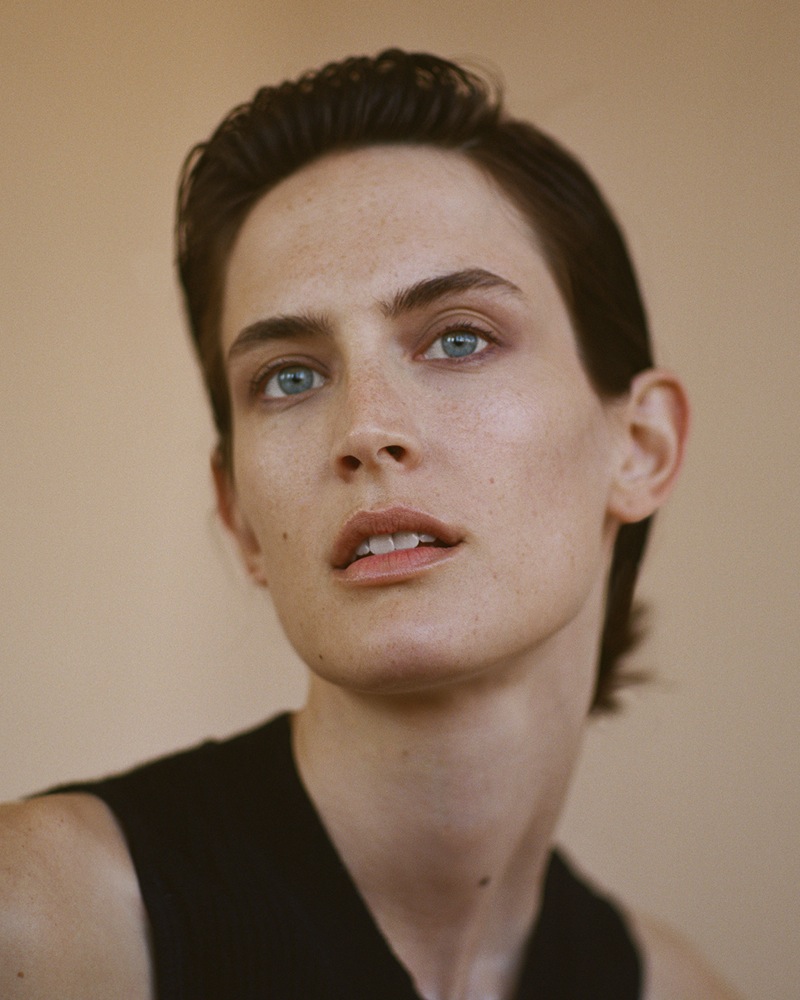 Yesterday, Los Angeles-native Jane Moseley made her runway debut at the Balenciaga show in Paris. It was Undercover designer Demna Gvasalia’s first line for the house, and Moseley walked as an exclusive.

Moseley, however, is not your typical model. Rather, the daughter of horror film actor Bill Moseley, Moseley is first and foremost a visual artist who “love[s] a good weirdo” and values “people who are comfortable not taking themselves too seriously.” Scroll through her Tumblr, and you’ll see Edward Mvnch-inspired paintings of nude women with dark eyes under tongue-in-cheek titles such as Poop Horns and tha fuck is that.  Though she currently resides in Los Angeles, Moseley studied at Bard College in New York and spent her early 20s as part of the New York-based artist collective Still House alongside the likes of Isaac Brest and Louis Eisner.

HOMETOWN: Los Angeles, but I spent a few years in Ireland.

WAS IT VERY FASHIONABLE? Ireland more so. I was a horse girl, so I wore jodhpurs and t-shirts often. When I was growing up in L.A., I went through many awkward phases trying to figure out what felt right.

DID YOU GROW UP READING? Yeah, I definitely tried to get out of myself as much as possible and books were a great help. I was a big fan of H.P. Lovecraft’s stories and J.R.R. Tolkien.

HOW WERE YOU DISCOVERED AS A MODEL? I have a lot of friends in fashion who told me to go for it, even at the tender age of 28. My mom used to model so I figured it couldn’t be that bad

FONDEST MEMORY: Watching horror movies with my dad when I was a kid. He acts in them so it was a family tradition.