Welcome to Thirstory, where we whet your appetite with pages from the Interview archive that were almost too hot to print. This week, we celebrate the 40th anniversary of her Calvin Klein Jeans commercial debut by revisiting the August 1983 cover feature starring Brooke Shields.

Can you recall the exact time and place when you first heard Brooke Shields whistle and whisper the words, “You wanna know what comes between me and my Calvins? Nothing.” With a Kardashian breaking the internet every other day, few modern moments illicit the ramifications that a 15-year-old Shields did when that infamous slogan slipped from her lips during the Calvin Klein Jeans commercial that debuted on November 19, 1980. In fact, one could argue that, 40 years ago today, the young model and actress broke the internet before it even existed. Captured and creative directed by the legendary photographer Richard Avedon, the television promo and accompanying print campaign was steeped in as much controversy as it was success. Within 24 hours of airing, both CBS and ABC pulled the ad from their airwaves, deeming the commercial’s frank sexuality, coupled with Shields’ age, too much for audiences. According to Avedon, this was the plan all along. In Avedon Advertising, it’s explained that the photographer wanted the ads to be “completely quotable,” saying, “If they do not catch on with the talk shows and the audience I will have failed.” In the end, the ads were not only quotable, their sales quota blew up. The monograph cites that roughly 400,000 pairs of the jeans were sold each week within a year of the ad’s first airing. Is it worth questioning why? Aside from its catchy campaign schtick, one look at Shields photographed for Interview’s August 1983 edition, it’s clear the ingenue, then 18, with her babydoll eyes, signature eyebrows, and mesmerizing dexterity, could sell a pair of jeans to anyone—even Calvin Klein himself. 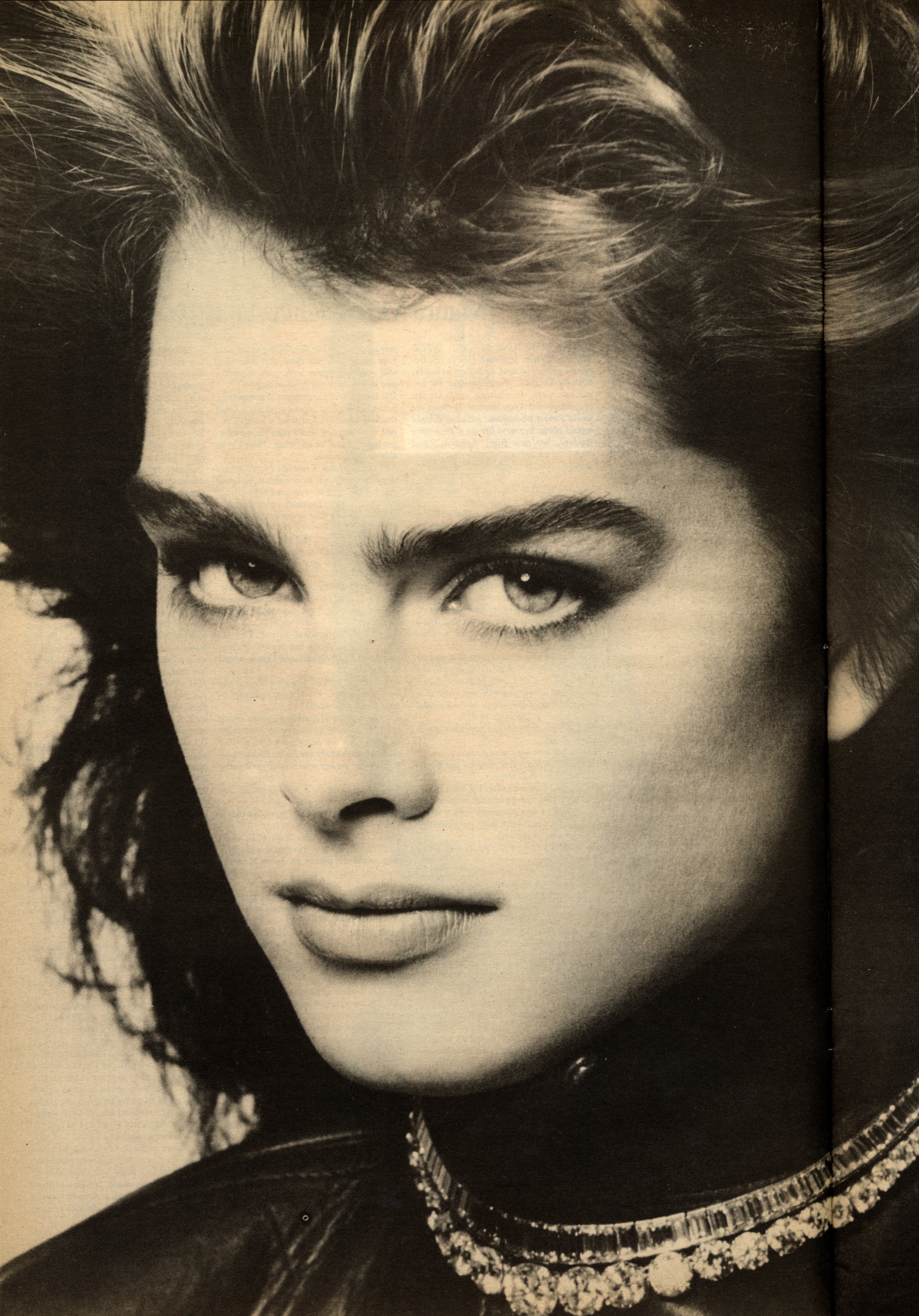