It was the paparrazi who first tipped off Brandon Thomas Lee and Dylan Jagger Lee to the fact that their family might not be normal. As the only children of ’90s royalty—Baywatch’s Pamela Anderson and Mötley Crüe’s Tommy Lee—Brandon, 23, and Dylan, 21, were raised in Malibu but sent to boarding school on Vancouver Island, far from the flashing lights of Hollywood. The Brothers Lee are now back in the City of Angels and ready for their close-ups. With countless other ambitious entertainers “giving it 110 percent,” Brandon (an actor who appears on the reboot season of The Hills) and Dylan (one-half of the electro duo Midnight Kids) know that their family name can only get them through the door. They invited Interview’s Thom Bettridge into their six-bedroom joint bachelor pad in Malibu to discuss sex, drugs, and, yes, Julian Assange.

THOM BETTRIDGE: I really want to talk to you about how you were both raised. What do you think is unique about growing up in L.A.?

BRANDON THOMAS LEE: Life just happens at such an accelerated pace. Everything around you is happening faster. People are losing their virginity five years younger than everywhere else in America. People are getting involved in drugs at a much younger age. When kids in L.A. are 18 or 19, they’re like a bunch of 40-year-olds who have already seen everything. It’s almost like they’re war veterans.

DYLAN JAGGER LEE: Brandon and I went to high school in Canada, so we came back to see our friends in completely different situations than when we left them. L.A. can be amazing, but it can also be the worst. A lot of people think it’s, like, be an actor, be a musician, be a model, or you’re nothing. It’s a pretty dog-eat-dog world.

BETTRIDGE: When did you first realize that you have famous parents?

BRANDON: I have the funniest fucking story about that. The normal thing to do as a parent is, of course, to make your kids feel like everything is normal and fine. I remember one day asking my mom, “Hey, why does everybody take photos of us?” And she said, “Oh, they do that to everybody.” Then, I remember being with one of my friends’ families when I was, like, 10, and we walked into dinner somewhere, and I said to them, “Hey, why does nobody take photos of you guys?”

DYLAN: Brandon was always the test dummy for me. I learned from all of his mistakes.

BETTRIDGE: Dylan, how did your dad respond when you started getting into music? Is he into non-rock music?

BETTRIDGE: I’ve been seeing a lot of people rocking Mötley Crüe t-shirts recently—wearing metal merch in general. Do you have your own stash at home?

BRANDON: I don’t have any of that shit.

DYLAN: I have never listened to rock music in my entire life.

DYLAN: Obviously, we would go to the shows. I used to fall asleep to “Shout at the Devil.”

BRANDON: There are lots of try-hard celebrities out there running around in Iron Maiden shirts. I’m like, “Name one Iron Maiden song, please.” As Dylan said, we used to fall asleep to that shit. You’re not fooling anyone with the Rolling Stones or the Clash shirt 5,000 other people have. 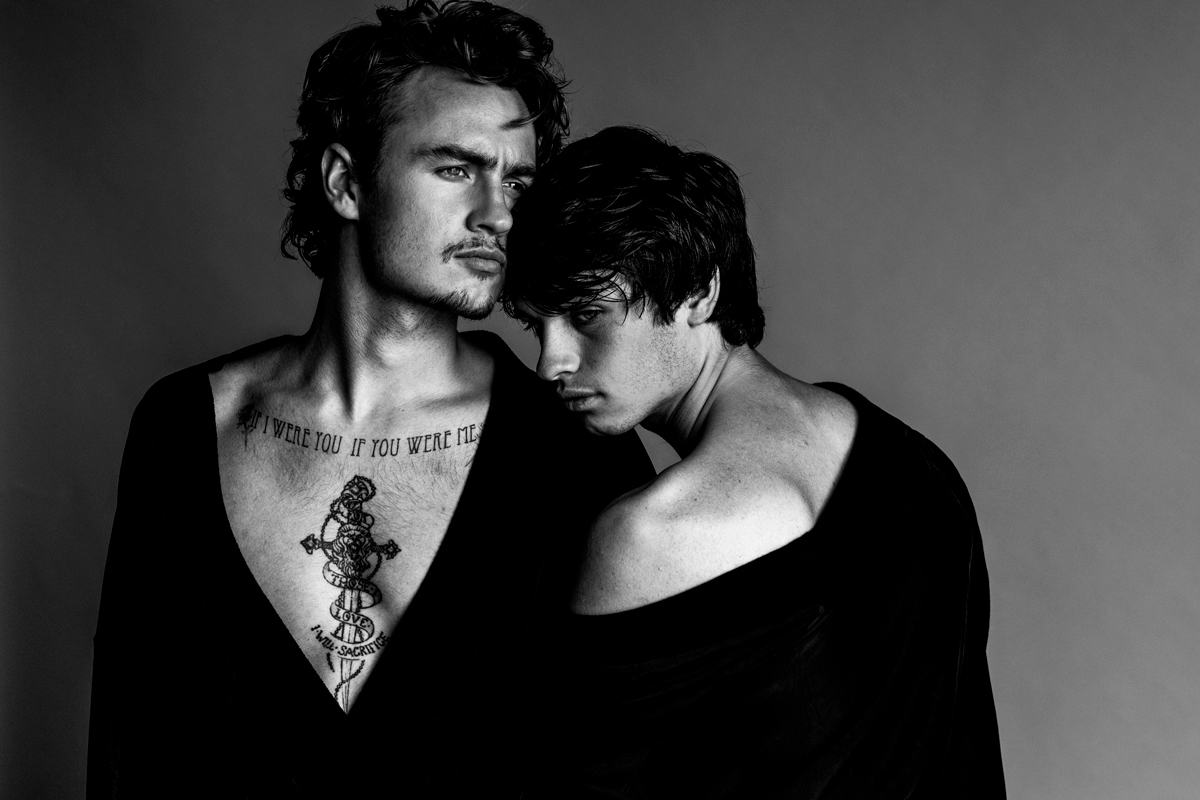 BETTRIDGE: Brandon, what made you decide to do The Hills?

BRANDON: I’ve had a pretty crazy life, and I spent the majority of it hiding from the spotlight, trying to be a normal kid. I used to resent all of this. But I’ve come to a point in my life where I want to show people what I’m truly like. There are a lot of misconceptions about the way we were raised—that we’re spoiled, or that we were given everything. But our friends can back this up: Dylan and I haven’t taken a dollar from our parents since we were in high school. We’ve been working our asses off to buy a house, buy a car, and pay for music equipment and acting lessons. It feels better to do it ourselves.

BETTRIDGE: How is it going through this acting journey and this sobriety journey at the same time?

BRANDON: Being sober is the best thing that’s ever happened to me. Three years ago, I was in one of the darkest spots of my entire life. I didn’t want to leave my apartment. I couldn’t do anything. Ever since I got sober, I just feel like everything’s gotten better for me. I’ve become a better actor. I’ve become a better worker. I’ve become a better person. I’m not gonna lie, in L.A. it’s really fucking hard to avoid temptation. Girls. Money. This and that. But my career has become so important to me that partying isn’t worth it anymore.

BETTRIDGE: You grew up surrounded by tons of famous people. Has anyone given you good advice about surviving the rat race?

DYLAN: Someone once told me, “There are thousands of other people giving 110 percent. How can you do more than that?”

BETTRIDGE: What about your mom’s friend Julian Assange? Have you ever met him?

BRANDON: You know what? I remember being in London, and he was FaceTiming with my mom, talking about some shit. I don’t know, man. That shit’s crazy to me. This little Pamela Anderson from Ladysmith, Canada, became a Playboy model, and now she is mingling with heads of state and the most wanted people in the fucking world.

BETTRIDGE: Have you talked to her about it?

BRANDON: Yes, and it’s so funny. Everyone thinks that she and Julian are dating or whatever. The world’s so crazy like that. She’s definitely got this savior complex—she’s a protector of the beaten down and the underdogs. If you are facing adversity, my mom is going to stand up for you no matter what.

BETTRIDGE: You guys live together. Who is the messy one?

DYLAN: I’m the clean one.

BRANDON: Dylan is always hassling me about not doing the dishes. He’s fucking crazy.

BRANDON: Dude, it’s where the biggest TV is.

BETTRIDGE: Do you guys cook?

BETTRIDGE: What did you guys think of [the Mötley Crüe biopic] The Dirt?

DYLAN: I thought it was cool. I asked my dad about it, and he was like, “It’s pretty spot on.” I definitely saw some shit where I was like, “Jesus, Dad. Was it really like that?” And he was like, “Things were different back then.” 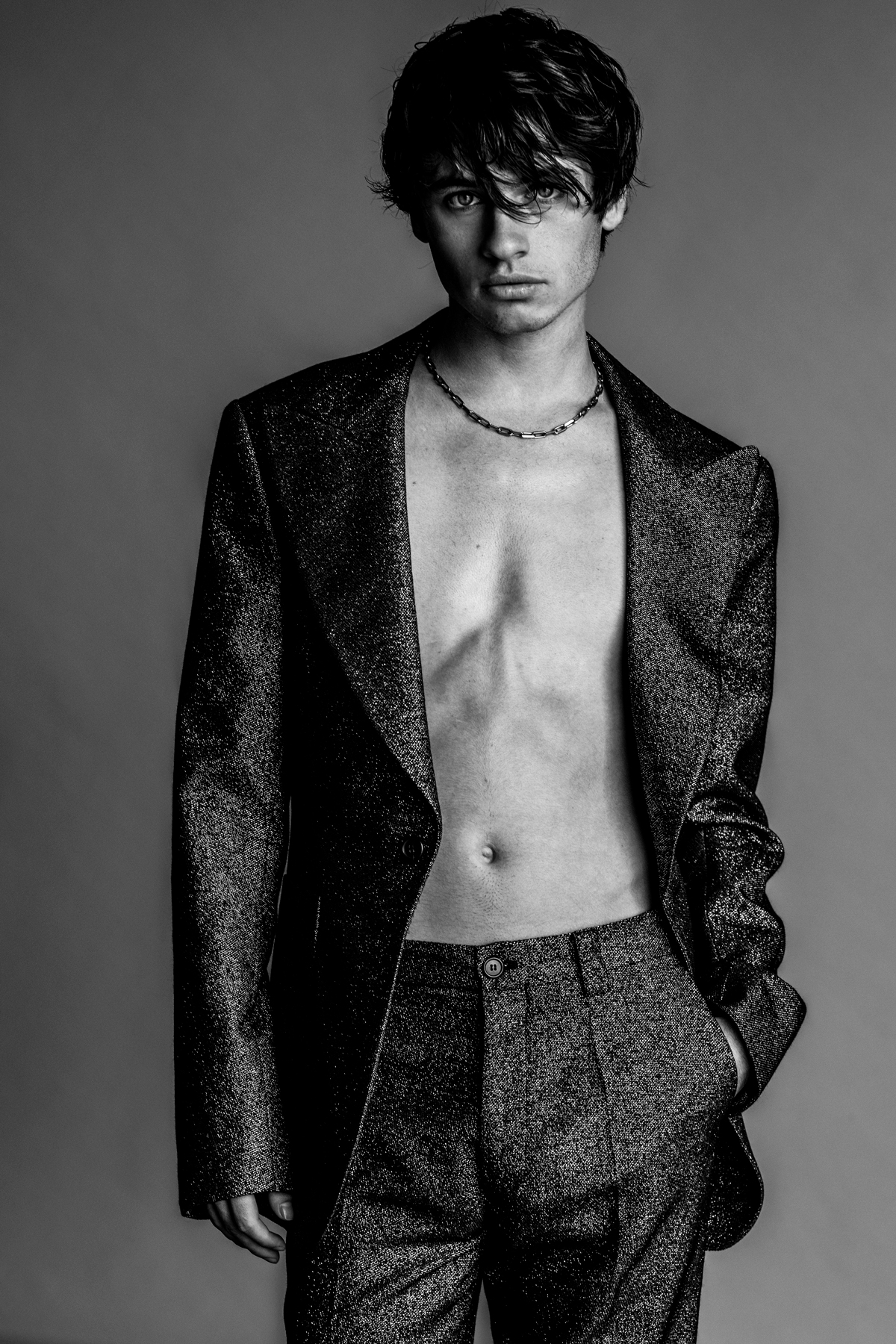 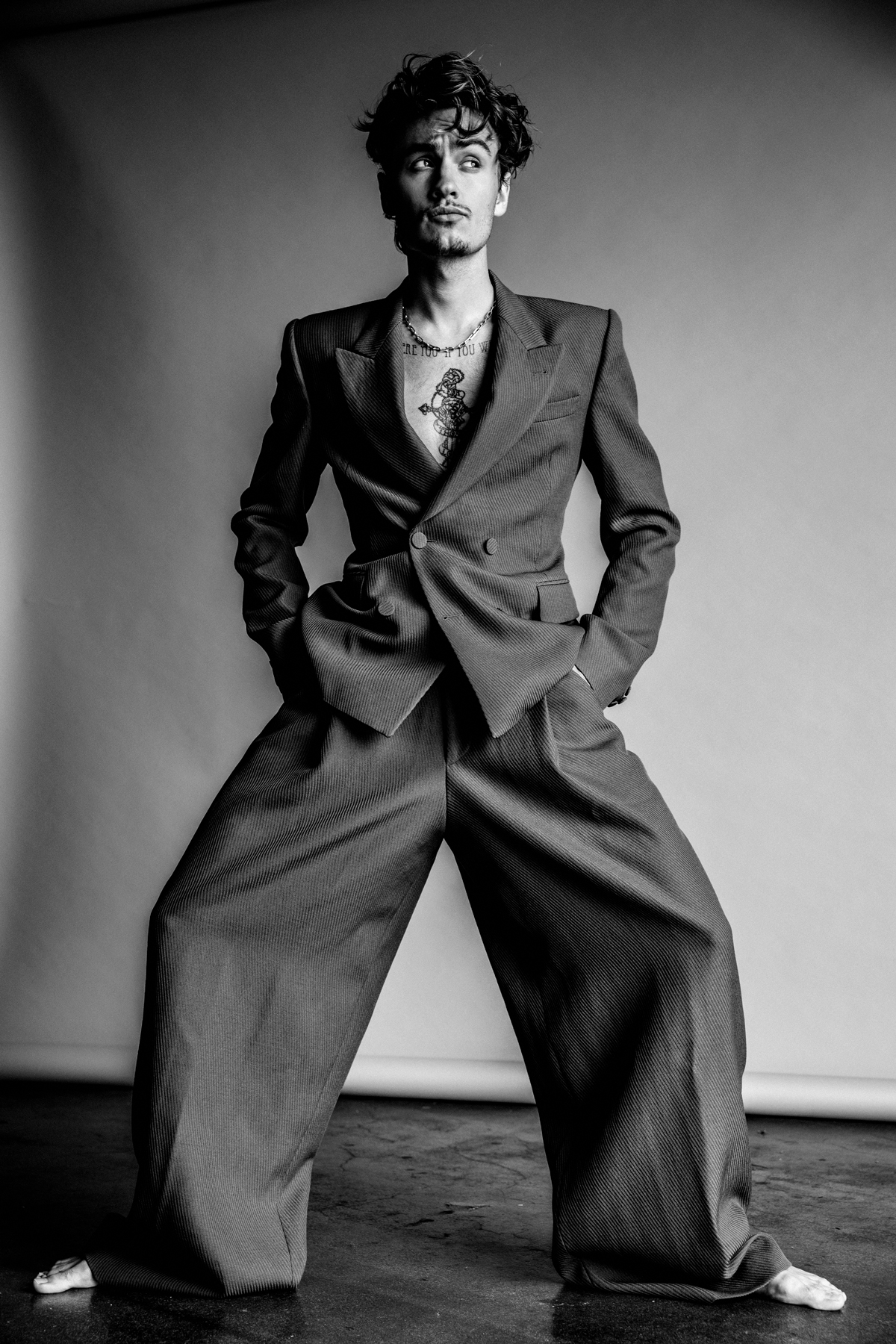 Trixie Mattel Is Here For Ryan Murphy and Kim Kardashian, But Over The Hills