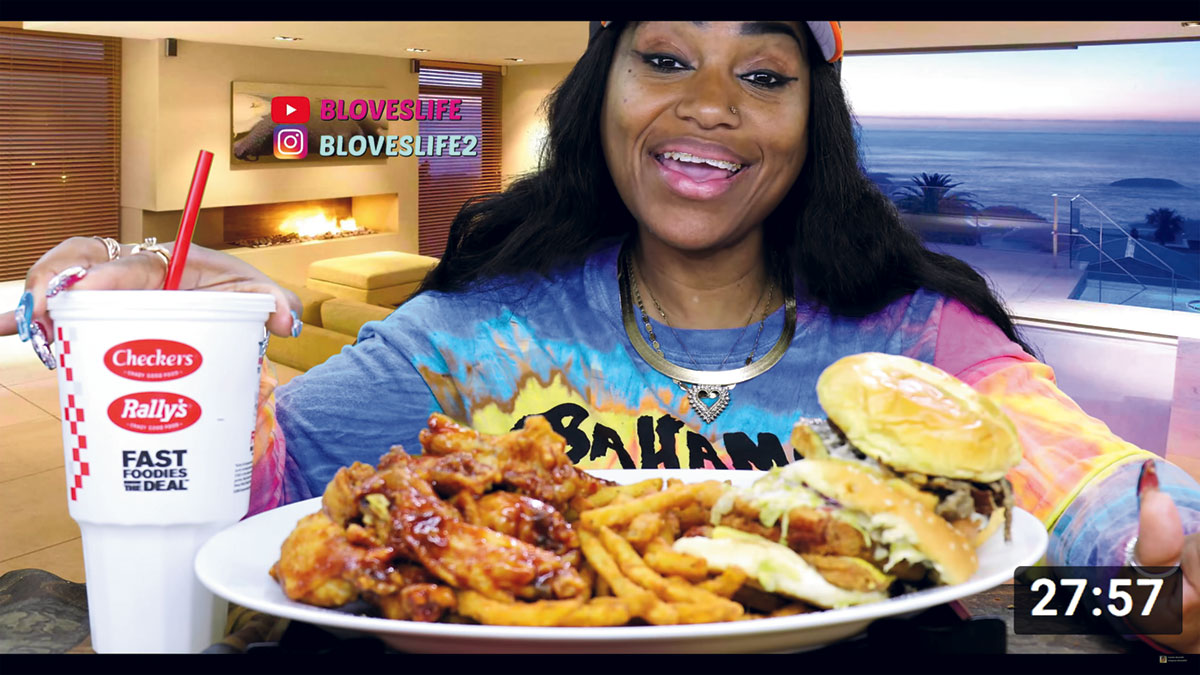 Blove, better known as Bloveslife2 on Instagram, is a star of the originally Korean subgenre of vlogging called Mukbang, which consists of mostly female stars eating gargantuan portions of food on camera. She is particularly known for her seafood boils and her love of hot sauce.

“When I started on YouTube in January 2017, my intention was just to do cooking videos and probably a couple mukbang a week. Now, I do a video a day and have hundreds and hundreds of viral videos with millions and millions of views. Seafood is the most popular. People love the cracking sound of the crab. In my videos, I look like I have a maximum amount of food, but I don’t eat all that’s in front of me. If I had two little bones of ribs, no one’s going to click on that. I do eat vegetables, but not on camera. I don’t know why, but they don’t want to see me eating a salad. Before this, I was making circuit boards for the military. Now I’m putting my life out there for the world to judge me. I think this is going to be popular forever.”