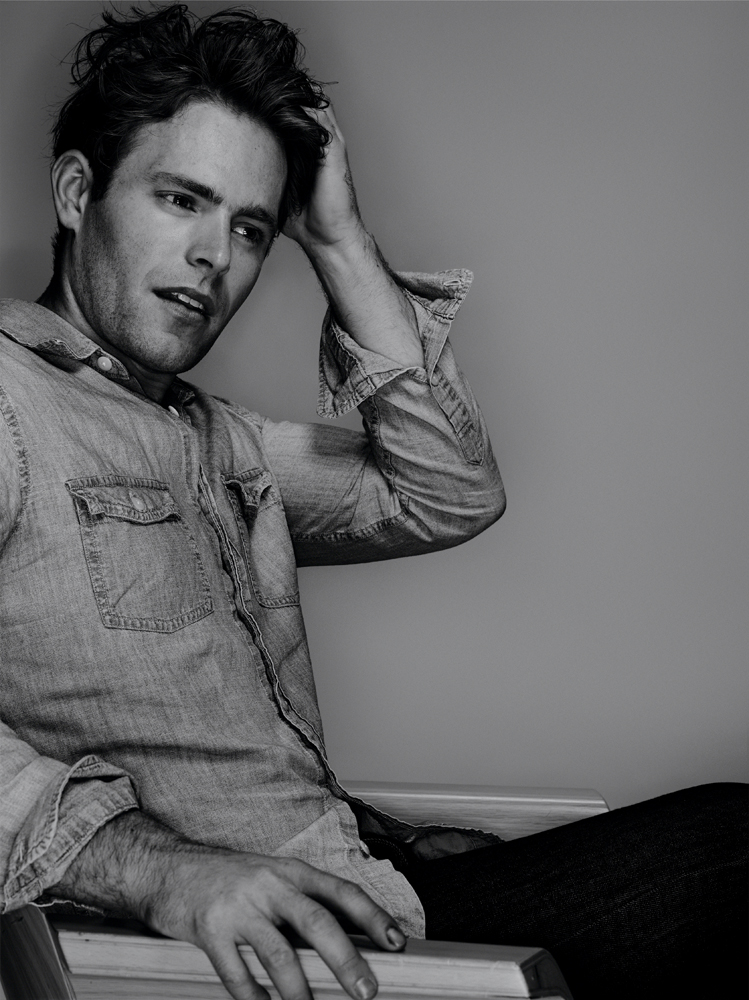 The whole point of having these layers is to create this object that has a physical potential of its own. Ryan Sullivan

There is so much seismic activity at work in 30-year-old artist Ryan Sullivan’s multilayered paintings that, on first glance, one could mistake the canvases for zoomed-in satellite shots of lunar terrains or geographical fault lines recorded by heat sensors. Any closer examination, however, reveals the work of expertly controlled chaos—or rather, neither control nor chaos but the gulf in between where all the material discoveries happen.

By painting with the canvas lying horizontally, Sullivan, in his Long Island City studio, applies volcanic layers of oil paint, latex, enamel, and spray-paint—a process of accretion  that sometimes takes up to a month to accumulate. (Appropriately, Sullivan titles his paintings by their start and stop dates, such as a red-and-shale-colored work called April 12, 2013—May 14, 2013 or a cracking mercury-silver piece with oxidized blue leaking down its side entitled January 30, 2013—February 11, 2013.) The result is a congregation of skins of paint that invade, bubble, ripple, crumple, ooze, or contain to the point of sculptural relief. “I can’t necessarily say, ‘Oh, I want my paintings to be red,’ ” the artist says. “It’s not so theoretical. It’s not preordained. I want to take a lot of time to let stuff happen, basically. The whole point of having these layers is to create this object that has a physical potential of its own. When you have wet paint and dry paint and layers moving, it’s something that I’m responding to.”

Chance plays a part here—as well as the limits of Sullivan’s patience. But in their finished form, the paintings affect a quixotic industrial-organic synthesis whose closest historical predecessor might be Jay DeFeo’s famously encrusted painting The Rose (1958-66). While the presence of a fastidious overseer informs these works, there is no expressive stroke of the authorial hand. “I’ve always been interested in abstraction,” he says. “But I’ve always found the gesture in the hand to be incredibly problematic in painting. And in school [at Rhode Island School of Design], a big focus of mine was how to remove the hand from painting. I’m guiding the paint but there’s no brushwork, there’s no signature going on.”

One of the recent ways that Sullivan has experimented with removing the painterly brush is his method of puncturing the base of a spray-paint can to let its explosive aerosol saturate the surface, creating a materialistic energy and pull divorced from the ego of the artist. Each of Sullivan’s canvases almost appear like test studies in the limits and controls of paint—until the deposits seem on the cusp of rupturing entirely. Another experiment has involved the actual process of managing to breathe in a studio so doused in industrial paint. After researching safety apparatuses that commercial painters use, Sullivan has taken to wearing an almost astronautic helmet that supplies him with fresh air. “I’ve had to discover a lot of my techniques,” he admits, “all on my own.”