Roy Woods is one of the most exciting acts to emerge from Drake’s OVO Sound imprint, and he’s managed to carve out a niche away from his label boss’s shadow. Woods arrived to the music scene in 2015, debuting his first single “Drama” on OVO Sound Radio, and subsequently releasing his first EP Exis through OVO Sound. His later projects, Walking at Dawn and Nocturnal, released in 2016, offered more evidence for his enthralling vocal range and meditative lyrics.

Now, his overdue spotlight has turned up to full brightness. Woods—who is of Guyanese descent and lives in Brampton, a diverse city with a large immigrant community in the greater Toronto area—incorporates dancehall and Afrobeats flavors on his debut studio album Say Less, which came out in December of 2017. Woods deftly blends patois into his melodies; “Your time man mi haffi tek / My girl, ya haffi earn respect,” he croons, on “Take Time” featuring 24hrs. Say Less strikes a balance between feel good riddims and more self-reflective songs like “Undivided.”

With one of rap’s most influential labels at his back and his Afro-Caribbean perspective keeping his music fresh, 2018 is shaping up to be Roy Woods’s year.

TAMEKA ABRAHAM: When did you have that “this is for me” moment, when you knew you wanted to pursue a music career?

ROY WOODS: Well, I always had music as a hobby. I couldn’t play football anymore because I was switching from a public school to a Catholic school in my last year of high school. I wanted to play for my old school, and just do another year of high school—just to play football. I stopped playing football, and focused on music because of the way my life went. I was like, “Fuck! What am I going to do?”

ABRAHAM: Was your family supportive of your decision?

WOODS: Yeah, but my family is really just my mom and my sister. My sister was always supportive. My mom was supportive as well, but she was very confused. She didn’t trust anyone else. She doesn’t trust people. So she was kind of scared to know that I was going to Toronto when I brought it up to her, but I was like “Fuck it,” and I left home, got away, and just did my own thing.

ABRAHAM: Was there ever a point that you wanted to continue your education, or was everything just a split second decision?

WOODS: Yeah, it was really fast. I didn’t really have anything else that I was interested in other than Culinary Arts or Psychology. I already felt like I knew what those paths would lead me to, and I didn’t want to be in that state—or there. I wanted to be comfortable with what I’m doing with my job, and know that I’m going to do something that I love.

ABRAHAM: How were you discovered by OVO Sound?

WOODS: It was just a series of random events that took place after I left home. I went to the city, and I got familiar with my team. And a couple months after that I just continued dropping songs and they got the attention of Oliver El-Khatib. He hit me up in my DMs, and he asked me to continue sending music. So I did, and continued to link up with Oliver, and we just had conversations and spoke a lot about life. He just brought signing to OVO up to me one day, and that’s that.

ABRAHAM: Do you think you and Drake share a similar goal as far as pushing your city’s widespread Caribbean culture in your music?

WOODS: Nice question. I feel like we don’t intentionally go for the same stuff, but a lot of what we do is the same. And it’s weird because we talk, but he’s in Los Angeles—he’s all over the world, and I’m just in the middle of Toronto. So I don’t really think it’s about intention or anything thing like that, but I have realized, you know, “Oh shit! We do have certain things in common.” It’s kind of mind-boggling.

ABRAHAM: What kind of things?

WOODS: Well, one thing we have in common is the way we move. It’s how we move and maneuver that’s similar, and how we engage with people. You know, I’ve watched that. It’s the little things—not really like anything musically, but it leads to that. If you know what I mean.

ABRAHAM: Culturally speaking, how important is it for you to maintain your identity as you shift into becoming a mainstream star?

WOODS: By staying me. That’s the only way I can. I am culture. So if I don’t stay me, I’ll lose all the culture that I have.

ABRAHAM: Do you ever fear losing your identity as an artist?

WOODS: No, because I cannot be moved. Nothing in this world moves me. I have to move me. I’m all about interest. If it doesn’t interest me, I’m not going to be moved.

ABRAHAM: Do you see yourself now as the person you’ve always wanted to become?

WOODS: I feel like I am becoming somebody I never thought I could be. I never imagined to be this person—to look like this. I used to hate myself my whole life. I fight with myself everyday. I’m like, “Oh man. My old life was so simple.” But then again, I hated it.

ABRAHAM: I can only imagine what it’s like for you to walk the streets of Brampton now. Do people treat you differently at home?

WOODS: Well, not really, no. Home is still the same. Home is home for me. Just my mom and my sister. My family in Guyana—they all treat me the same. My grandma treats me the same, and my cousins dem—they treat me the same. I didn’t get to be with my family much this year, but most times I visit them.

ABRAHAM: You performed a string of shows in December around your debut album, Say Less. Each show must have been different for you. What would you say is one thing you want your fans to take away from your shows?

WOODS: I always make sure, when I have a show—I always want people to know, like all the fans and people in the building, you don’t know anybody. So when you come in here, you’re turning up with the person to the left of you, to your right—behind you. You don’t even know who the fuck they are. You know? So when you leave this show, and this building, don’t leave the same way you came in. I want you to leave with those people in mind because we are all who we have.

I want everybody to love others, and themselves, as much as I try to. It seems difficult, but we have to make sure we can love ourselves, and teach another generation how to love. I have a life where there’s a lot of people—especially men that don’t know how to love. Not just themselves, but anybody, like not even their mom. So people need to know about that feeling. I want them to embrace that feeling of turning up, and having fun—that positive tingly feeling in your body. I want people to feel that more—embrace that more. Treat people, even strangers like your brothers and sisters, you know, because that’s exactly why you’re here.

ABRAHAM: I wonder why people don’t know how to love.

WOODS: Well, it’s due to our past. We are all made up from what made us, what we’ve seen, and what we know—from who taught it to us. So that’s going to form for us those feelings. Whether it’s resentment or not wanting to make your parents disappointed, you know what I mean? Only you know your childhood, and what happened to you as a child to make you the adolescent you are, and the adolescent that made you into the teen or adult you are.

ABRAHAM: What’s one crazy story you have from being on tour?

WOODS: Aww shit, that’s a good one. Damn, they’re crazy—really crazy. Everything I’m thinking in my head is for my head—and my head only. I don’t know. I can tell you one cool thing—not really crazy, but really cool. Summer of ’16, I was with DVSN on our tour bus, and we were driving from Vancouver to Edmonton, and that fucking view in the morning was like life changing. It was breathtaking. Those mountains—I don’t even know what to tell you. Those mountains were so gorgeous. It was the most beautiful thing I’ve ever seen on this Earth, honestly. Apparently you can see the Northern Lights. I didn’t even know that. I want to see that too.

TeaMarrr and Issa Rae Just Want to Be Influenced 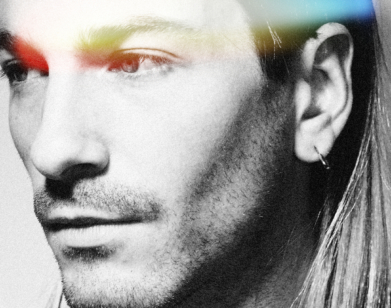