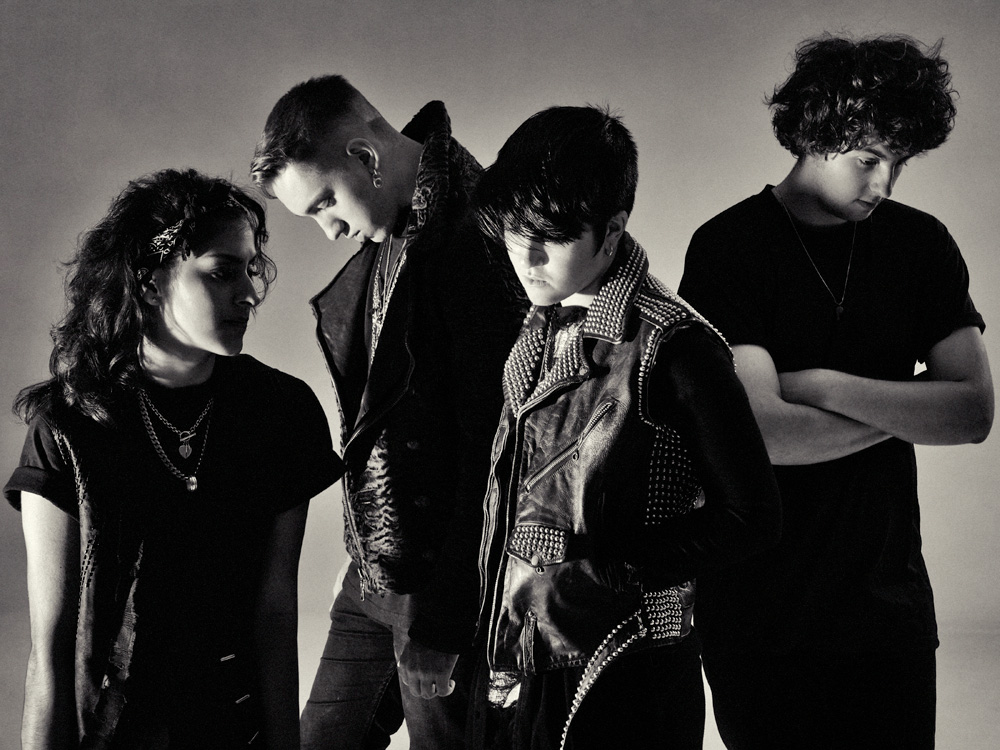 Having grabbed a sizable share of attention at last month’s CMJ Marathon, barely legal South West London quartet the xx have embarked on a lengthy tour. They return to New York tonight before leaving for California, the midwest, and Europe. We caught up with vocalist and bassist Oliver Sim. (PHOTO: SEBASTIAN KIM)

JESSICA LOUDIS: So how did you first form as a band?

OLIVER SIM: We’ve all known each other for a very long time. I’ve known Romy since I was about three, and Jamie and Baria since was I about eleven. We all came up in school together. But it started with me and Romy when we were about fifteen or sixteen.

LOUDIS: I noticed that the school you went to [South West London’s Elliott School] produced a number of now-successful bands–Burial, Hot Chip, and Four Tet. Was this something you were aware of when you started making music, or did you only find out later?

SIM: I was a bit unaware at the time, the only one that people talked about was Pierce Brosnan–  James Bond. I only found out Burial and Hot Chip later, but we weren’t there at the same time as them.  I never know how much credit to give the school. It definitely helped us in that there was a lot of freedom–it was a massive school, there were about 2,000 students, and they let us play around and work stuff out ourselves, really. I don’t know if that was them intentionally giving us time to be creative or them neglecting us a little bit, but it helped.

LOUDIS: Where did the band’s name come from?

SIM: It came from the music. We liked how the double X looks, and I thought the xx had a lot of visual potential for artwork. On the other side, we liked the ambiguity to it, the visual mystery of it. Are we the twenty? Are we the x chromosome? Are we kiss kiss? So it was the mystery. The visual style and the mystery of it.

LOUDIS: Are you visual artists as well?

SIM: Well, we’re very involved in everything, so we did the artwork ourselves, started working on visuals for our live shows, and we’ve been quite involved in the music videos that we’ve done so far. Romy went to art school, she did a foundation course, and I’ve studied graphic design. It’s more of a hobby, though.

LOUDIS: What music have you guys been listening to recently that you really enjoy?

SIM: A lot, actually. For the first time in a long time there’s a lot of music that I’m listening to that’s a bit more current, whereas in past years I’ve listened to my parents’ music, or music from the ‘80s. I think it’s quite an exciting year. People like Big Pink, they’re amazing, we had the chance to go on tour with them, as with Micachu And The Shapes. A band called Trailer Trash Tracies, there’s a whole kind of scene that’s the like aftermath of dubstep. It’s beautiful electronica, people like Mount Kimbie and Pariah–there’s quite a lot going on.