Are Superorganism the new Gorillaz? 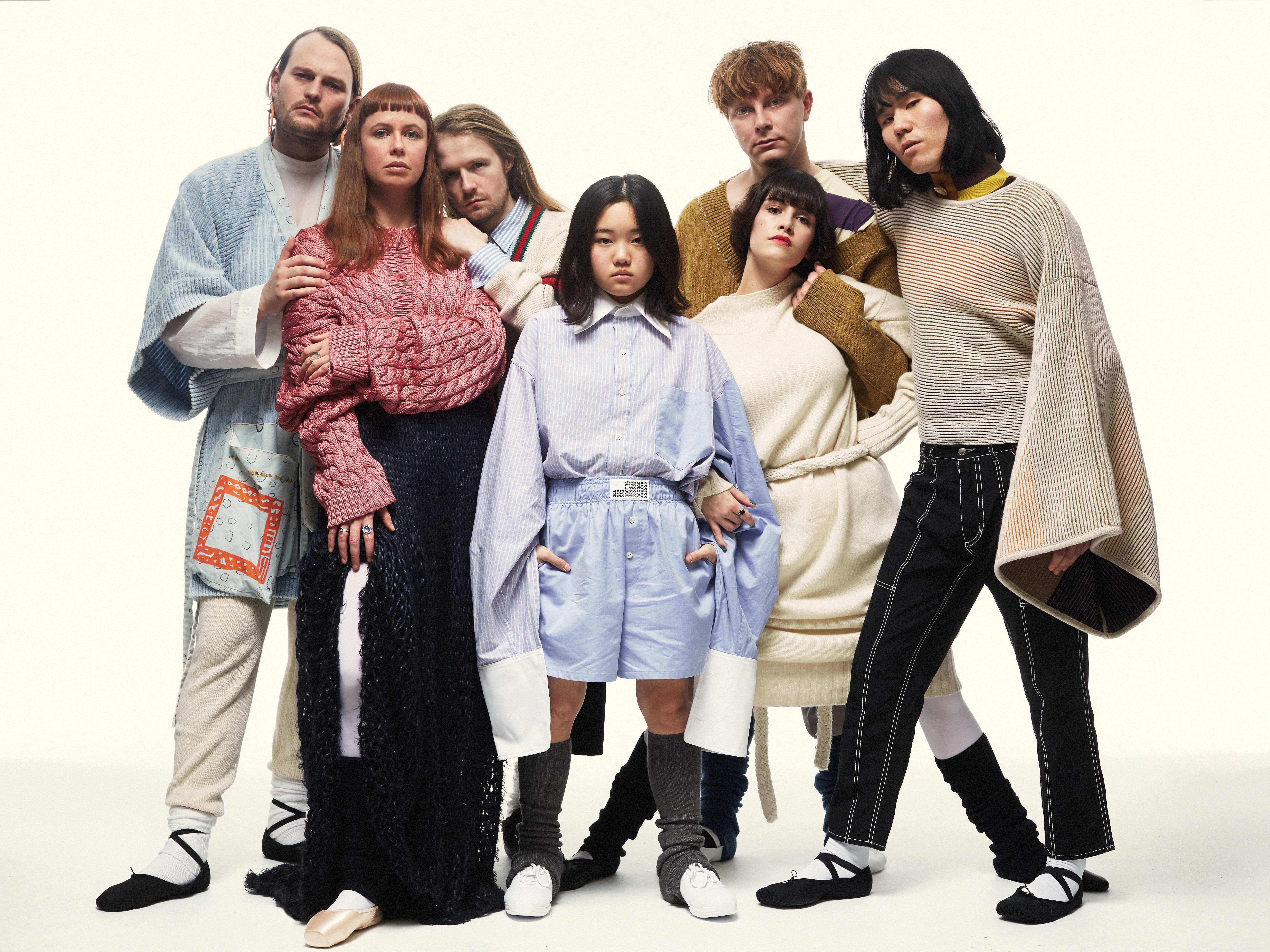 Superorganism, an eight-strong, international, self-proclaimed “DIY pop production house,” have barely been a band for a year yet. Still, they’ve managed to wrap an album, find fans in Frank Ocean and Ezra Koenig (who spun their potpourri electro on their respective Apple Music radio shows), and sell out shows with just four songs to their name.

When the group’s first effort, “Something For Your M.I.N.D.” appeared on the internet, it was nothing more than an experiment by a group of music-obsessed internet friends trying their hand at something new. Music blogs and SoundCloud scourers, however, went wild: its fans began to ponder who was behind this scuzzy, lo-fi gem. Some thought it was A.I. behind the vocals, or some esoteric side project of Gorillaz. Then it was swiftly deleted—removed from the internet for appropriating a sample of C’hantal’s “The Realm”—just as the band was gaining significant traction.

Who the hell were behind Superorganism? This was all the work of an octet that had barely met each other, with members hailing from just about every continent imaginable. The song they were addicted to was not sung, as some thought, by a computer, but by a 17-year-old Japanese schoolgirl named Orono living in Maine. She wrote and recorded the lyrics in 30 minutes on her Macbook Air while lying in bed.

“That felt like a big bang moment for us,” claims Harry, Superorganism’s guitarist, who’s calling from the warehouse in East London the band have converted into a live-in studio, each room acting as a different element in the Superorganism make-up. The hype around that one song led to a deal with Domino Records, at which point they decided it was time they should actually meet in real life.

“Our lives are all pretty intertwined at this point, and we’re all best mates,” he says. “The thing that binds us all together is that none of us have super strong geographical roots. We’re all varying shades of misfits.” Most of the band moved from country to country as teenagers, just as their tastes in music were forming, so they “[grew] up with the culture of the internet instead.”

The world wide web is pivotal to Superorganism. Without it, the group—who all met on music forums and through mutual friends online—wouldn’t exist in the way they do now. It’s a trait they share with an artist they all galvanize around, the criminally underrated British synth-pop star Charli XCX. Her modern mixtape collections of collab-heavy pop are “weird and have so many phases,” Harry claims. “It deconstructs pop music while keeping the conciseness that makes [the genre so universal].”

Even their own sound, an electronica pop collage of off-kilter synths, samples, and angsty lyrics, feels like the product of the social media-savvy Gen Z band. “The world’s too small for me … my face on every screen,” Orono quips semi-sarcastically on the group’s first single of 2018, “Everybody Wants to Be Famous.” It sounds like it could be made in somebody’s bedroom—and it was: eight of them, if we’re being fastidious.

“We wanted create a DIY simulation of what the pop studios were making,” Harry tells me, on the way the band tunnel eight frenetic and colorful ideas into one. “Think about Kanye creating A Beautiful Dark Twisted Fantasy, and look at the credits on it. It was a huge pooling of talent that turned into a singular vision. We wanted to do that—just with no budget in a house in East London.”

“We have an abstract idea of what a band should be,” Harry adds, listing off each component of the band and their respective title: Harry plays guitar; Tucan writes and produces; Ruby, Orono and B are on the mic; Emily on synths and Seoul is on backing vocals. “While we do have members who are the clear songwriters or image-makers, at the same time it’s all democratic in the way we divide up the labor.”

Handed from one person to the next, the conveyor belt creation of pop music these days is the first thing that its naysayers twist to point out its facetiousness in the music realm, but it’s rarely a bad way of doing things. In Superorganism’s case, their in-house production studio with so many members lets them work organically and at lightning speed. Harry claims that after releasing “Something for Your M.I.N.D” “a dam burst.” Eight months later, the band were in a meeting deciding on the final tracklist for their debut album, due out this March.

The way things are going, it wouldn’t be overly surprising to see Superorganism drop a second big body of work by the end of 2018. After all, they’re constantly making music. Would they be open to the idea of welcoming new members to speed things up a little? “I’d never say never,” Harry laughs, “but we’re good for now!”