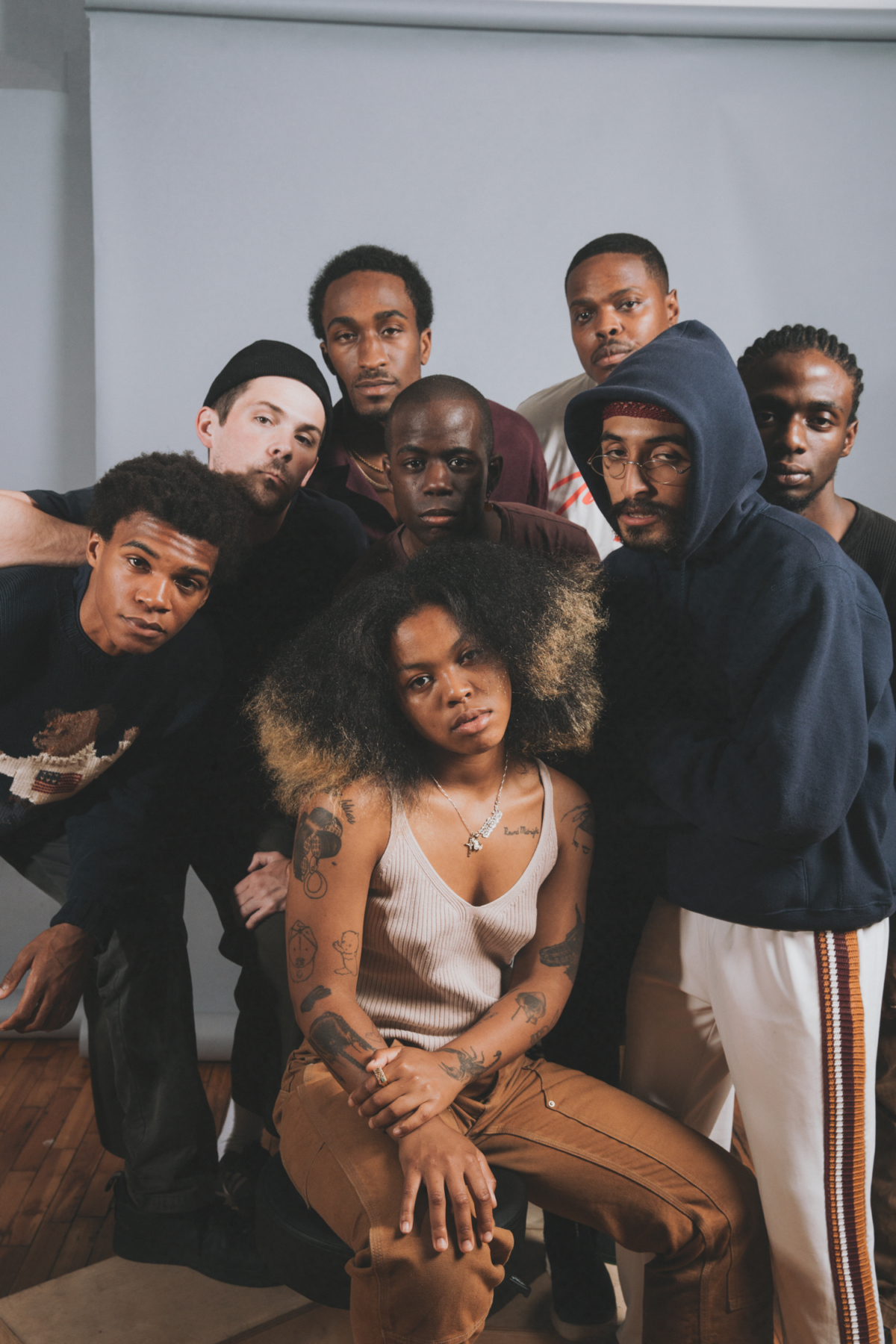 Gio Escobar understands why people call his music “post-genre,” but that doesn’t mean he agrees with it. “It has to do with people thinking that it’s hip-hop, but not really,” he says. “To me, it reads as something that somebody wrote about us, and then everyone kind of ran with it.” The “us” the Brooklyn native is referring to is Standing on the Corner, an amorphous collection of musicians and collaborators he has assembled to help him on his quest to uncover a yet-to-be identified truth. “If I’m building anything, I’m building a myth, or working toward figuring out whatever the universal mystery is, the mystery of life.”

Escobar was introduced to music in churches across Brooklyn, where he played the electric organ for money. “The denomination didn’t matter to me,” he says. “Hymns are hymns.” It was there that he discovered the importance of repetition, not for the sake of cementing meaning, but because it makes meaning mutable. “Repetition is aligned with the church and the Bible,” he says. “Every time you read the words in the Bible, you get something different. And the more you do it, the more the truth reveals itself.”

That early brush with devotional music laid the groundwork for the kind of versioning and sampling that runs through Red Burns, the 2017 album that painted a portrait of a city—and a country—on fire. Escobar, who studied jazz and journalism at The New School in New York, recorded the songs alongside the producer Jasper Marsalis as the follow-up to Standing on the Corner’s 2016 self-titled debut. Featuring two tracks that run uninterrupted for one hour and borrow from jazz, soul, punk, and hip-hop, the music sputters and stutters, mounting in tightly wound feedback loops, like someone drilling deep into the earth, churning dirt and rubble as they go. Or so we think. “It’s hard for me to tell if anyone knows what this is, what it sounds like,” he says. “We’ve been called some crazy shit.”