Rapper Mozzy: I treat janitors the same as CEOs 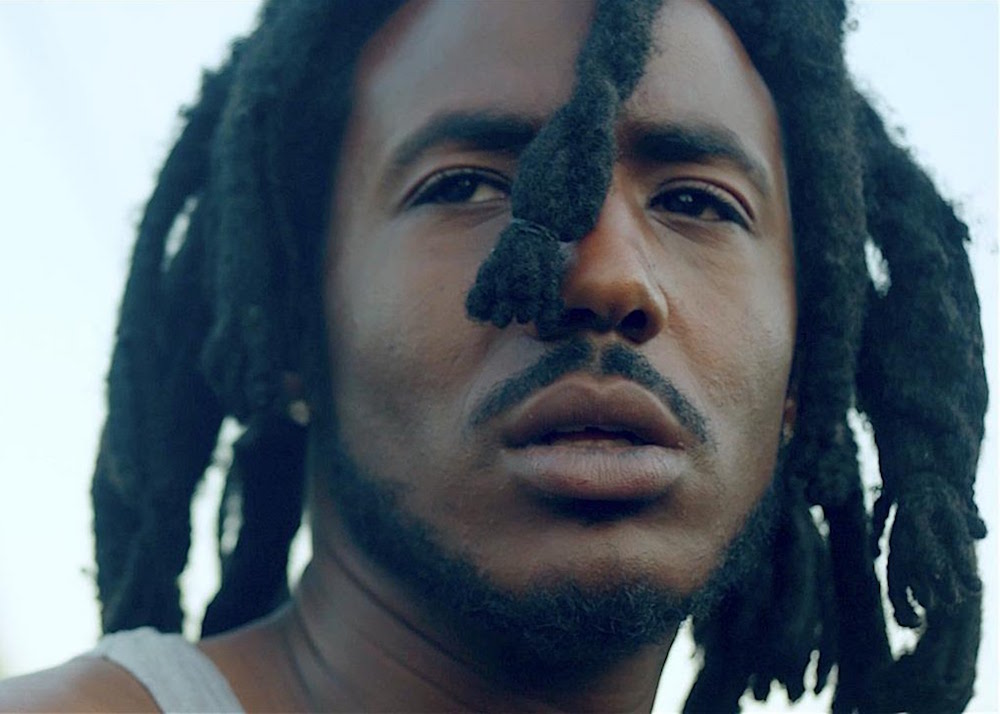 STILL FROM THE MUSIC VIDEO FOR “SLEEP WALKIN”

Timothy “Mozzy” Patterson has just lost his wallet. The 28-year-old Northern California hip-hop artist rolls into The Crofoot—the venue he’s about to perform at in Pontiac, Michigan—with a double-cup concoction in hand. Although it’s well before the show is set to start, the venue is already popping off with trap music and moody lighting. Mozzy’s manager and DJ, Dave-o, escorts us backstage, down a set of stairs, and into a cloud of smoke. Dave-o takes a look back at me and says, “You’re immune to the smoke, right?”

Through the haze, I make out about 20 to 30 members of Patterson’s camp—mostly young men from his neighborhood who he pays to work on his tour. “That’s one of the dopest parts of this whole thing,” explains the rapper, once we’ve made it behind closed doors. “This is a dream come true, this is what a nigga been dreaming about his whole life, to be able to provide jobs for people in my community, be able to take little niggas out the trenches to see the world, to see there’s more to life, there’s more to the world than just Oak Park.”

Oak Park, where Patterson was born and raised, is a neighborhood in Sacramento known for strong ties to the Bloods. Like many young men in his neighborhood, Patterson became wrapped up in gang activity at a young age.

“You know, I failed at sports, I was too short, I couldn’t get the ball in the rim, I took to gangbanging hard,” he recalls. “We can really get stuck in that mentality and think like, ‘This is everything.’ I’m talking about people risking their life for their neighborhood, they go to jail and do life for that neighborhood, and it’s so little compared to the world.”

He warns against the temptation to “put all our eggs in one basket for something that’s so little. So, for them to be able to come out here, they learn there’s more to life than just the hood.”

For Patterson, music offered a way for him to experience life beyond Oak Park. “I been writing since I was about 12 or 13, and I got out my first album at 14,” he says. “This is my passion—wordplay, communicating with my people, being able to relate to my people like nobody else, just being able to give descriptions about what transpires in our neighborhood.”

Although he’s been rapping for over a decade, Patterson came into the spotlight in 2015 after releasing Bladadah, recognized by Rolling Stone as one of the best albums of that year. He stood out from the pack by imbuing his raps with hard-worn authenticity, the truth of his experiences leaving a grit that can’t be scrubbed off. The prolific artist has released 15 mixtapes since then, including his most recent, One Up Top Ahk, which he describes as the story of his life.

Mozzy has been able to trade in gang-banging for a rap career, and hopes to offer the same opportunity to his crew back home. He seems himself as the Bloods-affiliated version of Robin Hood, redistributing profits from his music back to the under-privileged. “I’m a multi quarter-millionaire,” Mozzy exclaims, half-boastful, half self-deprecating. “I just want everybody to win and I want to see everyone from my community successful in one way or another. I find ways to give them money, I really just wanna give them all my money so everyone can be ballin’.’”

When I ask Patterson about his daughter at home and how touring affects his personal life, he admits that life on the road has its ups and downs.

“It’s crazy, I don’t even know how to explain the difficulty. I mean, right now I just lost my wallet and I’m like, fuck tours … I need to get my life together,” he remarks, still searching for his wallet. “I do got a life outside rap, and hell yeah, this music tampers with it a lot. But it’s my dream and I ain’t finna compromise nothing for it.”

Well, except maybe a credit card or two. At that point, Dave-o chimes in and asks Patterson where he last saw his wallet. Patterson just shrugs, “I don’t know man, I think it’s really gone this time.”

As we meander out of the room and rejoin his crew, Patterson reflects on his character. “A lot of people be uppity, I’m very down to earth,” he observes. “I heard a saying, ‘I treat the janitor the same as the CEO.’ That describes me 100 percent. I don’t care what position you play on this team, if you on this team, you’re MVP.”