Dominic Fike Enjoys Flying Under the Radar, For Now 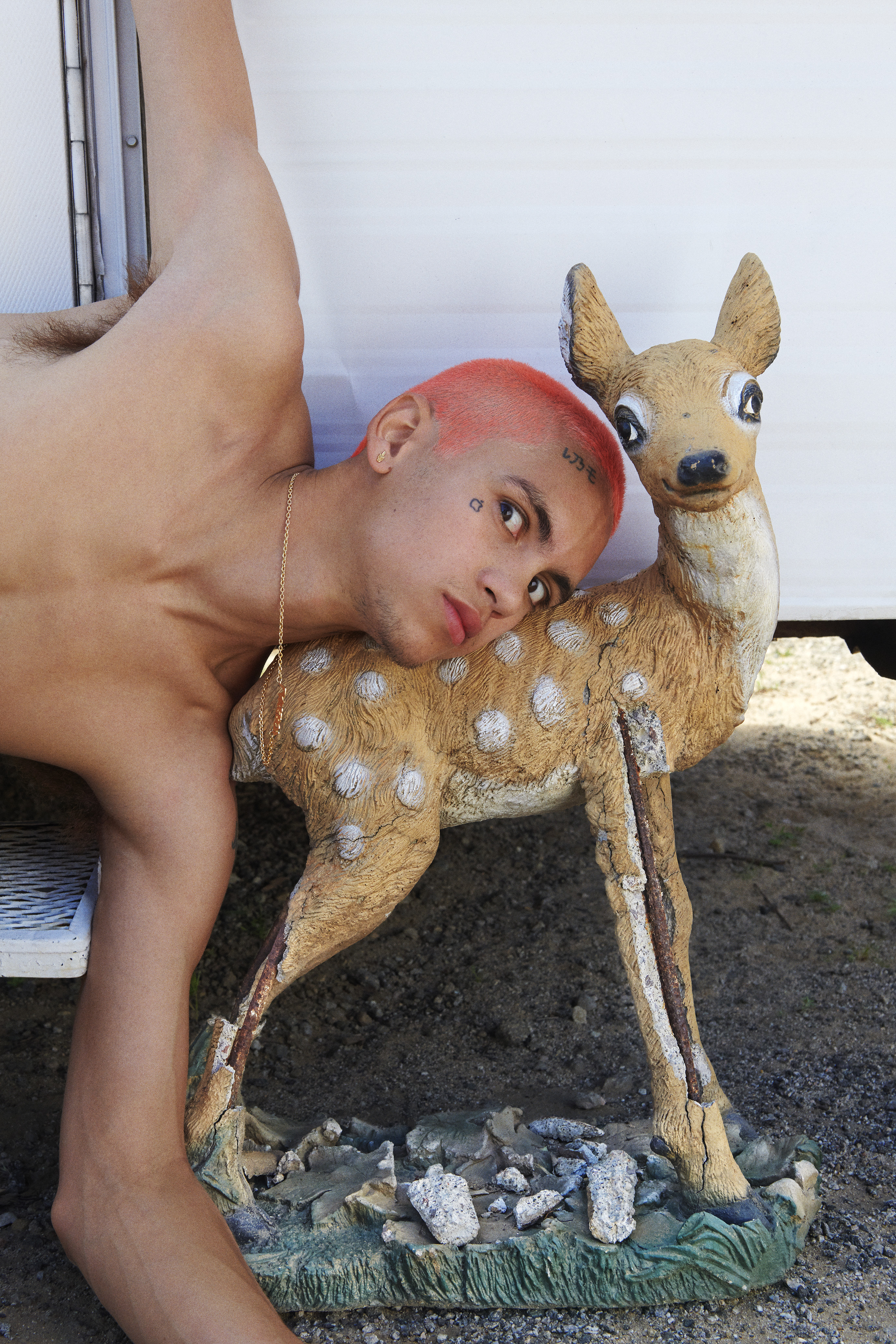 “My homie Reed told me that I should ask them for their name,” says Dominic Fike, when I ask how he handles people coming up to him in public, an occurrence that is much more frequent this spring than it was a year ago. In a time that catapults people from briefly tasting fame to being genuinely famous overnight, the 23-year-old musician sits somewhere in the space between. He’s been written about in The New Yorker, but he could also walk through Midtown Manhattan, on a block with both a Sweetgreen and a Chopt, without being recognized.

The South Florida–born artist’s breakout 2018 EP, Don’t Forget About Me, Demos, was recorded while Fike was under house arrest on charges of assaulting a police officer. That detail, along with the bidding war following the release of his debut EP that led to his reported $4 million deal with Columbia Records, has added a great deal of allure and mystery to his rise. The six-song project, in which Fike alternates between singing and rapping—sometimes on the same track—clocks in at just under 15 minutes, but doesn’t feel short because of how easy it is to listen to on a loop.

Fike’s future, to some degree, terrifies him. “When I’m onstage,” the musician says, “I feel a lot of love. But I don’t like crowds and random spectators. I don’t like going to movie theaters or festivals. I even get freaked out at other people’s shows. I just don’t want to get shot randomly. That’s why I stay home a lot.” And yet, the things that Fike worries about—the fame and the masses and what comes with it—are also the things he clearly wants. Speaking with him about finishing his debut studio album, and the upcoming world tour to accompanying it, he’s riddled with excitement. When I ask him if there was an artist whose career he’d like to have, qualifying the question with “not like Drake,” he says, “Bro, that’s crazy. I was just about to say Drake.” For now, however, he seems keen on enjoying the luxuries of being semi-under-the-radar, while there’s still time. “I just randomly decide to do different things because I can now—it’s dope.” And that’s exactly how it should be, for now. Shirt, Pants, and Belts by Prada. Bracelets (worn throughout) Dominic’s own. Jacket, Pants, and Sneakers by Gucci. Pants by Marni. Shoes by Saint Laurent by Anthony Vaccarello.