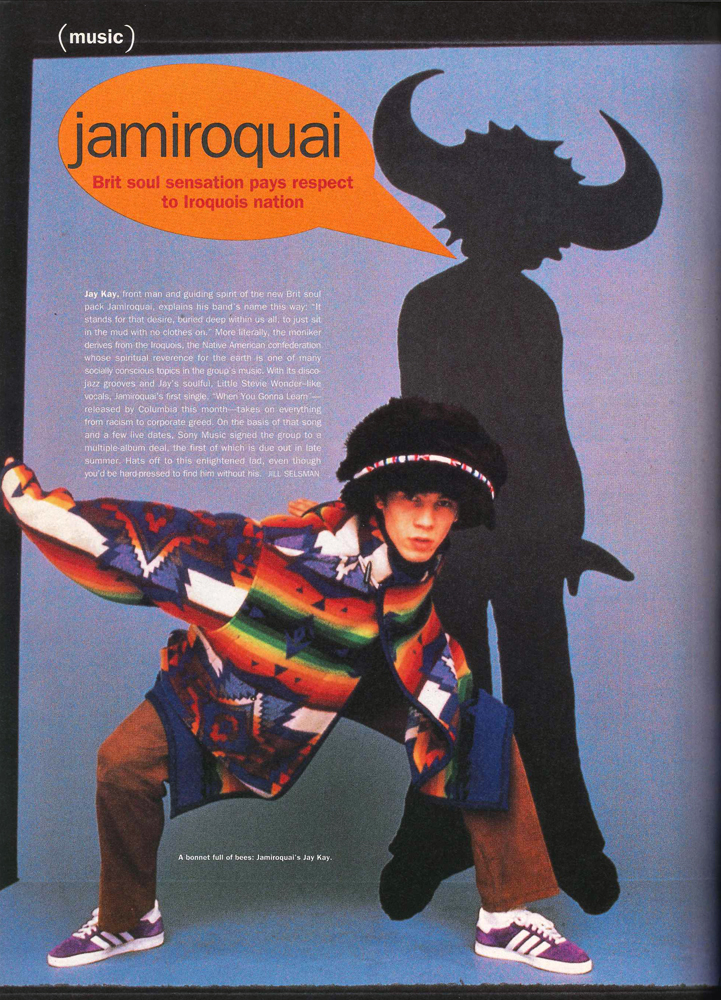 Jamiroquai is back, and as they say, “coming to a planet near you…” After over six years of no new music from the British band, on Monday they shared a video teaser for their forthcoming album: Automaton. The LP is their eighth and set to arrive this March, with a ten-date tour following come May. Back in June of 1993—when Jamiroquai had only a single to their name—bandleader Jay Kay graced the pages of Interview. In anticipation of Automaton‘s arrival, take a look back at our early introduction to the young musician (and learn about the origin of his band’s questionable name).

Jay Kay, front man and guiding spirit of the new Brit soul pack Jamiroquai, explains his band’s name this way: “It stands for that desire, buried deep within us all, to just sit in the mud with no clothes on.” More literally, the moniker derives from the Iroquois, the Native American confederation whose spiritual reverence for the earth is one of many socially conscious topics in the group’s music. With its disco-jazz grooves and Jay’s soulful, Little Steve Wonder-like vocals, Jamiroquai’s first single, “When You Gonna Learn”—released by Columbia this month—takes on everything from racism to corporate greed. On the basis of that song and a few live dates, Sony Music signed the group to a multiple-album deal, the first of which is due out in late summer. Hats off to this enlightened lad, even though you’d be hard-pressed to find him without his.

THIS INTERVIEW ORIGINALLY APPEARED IN THE JUNE 1993 ISSUE OF INTERVIEW.