The Swedish musician Neneh Cherry has been a fixture in alt scenes for the better part of four decades—during her early years as a member of punk outfits like The Slits, as a solo artist releasing funk-punk chart toppers like “Buffalo Stance” and “Manchild,” and as an early streetwear icon and recent muse for designers like Bottega Veneta’s Daniel Lee. Five studio albums and two Grammys later, the 58-year-old Swedish musician is back with The Versions, a collection of Cherry’s own songs reworked by fellow the music industry titans including Robyn, Kelsey Lu, ANOHNI, Jamila Woods and Sudan Archives. For the project, which came to life after Cherry heard a remix of “Buddy X” by her longtime friend Honey Dijon, Cherry gave her collaborators free reign over the creative process. That, as she tells the R&B artist and her fellow Swede, Snoh Aalegra, is the punk way. To mark the album’s release last Friday, the pair met for the first time over Zoom for a chat about nostalgia, getting a Reiki massage from Sia, and finding herself in the woods.—ERNESTO MACIAS

[Both speak in Swedish]

NENEH CHERRY: We’re from the sisterhood of Sweden. Hi! Nice to see you.

AALEGRA:  I’m so excited to be speaking to you, finally. I mean, we’ve never met. I’ve just been admiring you from a distance my whole life.

CHERRY: Oh, bless you. I’ve been admiring you, too. I’ve got to tell you, when we were all locked down in my house, we had one of your tunes on our survival playlist. Every time I heard it, I was like, “Oh my god, I love this song. Who is this again?” And Tyson [McVey, Neneh’s daughter] would go, “It’s Snoh!” You were very medicinal to us on that fucking pandemic journey.

AALEGRA: Did you spend the pandemic in London?

CHERRY: I was here from March to August. Then we ended up spending six months at our house in the forest in Sweden, an old schoolhouse. I grew up between there and New York. There’s no central heating. We were making fires.

CHERRY: Yeah, it was quite beautiful. I haven’t spent that amount of time there since I was young. I’ve had two personal, spiritual journeys that I’ve always wanted to take in Sweden. The first one was living in Stockholm as an adult. I hadn’t lived in Stockholm since I was four, so moving back was a shock to me. It was an important part of me coming to terms with my Swedish identity after feeling like an imposter for so long. I finally got to a place where I’m like, “Yo, this is how I’m Swedish.”

CHERRY: The second journey was staying in my family home in the forest. That was deep. In my family, we call that house “the source.” We always go back there to reset and to connect with our creativity. I really needed it, it took me into another phase of myself.

AALEGRA: I haven’t spent that much time in Sweden since I left eight years ago. I go there twice a year, and I can relate to what you’re saying about making Sweden your own thing, and figuring out how you fit. As an immigrant girl—my parents migrated from Iran to Sweden, and that’s where I was born. Because I don’t “look Swedish,” I have to explain myself. I always ask myself, “Where is home, really? Where do I fit in?” It’s been a constant search, and that’s why music—I mean, it sounds like a cliche, but you can probably relate—makes me feel so at home. It’s one place where people are not questioning you. AALEGRA: So that has been interesting for me, but this is about you! I just want to say that you’re what I would call a Swedish national treasure. You embody everything that I love: your voice, your tone, the melancholy, which all feel very Swedish. Even the infectious joy you have in your music. It’s impossible to watch “Buffalo Stance” and not smile. Your music and your videos are some of the best stuff I’ve seen in my life. I’m so excited to be speaking to you today, and I’m honored that I get to hear this project early. It’s beautiful. When did you decide to make it?

CHERRY: You know,  I feel like the best things sometimes are accidents, like our children sometimes. [Laughs] Basically, for the 30th anniversary reissue of Raw Like Sushi came out a couple of years ago,Honey Dijon did a remix of “Buddy X” as part of the relaunch. It triggered an idea. I was sitting with my family of people that I work with—my husband, Robyn, and my manager. We were like, “It would interesting to get a few people to reinvent these songs instead of doing more remixes.” Honey is an artist in her own right. I’m just so allergic to being overly nostalgic—I’ve always had this absolute allergy to karaoke life. I don’t want to live in the past.

CHERRY: So this is a way of giving the music new life through these new, amazing artists. Passing the baton.”I mean, Robyn did “Buffalo Stance” with Dev Hynes. I think they recorded it somewhere really weird, maybe Las Vegas.

AALEGRA: I was just going to ask you. Where were these songs recorded? Were you in the room?

CHERRY: I haven’t been at any of the sessions.

CHERRY: I would loved to be in the room, but I didn’t want to interfere. For me, it wasn’t about having creative input.

AALEGRA: I love that it’s a female-led project. Was that the plan, or did it just end up that way?

CHERRY: That felt like a no-brainer to me. Then it was a dream situation of reaching out to these amazing women that I felt very touched by in this moment. So many people said yes. The initial idea was to keep to Raw Like Sushi, but people were getting excited about other songs.

AALEGRA: I was going to ask you about one of the versions of “Manchild” you did with Sia. I read that she’s the first person to ever give you Reiki. Can you tell me about that? Because I’m very into Reiki, but I never got it from Sia. She seems very intuitive.

CHERRY: It’s a funny thing with Sia.  I haven’t seen her for a while, but I absolutely adore her, and I will always consider her a part of my family. My household has always been an open house, and there have always been people coming and going—Cameron, my husband, worked with her and they’d become quite close. I had been completely obsessed with the Zero 7 album, which was the first time I heard Sia sing.

AALEGRA: How did you meet?

CHERRY: We met at my house. I guess I was in a slightly funny place in my life. I was going through some things, and I was supposed to be working, but I wasn’t really inside myself. Anyway, something went down one day, and she was like, “Look. Have you ever had Reiki? Do you want to try it?” I don’t really like going into any old massage joint and having people rub my back, I don’t like people coming up in my space, even though I’m a very physical person. But Sia was like, “Let’s go to your bedroom,” and she laid me on the bed. This is 20 years ago, and I’d never even heard of Rieki. It was pretty intense, and afterwards, there was this incredible trust between us.

AALEGRA: My next question is about “Sassy,” which your daughter Tyson sings on. You have three children. Do they all sing?

CHERRY: I have three daughters and a stepson. They all make music.

AALEGRA: It’s so cool that you guys are a musical family.

CHERRY: It’s funny how it’s ended up that way, but my mom used to say, “The stage is your home and the home is your stage.” She had very insightful ideas about family, creativity, and being an artist. It’s part of who we are, and I have expressed things there through music or performance that I can’t put it into words. It’s from the soul, and it comes up through your feet.

AALEGRA: Did you have any say in the final mixing process?

CHERRY: I didn’t touch a thing. I wanted each artist to feel like the song was theirs, because it’s a very personal thing, doing someone’s song. Tyson remembers being a kid in the studio when I did “Sassy.” She really wanted to do it, because it’s in her DNA. She had to go an evolution to find a way to revisit this music that she feels so close to, but in her own language. AALEGRA: I love that.

CHERRY: I cried when I heard it.

AALEGRA: Obviously, you’ve inspired all the artists on this album. Who has inspired you?

CHERRY: Music was a constant in my house, and my stepdad was a jazz musician. We had a crazy record collection of everything from Miles Davis and Sly and the Family Stone, to Chrissie Hynde and Polly Stone from the X-ray Specs. But it was the female voices that helped me find myself. My epiphany record was one I found by mistake, it was Tanya “Sweet Tea” Windley and it called “Vicious Rap.” It was the only female rap record sitting on a wall of records. I was like, “Give me that.” I didn’t even listen in the store. I wanted to be her.

CHERRY: Yeah, and also MC Lite, Roxanne Shante, Mary J. Blige. I mean, it goes on and on, but something about those women gave me strength and purpose.

AALEGRA: That’s how I feel about your music and artistic persona. It embodies strength, and you’re so vulnerable at the same time.

CHERRY: It’s fun to have party songs that make you want to get up and dance, but are still emotional— that’s why I love Frank Ocean. He has that thing that Stevie Wonder has, he just makes me feel too much.

AALEGRA: The epitome of feels. He changed the game of R&B. With his writing, being honest about who he is. Everybody had to step up, and I’m so grateful that he exists. Are we going to see these songs live?

CHERRY: I think so. I’d love to do some of these songs with the artists, but I also want to maybe do their versions in my own set. I think some of them are better than the originals. I love Sanibel’s version of “Kisses On The Wind.”

AALEGRA: I love that one so much. My last question: What’s your favorite Swedish pastry?

AALEGRA: Good. I’m obsessed with all the Swedish pastries.

CHERRY: I also have a question for you.

AALEGRA: Oh, you do?

CHERRY: You know, there’s one song left that no one’s done, and that’s “Seven Seconds.”

AALEGRA: Oh my god. I can’t. . It’s so perfect. Nobody should touch it.

CHERRY:  [Laughs] I just wanted to ask you. Think about it.

AALEGRA: I’m extremely honored that that sentence even came out of your mouth

CHERRY: I’m so happy to talk to you.

AALEGRA: Likewise, and I hope we meet each other in person.

CHERRY: I’ll DM you back. It’s the modern way. 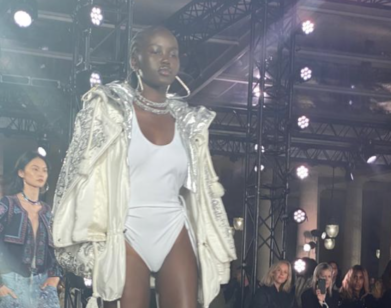