Midnight Magic, to the Nines 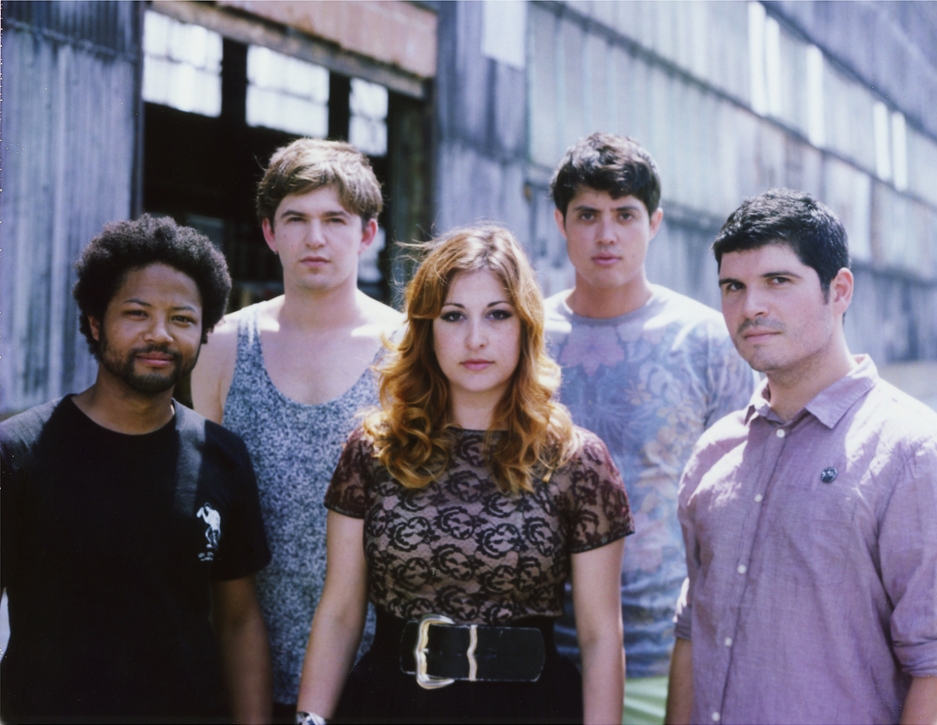 Carter Yasutake, Morgan Wiley, Nick Roseboro, Jason Disu, W. Andrew Raposo and Tiffany Roth—the main members of nine-piece disco house band Midnight Magic—have been floating around the Brooklyn music scene as a band since 2005. “We started making music around ’05, but we were another band called Fidelio, which is the password in Eyes Wide Shut,” explains lead singer Tiffany Roth. “[That’s] the most ridiculous band name ever. Not that Midnight Magic is much better,” she chuckles. In 2009, they took on their current form and began slowly making a name for themselves—and not just because several of their members were session players for LCD Soundsystem and Hercules and Love Affair.

Tracks like “Beam Me Up” are reminiscent of late-’70s New York, for which Roth’s voice is perfectly suited, but the band isn’t afraid to take things to a house-inspired, trance-y, synth place either. Tonight, they’re set to play an intimate show at Le Baron, and their first full-length release, Walking the Midnight Streets, drops November 13. We chatted with Roth about singing back up vocals for Soundsystem’s final show, Magic’s unique sound, and the difficulties of cramming nine Brooklynites in one tour van.

ERIKSON: What are you doing right now?

ROTH: I’m walking. Going to get some coffee.

ERIKSON: Are you in New York?

ROTH: I am. I’m in Brooklyn. We actually have band practice.

ERIKSON: Nice. Well, let’s get to business: I’d say there’s at least a few similarities between your sound and LCD Soundsystem’s sound.

ROTH: What a compliment.

ERIKSON: And I know that at least a couple of Midnight Magic’s members have played with LCD Soundsystem, right?

ROTH: Well, I know that Andrew Raposo, who plays the bass in Midnight Magic, he toured with them in Europe a couple of years ago, or maybe three years ago. That’s kind of the extent of it. Carter [Yasutake] and Jason [Disu]—Carter plays trumpet and Jason plays trombone—they’re actually on [LCD Soundsystem’s] 45:33. Morgan [Wiley], who plays keyboard in Midnight Magic, he recorded on it. But they weren’t really in the band. They’re almost like session players for LCD Soundsystem. For their last seven shows Carter, Jason, Nick [Roseboro], who are the horn sections of Midnight Magic, me and Lizzy Yoder got to do backup vocals for their last seven shows.

ROTH: I know, it was amazing! So cool.

ERIKSON: How was the last show in New York?

ROTH: It was unreal. More than anything, I was wondering what they were feeling. It was at Madison Square Garden. It was sold-out, I think. It was crazy. That was an amazing experience.

ERIKSON: Of course there’s that other comparison, which is Hercules and Love Affair, which Midnight Magic also partially grew out of?

ROTH: Yeah. So Midnight Magic started before that… Andrew Raposo, again bassist, Morgan, keyboardist, were called in to do session work for Andy Butler, and so they helped him out, and then they started touring with him. We all kind of know each other. And that’s how we met Nomi Ruiz, who used to be the lead singer of Hercules and Love Affair, and then they formed Jessica 6.

ERIKSON: Did you ever get to work with Antony?

ROTH: I haven’t. I know that Jessica 6 did. They recorded this song called “Prisoner of Love” with him where he sings on it. It’s like a duet with him and Nomi.

ERIKSON: What musicians would you call Midnight Magic’s biggest influences?

ERIKSON: Are you going to the Grace Jones show at Highline Ballroom?

ROTH: No. I think it’s already sold out. I would do anything to go.

ERIKSON: Where does the impulse to go for that ’70s disco funk sound come from?

ROTH: I think for us—Andrew, Morgan, and I, and Carter, the trumpet player, we’re kind of the founders—we all really connected on that when we first met in 2004 or 2005. We were so into, like, the Gap Band, the Ohio Players, all of those funk bands. Parliament-Funkadelic, we loved all that stuff. And also, a lot of those guys came from jazz, which is where [our guys] came from. Morgan and Carter went to jazz school together. They went to the New School. And I was a big fan of jazz when I was younger, and I feel like it kind of is a progression. It kind of goes from jazz into funk and soul. But yeah, we all definitely love that stuff.

ERIKSON: Your voice is also particularly suited to that sound. Is that something you have to work at?

ROTH: I think it’s pretty natural. I used to be really embarrassed of it, because I don’t know, I thought it was exposing. I can’t help it. It’s what I gravitate towards. I think like Chaka Khan is a big influence, other powerful women like that; Gwen Guthrie. I guess that’s kind of how I found my voice, threw those women, almost imitating them and then I just found my own style.

ROTH: No. We love that stuff. And I love New Jack Swing, like Tony! Toni! Toné! and Keith Sweat, all that stuff.

ERIKSON: How does your songwriting process work?

ROTH: We usually start with Morgan, who plays the keyboards. He’ll start jammin’ on some kind of keyboard and come up with a beat, and then we kind of build from there. It’s been a long time since we all jammed together and we do all jam together—sorry to use that word right now, I know it’s not cute—sometimes things will be born from that, which is actually the funnest way.

ERIKSON: You guys also have nine members that play together. That’s got to be tough to maintain on the road.

ROTH: Oh my god. Big time. Because if we want to tour and actually make some money and not be spending money, we just can’t afford it. We’ll lose a ton of cash if it’s like, oh nine people, let’s go to LA, there’s this gig. But they don’t want to fly us out, put us up in a hotel. So we gotta pare it down to six, and sometimes we’ve pared it down to four. And that sucks, because we want the full nine. We want the horn section and we want percussion, but it still works. I hate to say it, it’s not my favorite sound, but it still works.

ERIKSON: Does that necessitate you guys having musical lives outside of the band?

ROTH: Yeah, absolutely. There are a lot of projects going around. We definitely work with other producers and other musicians if I like the music and the same goes for everybody else. For instance, Carter and Jason, the horn players, are touring with David Byrne and St. Vincent right now. It does facilitate opportunities for other people. There’s room.

ERIKSON: And you have your debut, full-length album out on November 13. Is it nice to finally get it out?

ROTH: Yep. So exciting. Finally, I can’t wait. A lot of these songs we’ve worked on for years, so it’ll be nice to just get the out into the ether.

ERIKSON: What’s the next six months hold for Midnight Magic?

ROTH: I think a lot of touring behind the album, going wherever people want us. Yeah, I just hope to get out there.

ERIKSON: Who’s your favorite band to tour with?

ROTH: Oh, good question. So far we’ve been really lucky and only toured with really wonderful people. Washed Out, Cut Copy, and Holy Ghost are really the only three bands that we’ve toured with, and they’re all amazing. They’re all really cool people.

MIDNIGHT MAGIC’S WALKING THE MIDNIGHT STREETS IS OUT NOVEMBER 13. THE BAND WILL PLAY LE BARON TONIGHT. FOR MORE ON MIDNIGHT MAGIC, VISIT THEIR WEBSITE.