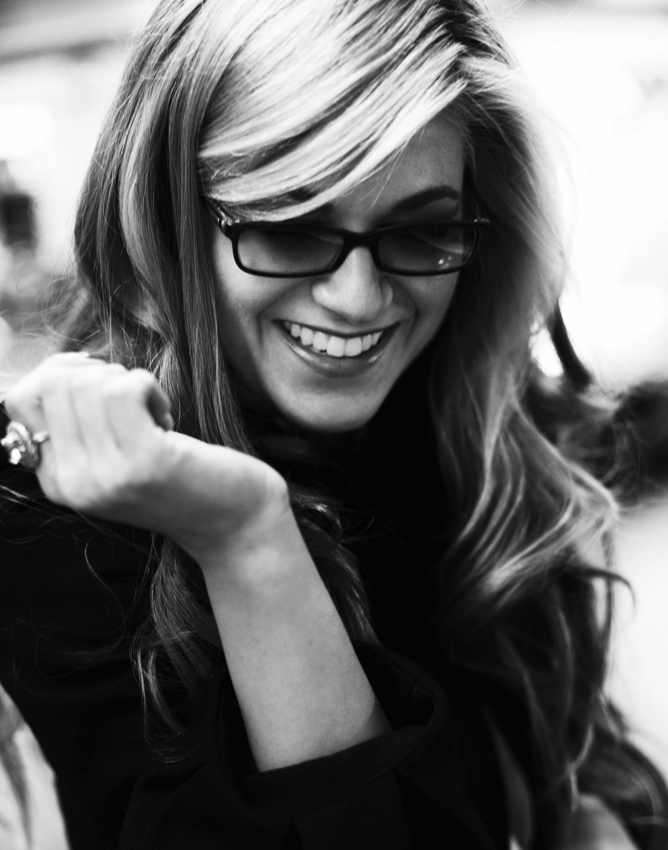 To reveal that an artist has overcome adversity in order to achieve success in the music industry is, generally speaking, about as much of a revelation as the discovery of cuteness in babies or kittens. See Behind the Music, any episode, or an open mic-night in the West Village. But Melody Gardot’s story takes the singer-songwriter’s woeful narrative arc and turns it on its head. She barely studied music growing up—a few years of piano here and there, a side job playing in jazz bars for cash – and planned to pursue painting, not music, as a career. But when Gardot was hit by a jeep while riding her bike through the streets of Philadelphia, the then-19-year-old art student was advised to take up an instrument as a form of music therapy. She taught herself guitar while bedridden (it was too painful to sit at a piano), and shortly thereafter was not only walking (in heels, no less), but writing songs and recording entire albums. In 2005, she released her first EP, Some Lessons: The Bedroom Sessions, and this spring she followed it up with My One and Only Thrill (Universal), a second full-length album of jazz-inspired ballads. This summer, she’ll hit all of the European jazz festivals. When we meet, Melody has just finished a photo shoot that delayed her arrival by a few hours—and her cat, Maestro, is a little out of sorts. Dressed in silver leggings, a black hat, and her signature Transitions glasses, Gardot (who is a Buddhist and a macrobiotic chef) why it takes one to tango. (LEFT: PHOTO BY MELODY JBARA)

INTERVIEW: So, let’s start with the basics. Where are you from? How old are you?

MELANIE GARDOT: I’m from Philadelphia, and I think that age is irrelevant. We’re all pretty much spiritual beings—I consider myself to be about eighty-five. I feel like I’m ancient, like two thousand years old.

[An assistant arrives to the table at which this interview is taking place, with a cat in a carrying case.]

GARDOT: Do you mind if he just sits beside me? He’s really stressed out because my shoot was very loud.

INTERVIEW: No problem. I love cats. How old is he?

INTERVIEW: Well then let’s skip age . You were hit by a car when you were 19. Had you wanted to pursue a career in music at all before that happened?

GARDOT: No, the accident was really what led me to music in this way. I had an affinity for music and could play anything I heard on the piano, but I wasn’t scholastically advanced in any way. It was more of a habitual tendency. I would work on weekends at piano bars playing jazz when I was an art student, but the music wasn’t mine—it was covers: everything from Radiohead to really old jazz. But other than that, the only training I had was piano lessons from when I was nine until I was eleven.

INTERVIEW: So then, you originally wanted to be an artist?

GARDOT: In college, I was a painter, and I had a strong interest in fashion. I just like this concept of being able to dream something, materialize it, play with it and design it for the sake of someone else and for the sake of the joy in your own heart. So it’s kind of like art that you’re unattached to. It’s art that you give away freely and I liked that about fashion.

INTERVIEW: Tell me about the accident, and how the healing process introduced you to music in a more meaningful way.

GARDOT:. Well, like anything, it hit me quite hard. I was riding my bicycle and I was hit by a Jeep. And the damage that was done to my body was gradually diagnosed, instead of immediately, so the recovery process for me was probably unnecessarily long: It took nearly two years for me to say that I could successfully walk. It was scary. And in a way, when you’re faced with something like that, it forces you to change, and very quickly. I think that unconsciously, I felt called to a challenge-a challenge to regain something. I knew I couldn’t regain everything and I had to surrender to that, but once I did, my simple goal was-this is going to sound really funny – but, my simple goal was just to get into high heels.

INTERVIEW: That seems somewhat masochistic to me.

Gardot: Well, when someone tells you you’re not going to walk again and you spend about a year and half on your back, your clothes don’t mean much. I was in a robe every day, so I gave everything away—my whole wardrobe, down to the last dress. But at some point I woke up, maybe about four or five months after having done that that, and I thought, “You know what? I really want to try to wear high heels.” That’s why I wanted to learn to walk. It sounded really stupid but I just wanted to see. That to me was sort of definitive to who I was. So that was my goal. I would do some of my physical therapy in heels.

INTERVIEW: So when did the music come along?

GARDOT: Well, musical therapy was something of a revelation. I was abandoning medicine and adhering to the concept of Eastern medicine, and with that I needed something to help my state of mind, because I was a really stressed out. It was a lot of pain, and a doctor said to me at one point, “You know, the most important thing is to find something that makes you happy.” That’s where it started. He said “What did you used to do before the accident?” My mom was there, and she said, “She used to play piano at piano bars,” and his eyes just lit up. He was like, “You have to do music.” At that time, I was devastated because he sent me home to play piano and I couldn’t even sit. So I learned to play guitar on my back while I was bed-ridden instead. I only thought to record the songs because sometimes I would I couldn’t remember what I had just done. Eventually I started singing, because I thought if I sang it that would help to remember even more. But I wasn’t trying to sing. And then one day-this is really weird -I just wrote a song. It came out at a rapid rate and I recorded it and I listened back to it and was like “Wow, it’s a tune.”

INTERVIEW: Did jazz always come naturally to you?

GARDOT: People always ask, “Why jazz?” and I’m like “Why not?” It’s kind of like asking Seurat, “Why so many dots?” I imagine if you asked Bjork, “Why the Tibetan bells?” She’d probably be like “That’s just what I heard.” It’s the same thing. This is just the way I see music.

GARDOT: I’ve fallen in love with South American music: Tango, the music of Argentina, the music of Brazil, Stan Getz, Bebel Gilberto. I’m dying to go to Buenos Aires. They say it’s like a grittier version of Paris. Have you ever been?

GARDOT: Can you tango? I’m a bad walker but I can dance tango. You know why? Put your hand up. Push on my fingertips and just hold it. In tango, your feet are free but the top of your body pushes, so if I feel like I’m gonna fall, my partner can catch me. So I walk with a stick but I can totally dance the tango. It’s a romantic kind of thing.