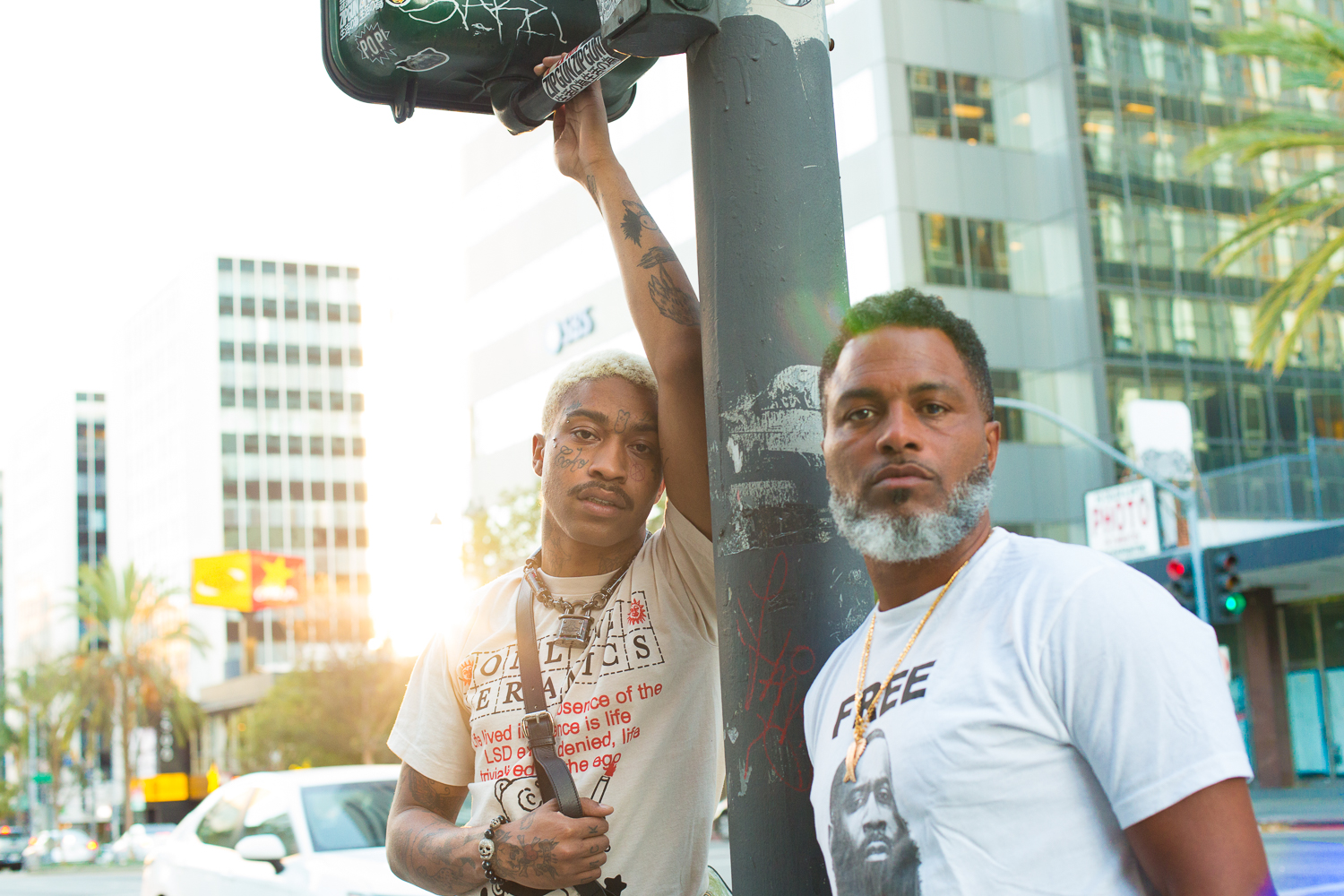 Lil Tracy has music laced through his DNA. That might sound like a cliché, but for the 24-year-old rapper, it’s true. His father is the hip-hop trailblazer Ishmael Butler, formerly of Digable Planets and currently one half of the astral hip-hop duo Shabazz Palaces. His mother, Cheryl “Coko” Clemons, was the lead singer of ‘90s R&B icons SWV. Although his parents split when he was young, leaving Tracy, who was born Jazz Butler, feeling unmoored and adrift, their influence as originals is what influences his own independent streak.

For followers of the so-called emo rap wave, Tracy’s story is well known. After leaving home as a teenager in search of a group of likeminded outcasts, he found his community first in the experimental hip-hop collective Thraxxhouse, and then in the cult rap crew Gothboiclique. It was there that Tracy met Lil Peep, the rising rap star who also became one his closest friends. Together, they made underground classics like “White Tee” and “Witchblades,” honing a sound that incorporated elements of pop-punk, trap, and what became known as SoundCloud rap. After Peep’s death at the hands of opioids, Tracy lost his way in a haze of grief and drugs, culminating in a stint in a psychiatric ward and, in 2018, a heart attack. Those twin setbacks refocused Tracy’s priorities. He got sober, and released the EP Designer Talk, a more upbeat collection of songs than the anguished music he had become known for, followed by his debut full-length Anarchy, which Tracy dedicated to Lil Peep. As Tracy readies the release of his next project, Designer Talk 2, Tracy connected with his father in Los Angeles to talk about life in the rap game, losing friends, and generational divides.

ISHMAEL BUTLER: I remember when you were little, I used to love watching you play basketball. Do you miss basketball?

BUTLER: That’s why you watch it so much?

TRACY: Every day. When did you realize that I was becoming big in music?

BUTLER: I think it was when I saw one of your videos. I think it was one with Peep. When I saw how many views it had, I was like, “What the fuck?” I think it was something like 50 million at the time. I was just like, “Damn this shit is really, really popping off.” But even when you were younger, I knew you had a lot of skill and talent, and you would spend a lot of time on stuff that most kids would have just messed with for a little bit and let go, like playing guitar and messing around on GarageBand.

TRACY: That’s what we were recording all that music on.

BUTLER: What are some of your earliest memories of me, music, basketball, sports, Brooklyn, all that stuff?

TRACY: One of the earliest memories I have is being in New York with you. I don’t even know where we were, but I remember how the house looked. I remember I had one of those Hot Wheels tracks, and we would put it through the thing and it would just go all around.

BUTLER: What do you remember about New Jersey?

TRACY: I remember I had that whole basement to myself. And it was drums down there, and video games, and a piano, basically everything that I do now.

BUTLER: What was that video game that you were obsessed with?

BUTLER: That’s all you used to want to do, and I would tell you that you couldn’t play it till you got done with your homework. But if somebody turned their back on you for five minutes, you were on GTA, bro.

TRACY: Bro, I was obsessed with that game.

BUTLER: So the whole sort of emotional rap movement, how did you get into that? What put you in that frame of mind?

TRACY: It all stemmed from the guitar, and bands like The Helio Sequence and The Shins. I always liked the guitar sound. I used to listen to that heavy punk shit. So it was always there, and adding the singing to it just came naturally. 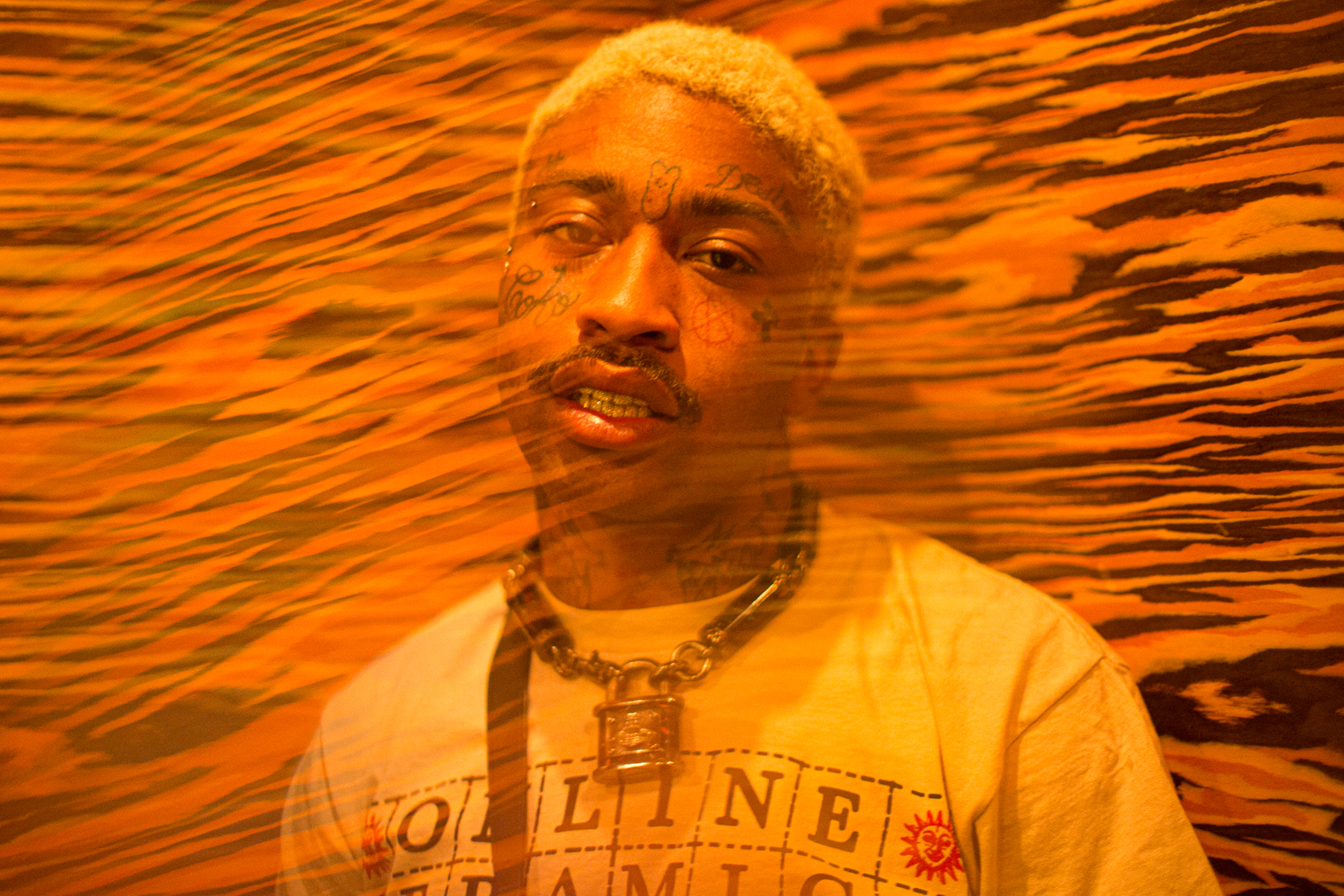 BUTLER: What’s it like just being in the music business, and living in different cities? Where’d you get that nomadic sensibility from?

TRACY: I was just tired of being at home. I would literally look out the window and be like, “I could be doing something else.”

BUTLER: And when did you see this? I remember you would be in middle school and you wouldn’t really be that interested in school, and I’d be trying to talk to you about, “Hey, you got to do this and that to make it in life,” but then when you started making it in the music business, I realized you had been thinking about it for a long time. When did you start to really know that, “Okay, I’m going to be a rapper, and that’s what my life is going to be,” and have that single determination to get there and kind of forget about everything else, including shit you love, like basketball and skating.

TRACY: I really realized that it was real when I came out here to L.A. from Virginia for the first time, and I was hanging out with other people that were just like me. We all made art, and we just drove each other to be what we are now.

BUTLER: What was that like in those days? A bunch of dudes living in the house, just making music?

TRACY: It was tough. We had no money. We had one bathroom, and tempers.

TRACY: I don’t really consider myself just in the rap game, because I can do a bunch of different things, just like you. So I don’t feel like I can really come and go. I feel like I’ll just be maneuvering through all the trends.

BUTLER: What do you remember about your days in Seattle with me?

TRACY: I felt free to be who I am out there. I remember you were very stern, but not really strict. It was peaceful, but I was also afraid for my life. [Both laugh]

BUTLER: That was because those were the laws and rules I also grew up under. My mom and dad were cool, but there were certain things they expected, like respect of the household and of your elders, and if they asked you to do something, you should do it in a timely fashion. Now, I mostly worry about drugs, that you don’t get caught up in some type of bad experience. I just want you to be safe. Live your good life and explore as much as possible. When your friends lost their life, I always worried for you, not just your own well-being, but also mentally. How does it feel to still be operating in a game that sort of was a contributing factor in taking some of your friends under?

TRACY: It’s a weird feeling. You always watch movies and shit of tragedies and people dying. But then when it actually happens, it’s hard to explain. It’s still difficult for me, honestly.

BUTLER: I always think about their families and the lives that they had going ahead that they didn’t get a chance to really experience. When you think about that, does it affect the way you move through your own life?

TRACY: Of course. Your friend dies, and people always say, “Oh, he lives through me,” or whatever. But it’s just sad that they’re not living. If a person dies that’s close to them, then they say, “I lost this person.” It always tripped me out because I would always be like, “Yeah, but that person lost their life.” You know what I’m saying? When people close to me die, I never feel bad for myself. I feel bad for them because they was good at living, and they don’t get to do it no more. And I try to really embrace life more, rather than trying to feel down because I miss them or something, because even missing somebody is a product of your emotions and your brain. And you’re alive. But that person isn’t no more. I feel bad that those people don’t get to live no more, and they make me try to have a better experience in my life.

BUTLER: What do you think about social media, where so much of people’s lives unfold in public? Coming from my generation, we didn’t really grow up providing that kind of access to our life. But to you all, it’s second nature. How you feel about living your life online like that?

BUTLER: I don’t look at it as bad or good. I look at it as a reality, and then you deal with reality as such. I just feel like everybody that does it doesn’t always think about all of the consequences. Even when stuff goes on with you, I often hear about it from somebody else before I hear about it from you, and it’ll seem like a super big emergency. And then by the time we talk to you, we realize what’s really going on. It’s just a trip how influential it is in people’s lives. It comes crashing in sometimes when you really ain’t expecting it to.

BUTLER: Your man was asking about your style. He was like, anything stylistically, if somebody else has done it, Tracy don’t want to do it. I always felt like originality was the responsibility of the artist. Where did you get that idea from? Because your mom, wasn’t really nobody really like her. She had her influences, but when it comes down to really singing, she’s pretty remarkable and unique. Do you think that it’s something that you’ve got in your blood?

TRACY: Yeah. I think, just from being around you and mom, and just seeing how you all dressed and just carried yourself around people. I used to steal all of your clothes.

BUTLER: I remember that. I’d be looking for shit to step out in, and I’d be like, really? It’s gone, man. And then when we wore the same shoe size, it was a wrap, dog. I was so glad you got bigger than me that I could just finally keep a hold of some of my shit.

TRACY: I remember I found hella his shoes in Gram’s basement.

BUTLER: What’s next? You got some touring or what going on?

TRACY: I’m working on a tape. I just put out the album, so then I’m going to tour off the album and the tape. You got something coming out, right?

BUTLER: Got an album coming out in April and going to go on tour, see the world again.

TRACY: Do you remember where your first big show was?

BUTLER: Digable Planets came at the end of ’92, ’93. And in ’93 or ’94, there’s this festival in England called Glastonbury, and it’s out in the country in England, basically in a rural area. We sound-checked and everything, and by the time we got on stage, it was nighttime, and as far as I could see, there was people, bro. I couldn’t even believe it. There was this dude named Jamiroquai, this London soul singe. He was the headliner that time, or he was one of the big draws. I remember sitting backstage talking to him. That was when I realized, damn, music really took me somewhere. What about you?

TRACY: I was with Peep. Well, it wasn’t really that big of a show, but you look into the crowd and every single person was singing, and we did a little pause, and it sounded like a giant choir. 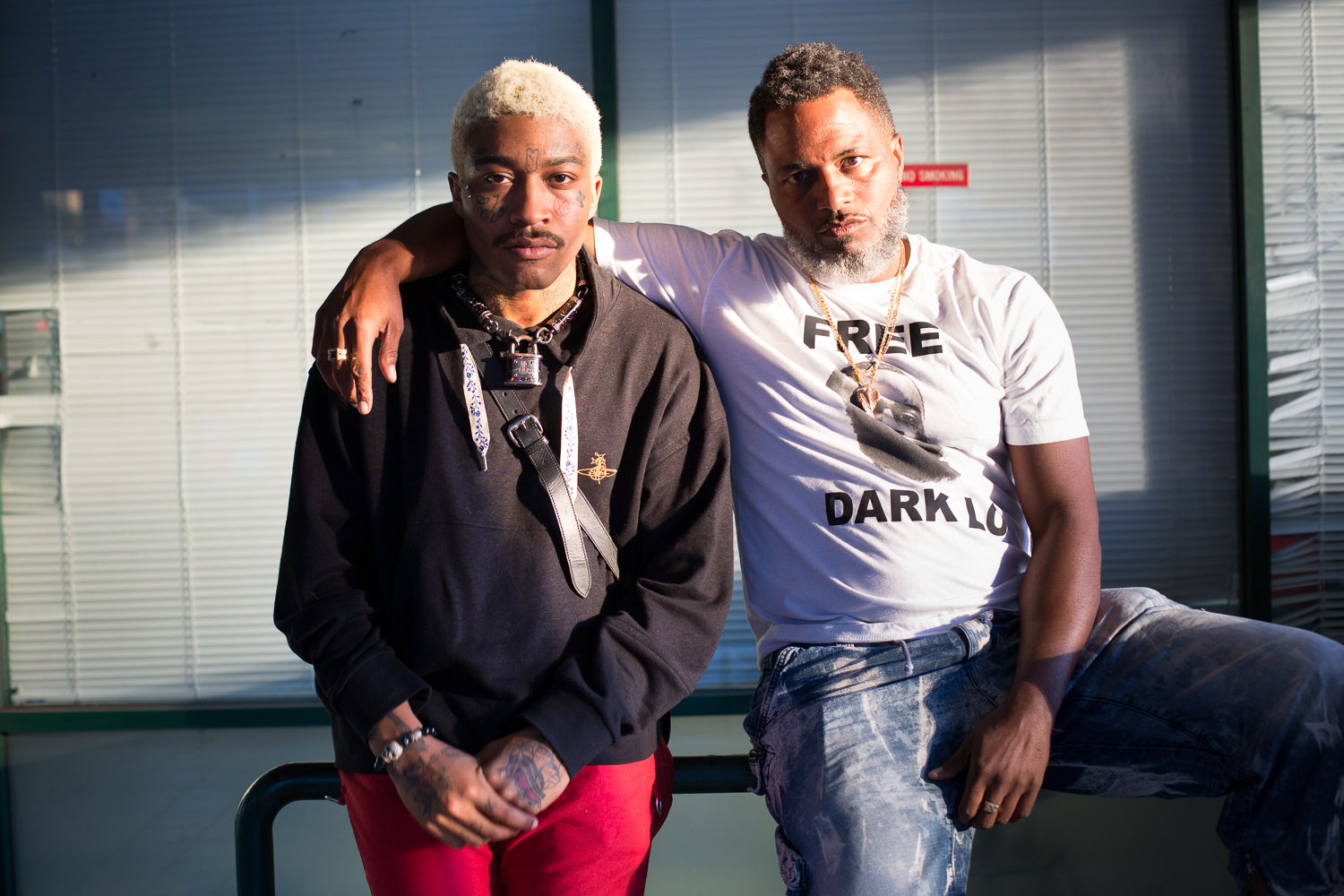