KIRBY Wants Her Music to Taste Like Mac and Cheese 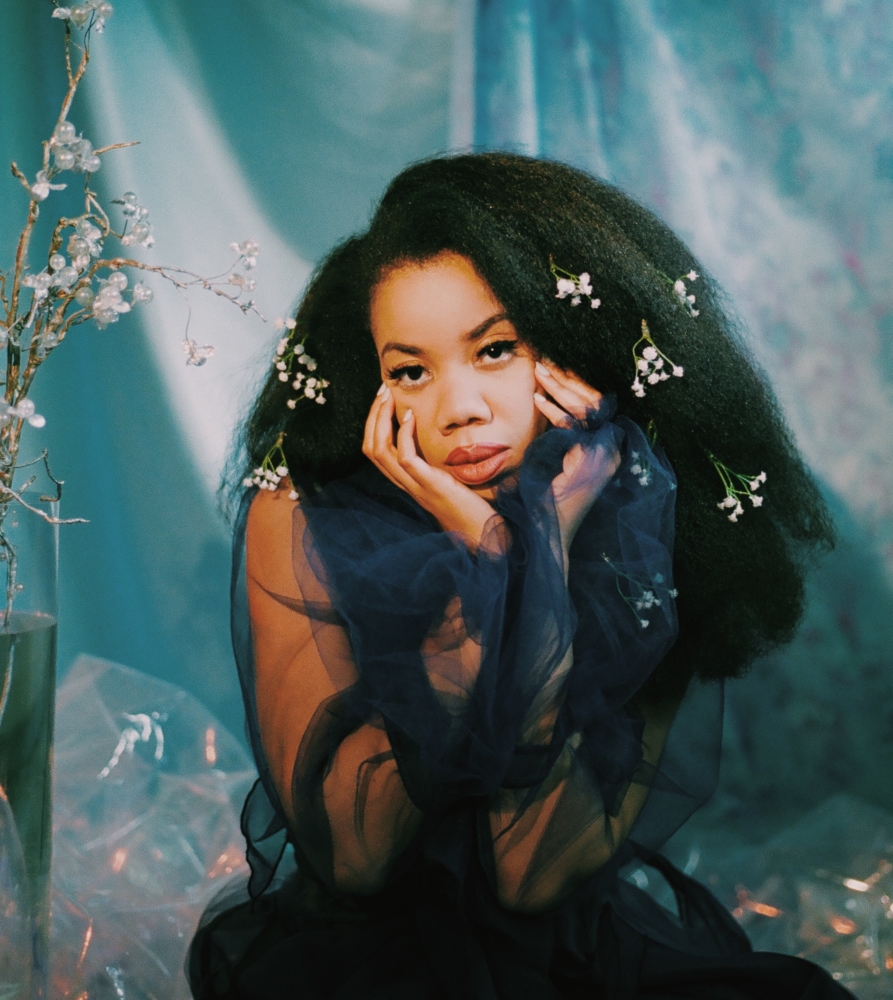 This is “Add to Queue,” our attempt to sort through the cacophony of music floating in the algorithmic atmosphere by consulting the experts themselves. Our favorite musicians tell us about their favorite music—the sad, the happy, the dinner party-y, and which musicians they’d want at them. In this edition, Karl Ortegon spoke with the R&B/soul singer-songwriter KIRBY ahead of the release of her first solo project, Sis.

The second KIRBY said “I’m doing well, honey” over the phone with her Mississippi drawl, I knew I was going to have a great interview. Her songwriting prowess and powerful vocals are steeped in the South; she’s likened listening to her music to eating mac and cheese and lemon pound cake. But while classic fixtures like Ms. Lauryn Hill, André 3000, and Erykah Badu have been her early influences, KIRBY keeps it contemporary, gushing over Lizzo and how DaBaby makes her feel like she just cashed a million-dollar check.

As a songwriter, KIRBY has penned hits like “FourFiveSeconds” by Kanye West, Rihanna, and Paul McCartney; “Break Your Heart Right Back” by Ariana Grande; and Beyoncé’s “Die With You.” After a few quiet years, KIRBY has stepped out with her first solo project, Sis. I talked to her about what it means to have her own EP out, why she sees her music as therapy, and how she can’t stop listening to Roddy Rich’s ‘The Box.”

KIRBY: It was really intimidating, I had to rewrite that song several times. Kanye would be like, “Yeah, no,” and I would rewrite a lyric. I literally dropped out of college because of The College Dropout—it was that inspiring to me. So I felt like I had so much to prove being in the room with him. You just try to give them a little bit of what they gave you. I pinch myself now when I think back to it. I wasn’t in the room with Paul McCartney. That would’ve been a little bit too much. Like, Kanye’s enough. But thankfully I got over it, and we finally got something that he loved.

ORTEGON: How would you describe your sound and your style?

KIRBY: When people ask me what my music sounds like, I say, “I don’t want you to hear my music; I want you to taste my music.” I’m from the South, so we are really big on Southern cuisine. My family is low-key vegan, but we try to make everything soulful, too. But I literally want my music to feel like a plate on Sunday. It’s mac and cheese, and it’s lemon pound cake. When you put a plate of soul food in front of somebody, they might not finish the whole thing, but they’re going to taste it. So if people can do that with my music, I’m super satisfied.

ORTEGON: Tell me a little bit about Sis., and what it means for you to step out as a solo artist.

KIRBY: It is the scariest thing I’ve ever done in my life. People see you a certain way, and once they see you that way, it’s very hard for them to change their perception. I’ve really had to be sure of who I am. It’s been super humbling to say I’m going to take all my earnings and invest in my own artistry, go back and try to make a record. I feel like I would rather go out trying than spend the rest of my life being somebody that people liked but wasn’t ever really who I authentically was.

ORTEGON: I feel like it’s the kind of thing that you have to put your all into. Otherwise, what’s the point?

ORTEGON: What was the last song you listened to?

KIRBY: Roddy Rich’s song, “The Box.” That’s literally the song I’ve been listening to where I’m in my apartment with my puppy, so I have to be up at all hours of the night with her. I love that song. Did you know Roddy plays the keys?

KIRBY: Yes, honey. He plays the keys and raps at the same time.

KIRBY: Oh my god, I love Lizzo. I’ve told people I’m trying to be for the little slim, fit girls what Lizzo is to every woman. I was onto “Good as Hell” before the whole world knew what “Good As Hell” was. She’s another one where her time just came when her time was. It wasn’t overnight. So I tell everybody, my new song I have this skit and we’re talking about little booties matter, because I said I’m like a level-one twerker. I don’t have a big booty and probably never will, but I want the little booty girls to know that it’s okay.

ORTEGON: Who was one of the first musicians to influence you?

ORTEGON: What was your first concert?

KIRBY: I think it was Janet Jackson’s Velvet Rope Tour, which says a lot, because that tour was very uncut, and I had to be like ten or something. And I think they low-key stripped in that show. But it was lit. Love it.

ORTEGON: Who is your dream collaboration? It can be someone who’s no longer with us, or it could be someone that’s out here today.

KIRBY: I would love to collaborate with Aretha [Franklin] in her prime, because Aretha is the voice. I feel like anybody who’s a singer seeks some sort of validation from her. Even if it’s a collaboration in the form of Aretha’s in the line getting her food and she’s singing like a ‘woo-woo’ and I’m like, ‘woo-woo’ in the background, like, that would count for me.

ORTEGON: What about someone today?

ORTEGON: What’s a song that always puts you in a good mood?

KIRBY: Whitney Houston, “I Want to Dance with Somebody.” If it’s someone today, though, it would have to be anything by DaBaby. If I’m having a bad day, please put on DaBaby, and I just feel like I just cashed a million-dollar check and I’m driving and I could just be in a Honda, but when you put DaBaby on I just feel like I am that guy.

ORTEGON: So on the opposite end of that spectrum, what’s the go-to song for a breakup? Imagine you’re crying in your bedroom.

KIRBY: Drake. Honey, Drake just makes me cry. Drake gets my feelings. Beyoncé’s “Resentment” takes me there too. I feel like I can hear Beyoncé cry. And if I ever hear Beyoncé even sneeze, that would make me cry.

ORTEGON: What’s a song that you would love to record a cover of?

KIRBY: The new Halsey song, “You Should Be Sad,” because that video is everything.

ORTEGON: Who’s an artist that you would love to cover one of your songs? And what song would it be?

ORTEGON: Name three artists that would be great for a house party playlist.

KIRBY: So I’m gonna do which people are actually at the house party, not a playlist. I would say Lizzo, because you want the energy. Adele, because you want somebody that’s kind of deep that’ll make you cry. And then you need a wildcard. It has to be an artist, right?

ORTEGON: If you’re just going to invite them, I mean, at this point it could be anyone.

KIRBY: Oh my gosh, honey. Then we got to replace Adele with Oprah. I’d go Lizzo, Oprah, and Zendaya.

ORTEGON: Is there a song that you think if everyone heard it, it could save the world?

ORTEGON: Who is an artist that maybe isn’t a mainstream or household name that you think everyone should know about?

KIRBY: My girl Snoh Aalegra is super dope. And she’s been grinding. She’s somebody people should check out.

ORTEGON: If there’s one song of yours that you would recommend to someone who has never listened to you before, one that really encapsulates who KIRBY is, what is that song?

KIRBY: It’s definitely “Loved By You,” because first things first if you put me anywhere where there’s an electric guitar and a microphone, that’s it. I feel like you can add all the other whistles and bells, but love, the truth, a voice, and a guitar—that’s pretty much all I need for a song. And “Loved By You” is that: literally vocals and guitar.

ORTEGON: What are you most excited about for people to hear on Sis.?

KIRBY: I just can’t wait to touch people and sing these songs in front of people. I feel like it’s a privilege to give people 45 minutes of your soul. And for me, I don’t care if it’s five people in the audience. I don’t care if it’s 5,000. I want everybody to leave my show and feel like I sang to them, not that I performed. If I can do that, this Southern woman will be happy. And maybe I get you a plate of mac and cheese. That will top it all off.

Listen to KIRBY’s “Add To Queue” playlist below, and follow Interview on Spotify for more.