By Sam Mason and Miller McCormick 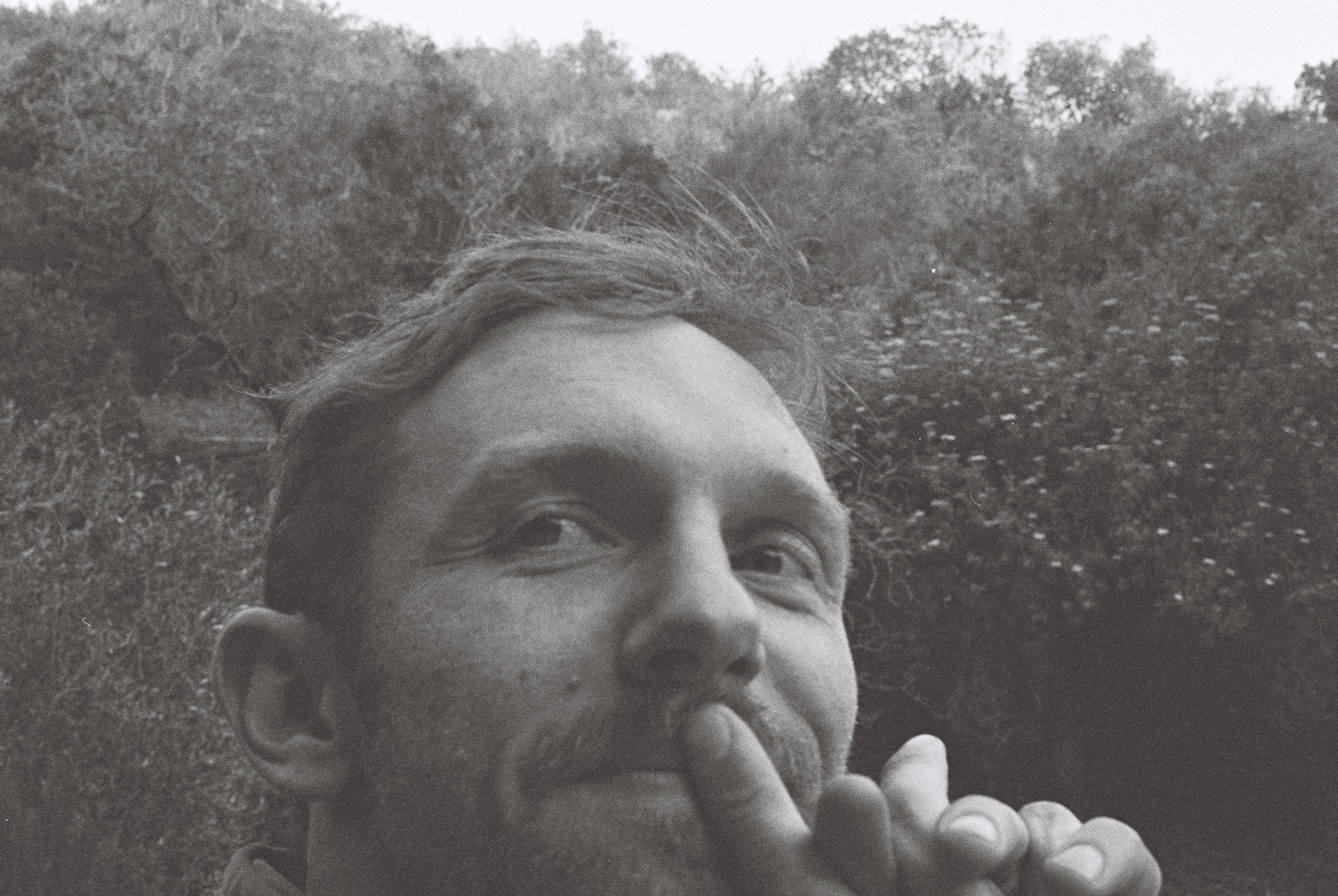 Though Miller McCormick keeps a low profile online, his designs — colorful abstractions, both intimate and optimistic — are likely familiar to most contemporary rap fans. McCormick, the brother of the late rapper Mac Miller [Malcolm McCormick], is the artist behind the cover art for the majority of his brother’s records, from 2010’s Blue Slide Park, to 2016’s The Divine Feminine.

When Mac passed away in the fall of 2018, he left behind 13 mix tapes, many of them self-recorded, which trickled onto streaming services slowly over the course of his 11 year career. In the spring of 2020, McCormick and his mother [Karen Meyers] decided to bring the last of Mac’s mixtapes, 2014’s  Faces, to streaming services. The record, which Mac produced along with his cohort of friends including Thundercat and 9th Wonder, features the likes of ScHoolboy Q, Earl Sweatshirt, Vince Staples, and Da$h. But despite the intimate nature of the project, Mac’s family fretted over how best to honor the moment. “Malcolm was like this atom bomb of pure light and energy,” McCormick recalls on a recent afternoon, “How do you even begin to encapsulate that?”

The answer came in the form of Sam Mason, a filmmaker whose work simultaneously evokes childhood wonderment and achy nostalgia. “It’s this combination of looking forward and backward at once,” McCormick says of the first time he saw Mason’s short film, Little Things, “I don’t know… it made things feel okay, at a time when things really didn’t feel okay.” It wasn’t long before McCormick brought Mason inside the close-knit family of artists and musicians who had orbited Mac in life, and remained close after his passing. Together, the pair created a music video for “Colors and Shapes,” — Karen’s favorite song from Faces — to accompany the release. The video, which takes Mac’s childhood drawings, family photos, and even his beloved dog Ralph as its inspirational starting point, effortlessly channels the rapper’s youthful spirit.

The connection between McCormick and Mason proved so fruitful that McCormick tapped Mason to orchestrate a suite of visualizers, in collaboration with an array of visual artists, to accompany the rest of the tracks on Faces. Late last month, the mixtape was made available on Spotify and Apple music, along with the music video for “Colors and Shapes.” Here, McCormick and Mason jump on the phone to reflect on the process —at times painful, at other times exciting — of honoring Mac’s memory. —MARA VEITCH

SAM MASON: What’s up, Miller? How you doing?

MILLER MCCORMICK: I feel like I’m going to throw up right now.

MASON: No, dude. It’s going to be okay. Last night, Miller, we released this thing that we’ve been working on together for what, six months?

MCCORMICK: Yeah, I can’t believe it’s been so long. I’m looking at my calendar right now, trying to figure it out.

MASON: I think we started in April. I remember, I had just finished some projects, and I was about to go on vacation, and then…

MCCORMICK: [Laughs] We caught you.

MASON: Yeah. How the hell did you find me? I still don’t really understand.

MCCORMICK: So actually, my mom and I were on the phone, starting to think about a music video.

MASON: Was “Colors and Shapes” her favorite song?

MCCORMICK: Exactly. She was like, “I really like that song,” and it just felt like the right place to start. Then I saw the video, Little Things, that you did with Mario Hugo. I muted the video and played “Colors and Shapes” over it, just to see how it looked, and it synced together so oddly well. It was eerie. Maybe that’s oversharing. I was like, “Alright. We need to talk to Sam.”

MASON: I remember feeling this immediate sense of gravity after getting that first email. I was like, “Okay. This is going to be an adventure.” I had a little bit of fear about it, but I didn’t have a choice, I just knew it had to happen, especially after talking to you and your mom. I canceled the vacation. That was something that I’d never experienced before —a collaboration fueled by pure intuition. There was never any point when either of us was correcting the other one. It all felt really familiar.

MCCORMICK: Honestly, in all of this, my only guiding principle is that I’ve got to feel okay. When doing all this stuff, you really have to ride with the gut. I showed my mom your video and was like, “How do you feel about this?” On one hand, she’s my mom and we’re buds, so we talk. But on the other, we’re navigating the same impossible thing together. We both felt the same sense of nostalgia in Sam’s work — this combination of looking forward and backward at once. I don’t know…it made things feel okay, and sometimes things really don’t feel okay.

MASON: That’s crazy to hear, Miller, I’ve always felt really out of place, but with you and Karen [Malcolm and Miller’s mom], I instantly felt very at home. I had this suspicion that maybe, because both of us have a musician for a brother, there was a connection there. It’s insane to say this, because this project was so technically complicated, but this was the easiest film I’ve ever done. I was texting a lot with your mom throughout the process, because I felt that I had to honor you and Karen with it. That feeling guided the whole project.

MCCORMICK: I mean, there was a point where I thought she was going to make you her son instead of me. [Laughs] We were both like, “Sam’s got it,” and it just came together. It was collaborative, in that it stemmed from a folder of objects and pictures that my Mom and I put together. Sam, do you have that folder?

MASON: I do. I begged to have some sense of a starting point, and you two made this special folder. It was full of pictures of Malcolm as a child, pictures of his toys, Polaroids from the studio around the time he was recording Faces, and pictures of Ralph, the dog. You told me that the studio was called The Sanctuary, and that Malcolm spent some of his best moments there, surrounded by these objects. So, we really started there. The whole world of “Colors and Shapes” is built out of childhood objects, these things from the past, like a time capsule. MCCORMICK: There’s also this one drawing that Malcolm made in kindergarten, that was in there, that makes its way into the video. I’m just going to quickly read the inscription that Malcolm wrote on this drawing. It says, “This is a guy who is a teenager. He has a sword. His name is Flower Man. His last name is Johnny. Flower Man Johnny.”

MASON: [Laughs] Man. It was really an honor to work on it with you. Now that it’s finished, I’ve realized that this definitely changed my life in numerous ways.

MCCORMICK: Aw, man. That’s mutual. It’s just… everybody loved Malcolm. Everybody still loves Malcolm. The team that he spent his days recording with in The Sanctuary stayed close, and then you came in and brought this new dimension with you. “Colors and Shapes” expanded into this larger visual mixtape set.

MASON: Right. After we finished that video, I slept for a week, and then I got a text from you that was like “So, we’ve got 25 more.” I was like, “Great.” I reached out to all these artists who I’d always admired, and they all agreed immediately. This is the first project many of us have worked on that was in no way tainted by corporate strategic interests. Honestly, this project has given me hope and energy. I think we’ve all been brutalized by the commercial side of this work.

MCCORMICK: I mean, not to get too hibbidy-dibbidy, but Malcolm was this atom bomb of pure light and energy. Well, maybe atom bomb is too violent a term, but that kind of person doesn’t just disappear, they live on in their work. How do you encapsulate that? There’s nobody like Malcolm. Trying to figure out the right way to honor Macolm is hard, but then something like this comes along, and it all becomes clearer. In a way, it was kind of like the old days. We were all in Malibu, at Malcolm’s place, which was this guest house / garage situation… I don’t know. Having the chance to revisit Faces with the people who worked on it the first time, it was bittersweet and bonding. I think it came together out of appreciation for Malcolm with the folks who support him and his music — that’s us, and a lot of other people.

MASON: Absolutely. This thing’s only purpose was to make people happy, and I think we did that. Vince Staples Is Exactly Who—and Where—He Wants to Be