Bree Runway is Here to Transcend Your Limitations 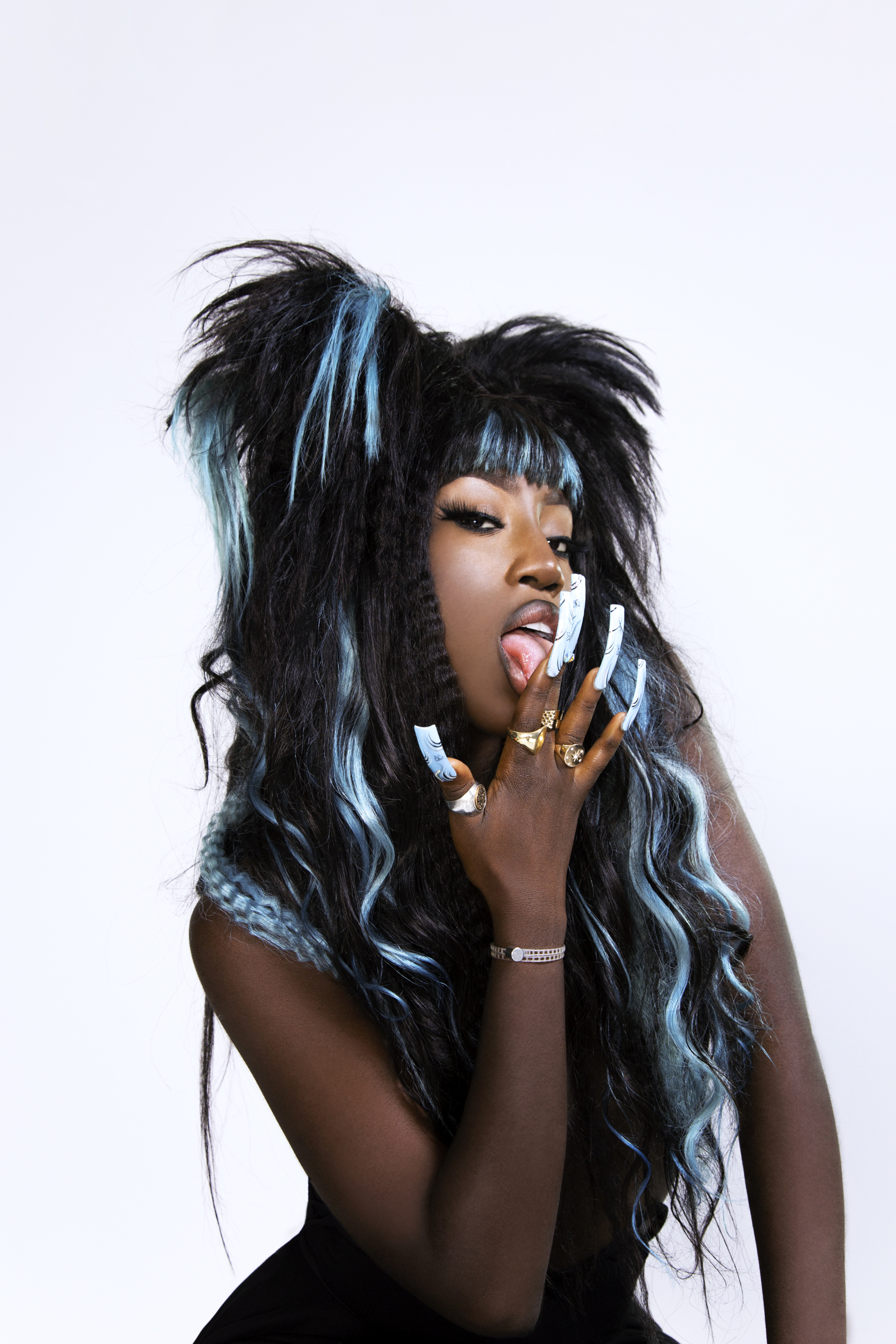 Bree Runway defies categorization. Many listeners struggle to label her: Is she a rapper? An R&B singer? An innovative amalgamation of both and more? The answer she provides is simple: “I just love confusing people.” A quintessential Scorpio, the London-born artist is mysterious, unapologetic, and intensely passionate. Her debut mixtape 2000AND4EVA, which she finished in her bedroom during quarantine, is a 9-track project featuring heavy-hitters like Missy Elliott, Rico Nasty, Yung Baby Tate, and Maliibu Mitch. In honor of her recent release, Bree Runway spoke to Interview about movies, early 2000s fashion, and the art of being genre-less.

On channeling Lizzie McGuire: “For the cover [of 2000AND4EVA], I wanted it to be all about the hair. In the early 2000s, there were streaks, crimps, fringes, zig-zags, and all of that stuff. I wanted to pull all the inspiration into one hairstyle. So that’s why I chopped the fringe that short and put in colored streaks—very Lizzie McGuire vibes. I used to get a lot of inspo from the sitcoms I used to watch. Raven [on That’s So Raven] and Eve had really cool style. I used to say, ‘When I get older, I want to get a lot of money and dress like Eve.’ Lil’ Kim was great for fashion. Britney [Spears] was great for fashion as well. I love all the Vintage Ed Hardy, all of that shit.”

On being larger than life: “I was always passionate about music since I was super young. I don’t know, I felt like I was running away from my calling because it was the only thing that I really enjoyed doing, but I just knew what making music and becoming more famous meant. As someone that was bullied a lot, it meant, ‘Oh my God, I’m going to be more seen.’ More people are going to have opinions about me and get to say whatever they want about me online. That was a thing I was trying to avoid. But now, obviously, I’ve outgrown that mentality. I was literally running away from music because I wanted to really shrink myself. I don’t want to be too big.’ But I’m naturally a very big character, so I don’t know why I was about to let experiences shrink me. I’m not that way anymore.”

On big girl boots: “Feel the fear, and do it anyway. That’s the mentality. Even if you’re scared, just do it. I found that I was getting ridiculous with alternative roles. I was like, ‘Okay. I do like singing, but maybe I could just be like a cruise ship singer. No, no, no. Actually, let me just work for Emirates so I can get their red hats and travel.’ I was like, ‘Girl, you are being ridiculous. It’s getting ridiculous now.’ So I had to put my big girl boots on and just go for what it was I really wanted, because it’s like, ‘You perform to your four walls every single day. Don’t you want to take this outside?'” On White Chicks: “I would love to act in movies because I’m such a great actress. I wish I was in White Chicks. I’ve literally watched that movie 100 times. I love the styling. I love the humor. I love the music in it. I love everything about it. I think the color grading of that film is so perfect. I’m so big on grading. I’m literally always on the editors when it’s time to grade the music videos. I love getting it right. I think Lil’ Kim’s “No Matter What They Say” is a great grade.“

On being the next___: “I don’t like when people say I’m the next this person or whatever. I feel like I’m very much my own person. I’m not one of those artists that watches another and completely rips them off. Where it’s like, ‘They did this, so I’m going to do exactly this.’ It’s very unoriginal. I hate that.” On tattoos: “I’ve got three. I’ve got an 11:11 on my arm. Those are key angel numbers to me that I see a lot. It just means that you’re on the right path and that success is coming. That’s a nice little reminder for me. Above my right boob I’ve got an Arabic word meaning ‘god’s best place, or god’s highest place for his best believers.’ It’s the highest form of heaven. Then I’ve got a star on the wrist of my microphone hand just to remind myself that I’m a star. So Scorpio.”

On Milli Vanilli as self-care: “My newest self-care routine is soaking in a bath of magnesium salts because I’m always dancing and hurting myself. I light some candles and listen to an album. I’ve been listening to a lot of Milli Vanilli recently with candles, which is really weird. It’s very relaxing because there’s so much going on. It just jumps out at me in a very interesting way. Although their music is quite loud, it’s very soothing to me to light candles and listen to Milli Vanilli.”

On social media: “For the past few days, I’ve deleted the apps, and I only checked them twice. I feel like you can really scroll for hours on end if you’re not careful. I think my eye was even starting to twitch. I do like social media because I love connecting with my fans and we have the funniest conversations together. But I don’t like when people tweet about me like they know me, or they tweet like it’s facts. So annoying when people write about you like they know you. That’s the bit that I just can’t stand.” On Bree Runway: “My name actually came from a cousin. He was called Runway Pedro, and growing up, I wanted to be just like him because he’s so fly. I remember one time we were sat at a family party and he was like, ‘I’m going to give you my name.’ I was like, ‘Oh.’ I thought I was going to get a pair of shades or something. So I put it on my Facebook and it was this really long name. And then one day when I was at school, we had to decide on an artist’s name. I said Bree Runway. The meaning has evolved as I’ve grown. It means that I’m constantly taking off. I always outdo myself. I’m always on a different level, always just stepping up. That’s what the meaning is to me now, as opposed to just a name that my cousin passed to me.”

“The vibe [for next year] is to completely change the game. I feel like I’ve set the pace and I’ve created Bree Runway for the world. Now it’s time to suck them in completely. It’s like if a UFO came above us and it did that beaming light thing and it just takes you. Time to walk them in.” PinkPantheress Talks to Bree Runway About Life After Blowing Up