Eric Johnson has a story for every photograph he’s taken. The Newark, New Jersey-born photographer is responsible for capturing images that came to embody ’90s and early aughts music culture—from the cover art for Lauryn Hill’s era-defining album The Miseducation of Lauryn Hill, to the eerily angelic portraits of Aaliyah shot just months before her death (recently, Johnson shot Doja Cat for the cover of Interview’s September issue). “Every time I shoot someone,” he says, “I want to make sure I show some new side of them to the world.” Over the course of his four decades-long career, Johnson has spent countless hours uncovering and immortalizing the hidden facets of some of our culture’s biggest stars, from Biggie Smalls to Missy Elliott, and miraculously, not one shoot slips his mind. Here, the iconic photographer shares some of his favorite on set memories with us, from Erykah Badu buzzing her head in a stranger’s apartment, to trying to set up studio lights while chatting with Biggie.

Biggie was about 23 when I shot this, so he was hot and I was hot. We were coming up at the same time. This was my first cover, and it was probably just the second time he’d ever done a photoshoot out on location instead of in the studio. We shot in Brooklyn, because Biggie represents Brooklyn. He was like a little boy the whole time we were on set. Imagine you’re at work, busy trying to get lighting and everything in place, and you have Biggie following you around chatting non-stop, like, “Is this is where they dump the dead bodies?” It was so funny, because in these photos he looks so strong, and his rhymes are too, but Biggie was a sweetie pie. I’d shot Faith for Interview by this point, we’re both from Newark, New Jersey. The whole world doesn’t know Patra, because the dancehall community isn’t as big as hip-hop. She’s from Jamaica, so we decided to shoot in Miami to get that hot feel. She looks like a street walker in this photo. So fucking hot. When I gave the team these photos, they were shocked. They were like, “Eric’s going to be blackballed. He’s never going to work for anyone again.” I was like, ” I’m not blackballed. I’m cute. I’m having a moment.” 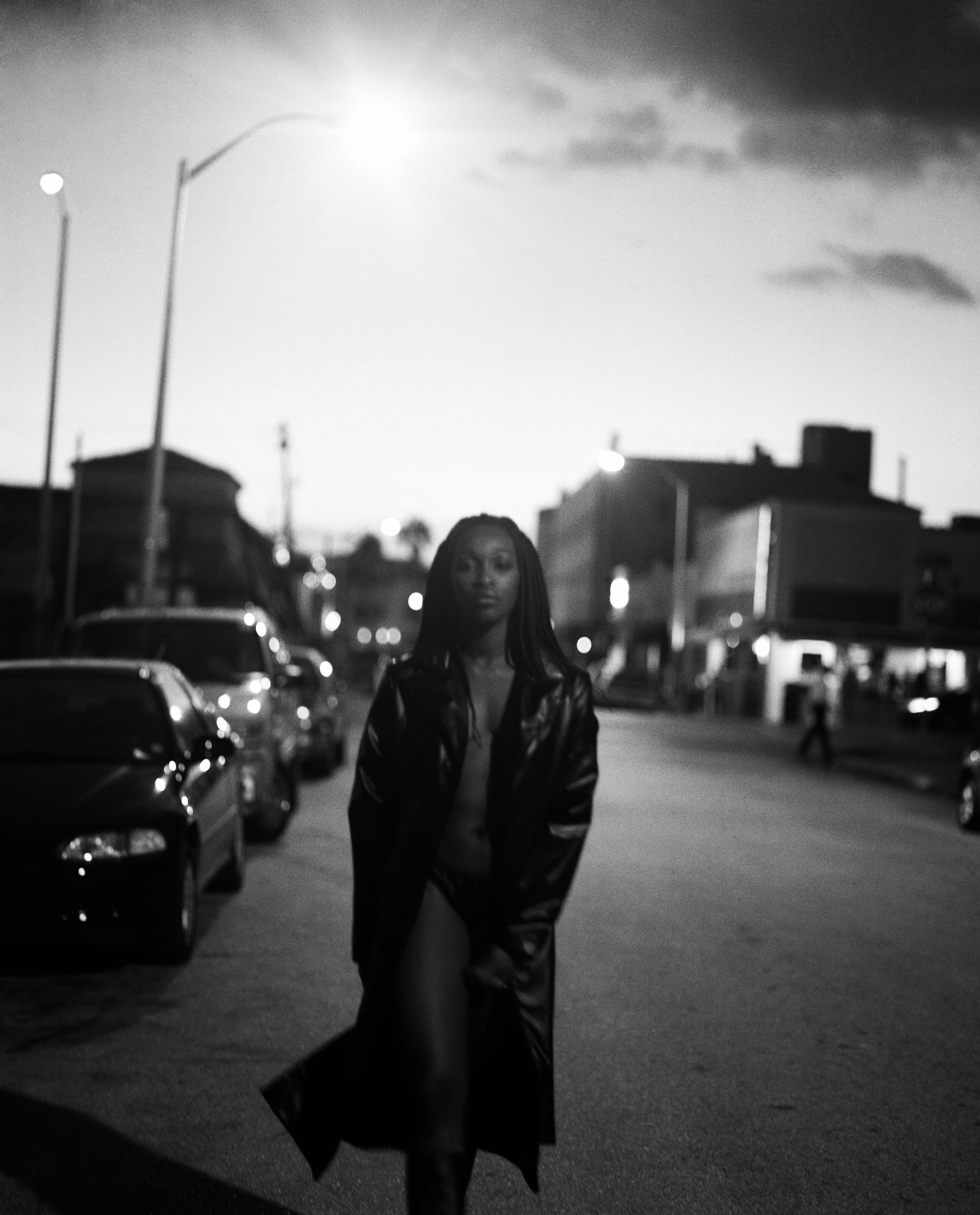 I mean, who doesn’t love Foxy. I wanted this shoot to have a little vibe. Our Black artists and our rappers are always shot in the same ways. I think my interest in non hip-hop things made my hip-hop photos feel different. This was when she first came out, so she was 18 or 19 here. “When I first met Missy, all I knew is that she was on the radio. I didn’t know she was such a powerful songwriter. I can’t remember when I took this one or who it was for, but you can tell she’s already got coin by this point. She must have already had writing credits by this point, because she’s blinged out in the photo.” 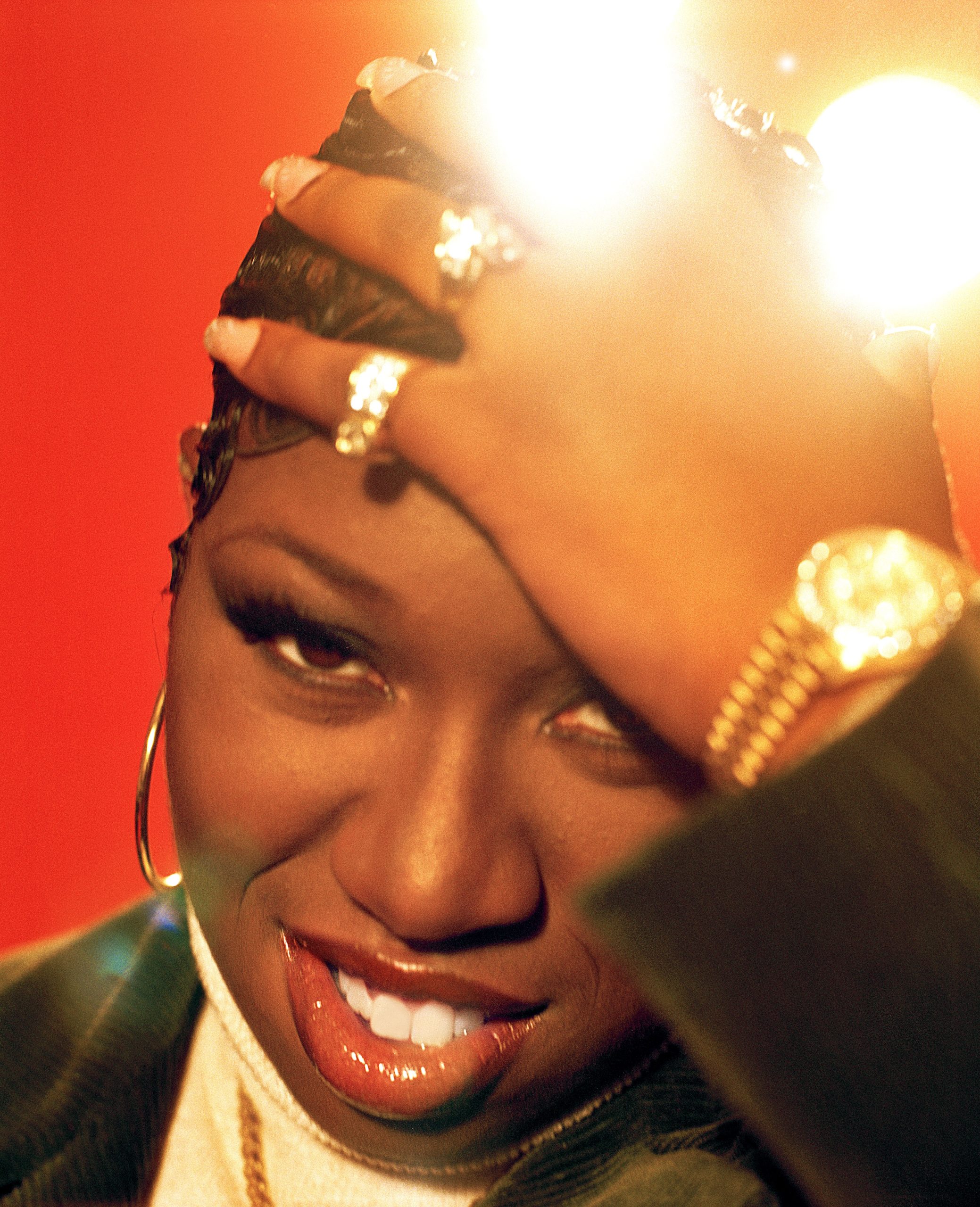 Up until this point, we’d only seen Erykah looking all regal, in her head wrap and makeup. This was the first time you got to see her stripped down. The inspiration came from my homies in jail, who always wanted me to send them photos of the celebrities I was shooting. But they’d be like, “don’t send the polished ones, send the ones that make it look like Erykah is sitting on your sofa.” I was like, “Oh shit, is that what the kids are into?” That inspired a whole series of very spontaneous photo shoots. I’d heard about this woman in Harlem, called Miss Mimi, who had this tiny, great apartment in Spanish Harlem. Plastic on the furniture, very Latin, you know what I’m saying? So I brought Erykah there, and a whole different side of her came out. She came by herself, she shaved her head on set, and she did her own makeup. That’s one thing that’s different from artists now: they all have so many people around them. Lauryn’s from Jersey too. My mom used to do her hair when she was young. She still came by my mom’s beauty salon, which was deep in the hood, even after she was famous. So when we did the shoot, her mom and my mom came along, since they all knew each other. Everybody knew this was going to be a huge album, because she was so hot with the Fugees at this point. We shot this at Lauryn’s old school, because it tied the theme of Miseducation. 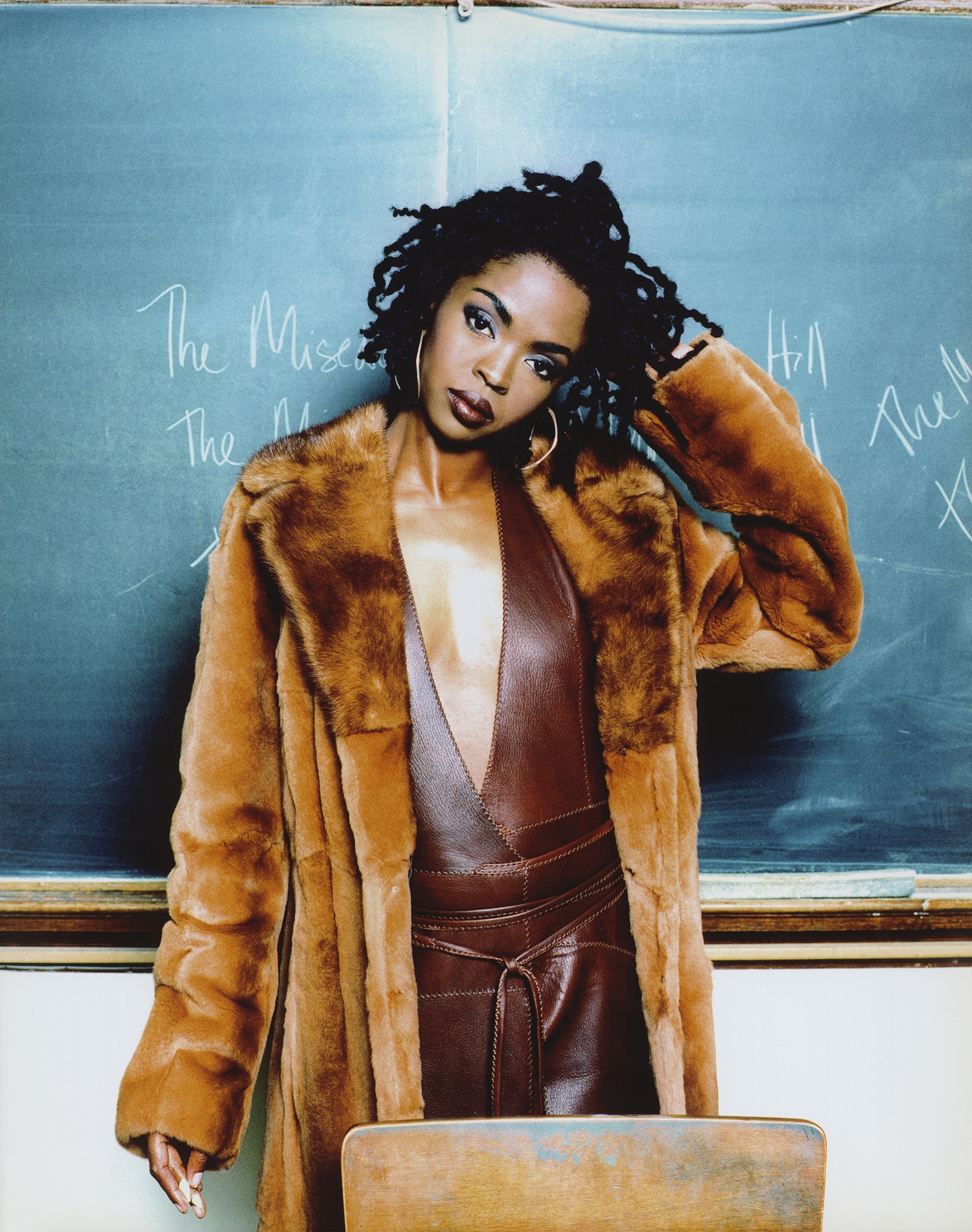 “This shoot was the first time I met her, a couple of months before she passed away. I would have shot Aaliyah for anybody, because she was a bad ass. We all just thought she was the coolest. Back then, when I wasn’t shooting, I was hanging out in the hood in the Bronx and Brooklyn. I wasn’t really an industry person, so I usually met people during the shoot. These days, you connect beforehand on social media, but then, none of us had exchanges like that.

I like the idea of showing well-known people in a completely different light. She started so young, but this photo shows Aaliyah as a grown up, beautiful woman who was not trying to be trendy or anything. It’s just clean. It felt important for me to show her that way. These photos were used to memorialize her in TIME.” “I shot Nas a couple of times back in the day, and I just had so much respect for him. He’s so intelligent that sometimes we’d just pass time in silence because I didn’t know what to say. This is right on Broadway and Great Jones. We didn’t have the budget to use a studio. He looks so young here. ” We all loved Cam’ron, because he’s so rude and just cool, you know what I’m saying? I didn’t honestly think that I was a good match for him, because of how artsy I was. I thought it was cool that he wanted to work with me, as opposed to a conventional hip hop photographer, and actually it worked out really well—these are some of the best-known photos of him.