Ahead of her role on the HBO Max mile-high murder mystery The Flight Attendant, Rosie Perez the Oscar-nominated actor, author, dancer, and choreographer revisits (and revises) her cover story for this magazine from 1993. “I was definitely in the clubs about six nights a week, and the only reason why I was able to do that is because I was straight edge at the time, so I was like the Energizer Bunny. It was Spike Lee who met me in the club, and my whole life changed. I had no acting aspirations. It just happened.” “The clubs I went to were Tunnel, The Sound Factory, Wild Pitch, The Loft, The World, Danceteria, Kilimanjaro’s, and Choices, which was my favorite after-hours club. Sometimes I would go to Save the Robots, which was more of a drinking and dancing club, then Palladium, the Marc Ballroom, and Studio 54, after everyone got arrested. I got into clubs at 15 years old. It’s horrible, but that was New York back then. And the crazy thing is, I never had to pay. It was like, ‘There goes that crew. Let them in.’ Because they knew that we would start dancing right away. We were there to dance.” “I’m still considered an oddball, and it’s taken me a very long time to make Peace with it. I remember telling Kaley Cuoco [Perez’s costar in The Flight Attendant], ‘I know I’m a bit socially awkward,’ and she fell down laughing. She goes, ‘But that’s what’s so lovable about you.’” “What really killed me about Hollywood is that wannabe–debutante-ball type of atmosphere, where you have to look the part, with that manufactured smile. I remember one time I got invited to Salma Hayek’s barbecue. As one of the few other Latin people in Hollywood, she was very welcoming to me. I rolled up in my beat-up truck, and there was valet parking. Coming from Brooklyn, it was like, ‘There’s valet parking at a barbecue?’ I felt awkward right away. I went in wearing Daisy Duke shorts and high-top combat boots thinking, ‘I look cute for a barbecue.’ But people were decked out, like they were ready for their closeups. I was like, ‘Where the fuck am I?’” “I would take that back in a heartbeat. Those were words that were told to me to try to validate the abuse that I endured. People would say, ‘Aren’t you grateful that you’re from a tough neighborhood? That’s who made you who you are.’ And at that time, prior to therapy, I never knew why I would get a lump in my throat, or get really tight in my chest. I would just say something to cover it up. Now that I’m older and wiser, it’s like, ‘Fuck that.’ If I had to do it all again, I could do without being beaten up by my mother and by the nuns that were all supposed to be taking care of me. Because guess what? Without being punched in the face, without being beaten with a paddle, without being pushed to the ground till I was bloody, imagine who I could have been. Imagine how much greater my life could have been. So fuck them, and fuck that.” 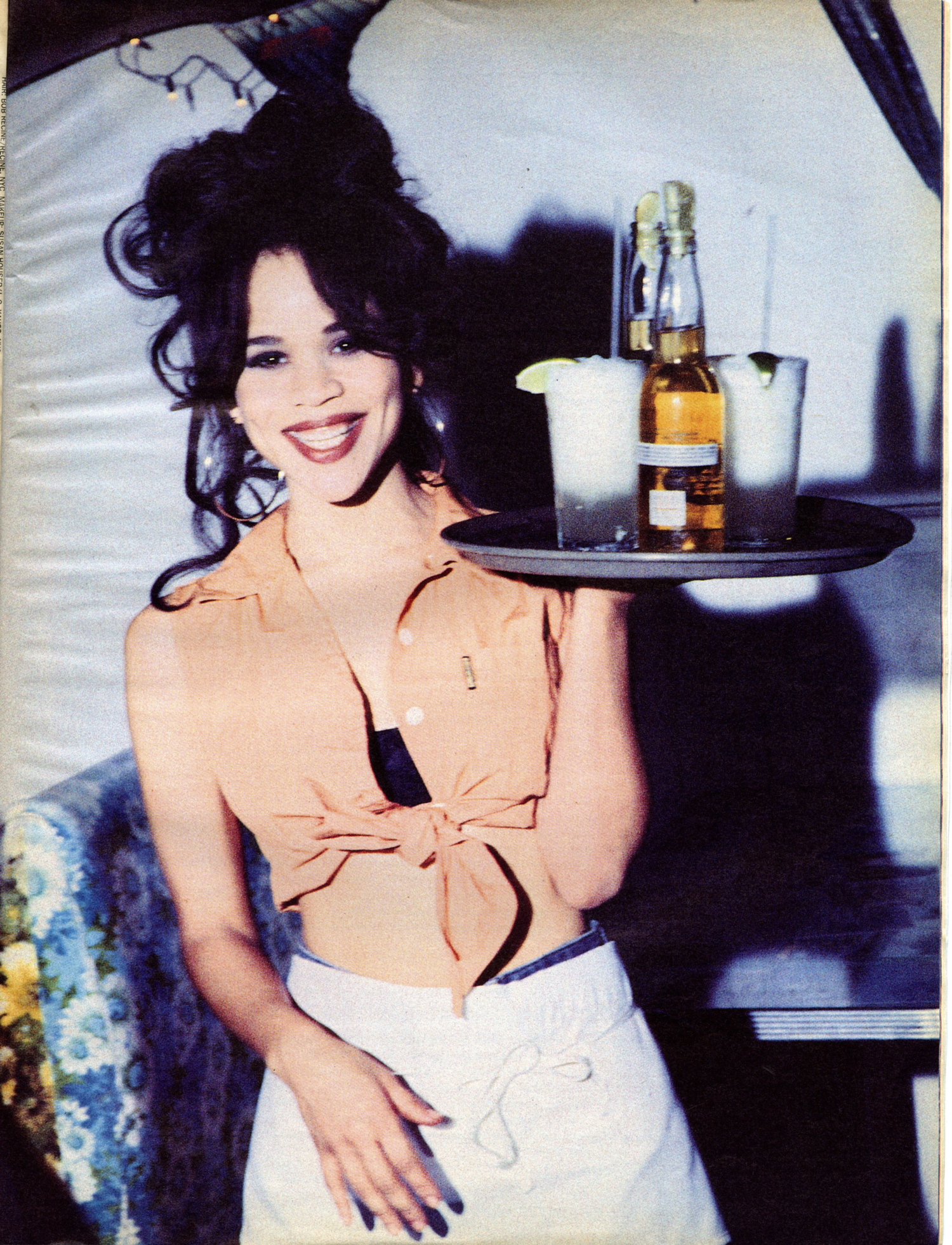 “I live about four minutes from where I was living at that time. Sadly to say, Tony just passed away last week. A life cut way too short. But Kookie is still here. I texted with  him two days ago, and Rhonda still lives five minutes away.” “The essence of Brooklyn is still here, but now you’ve got to search for it. And that scenario of us driving down Eastern Parkway? Now it would be bumper-to-bumper traffic. But I still believe in Brooklyn. I haven’t given up on it yet.” “At that time, there was a part of me that was ashamed of my past, and I was covering once again. I had not told anybody my full story, outside of my college buddy Marian Wade, and my best friend Julie. They were the only ones who really knew, outside of my family and my old friends from Brooklyn, that I was a ward of New York State and part of the child welfare system, and in a Catholic home. Nobody knew that. So, if I was saying to her at that time, ‘I’m afraid to look back,’ I was probably subconsciously referring to that.” “I encountered that a lot. The #MeToo movement helped, because for years, women were screaming, ‘Hey, we’ve got to stick together,’ and it would never pan out. They were still holding onto the patriarchy to validate their positions, and were too afraid to let another woman in. Now, with this new culture that we’re living in, women understand that power is in the numbers.” “It’s still not great. When people get all excited, I’m like, ‘Why are y’all getting excited? It’s good, but it ain’t wonderful.’ I said to one of my girlfriends, ‘You know something, darling? I love you, but you’ve had such a privileged life. You’re not a person of color. You don’t get it.’ She goes, ‘What do you mean?’ I said, ‘Remember when everyone was saying that when Barack Obama got elected that racism was over, and I laughed?’ She goes, ‘Yeah.’ And I go, ‘Well, okay. Sexism ain’t done yet, either.’ Let’s not get ahead of ourselves. Let’s proceed cautiously, and fiercely.” “I haven’t heard a song that has rocked my socks in a long time.”