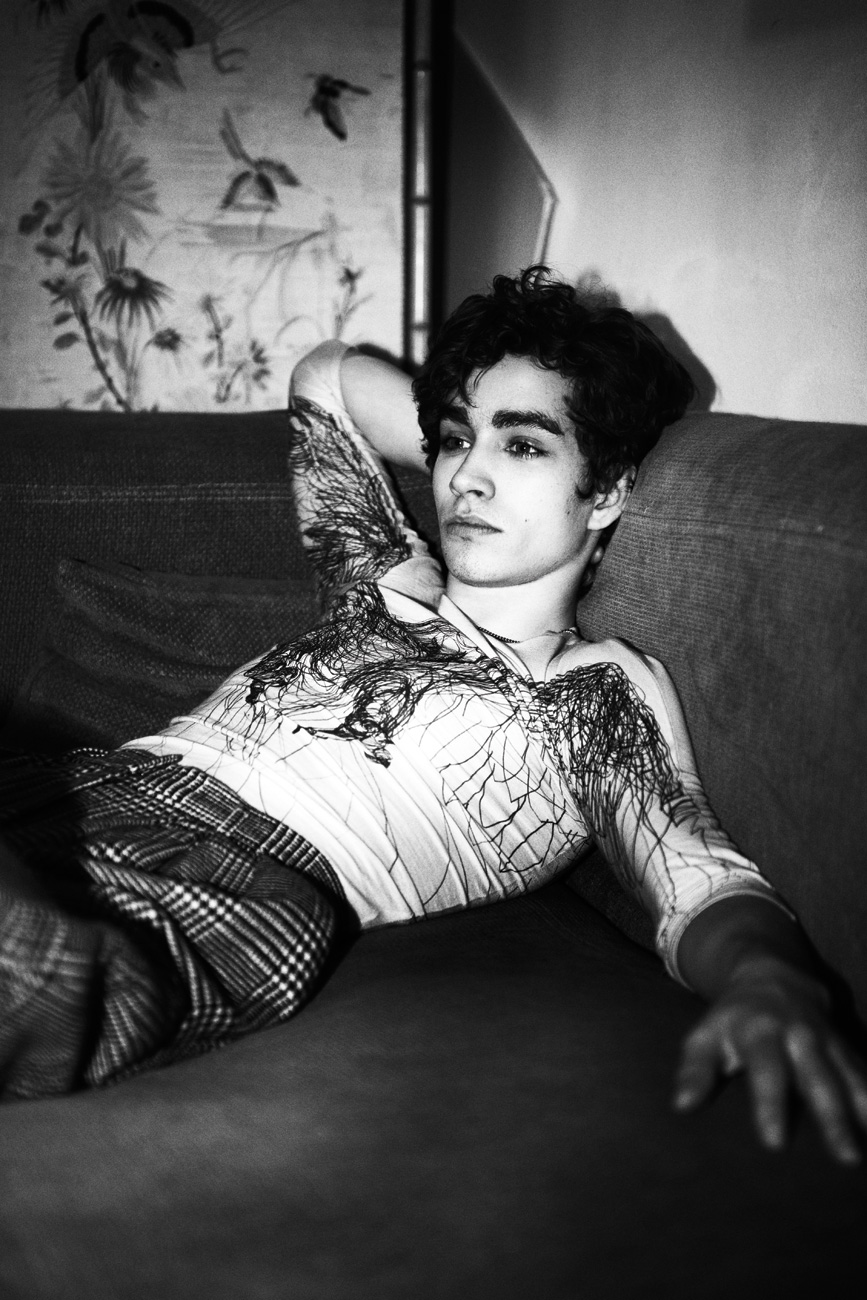 What do you get when you put Nicolas Cage, Ron Perlman, a crew of young Hungarians, and a post-adolescent Irishman together in a remote mountainous location? It’s a premise fit for a VH1 reality show. In actuality, though, the motley crew in question was shooting Season of the Witch, a 14th-century period film in which Perlman, Cage, and 22-year-old actor Robert Sheehan play knights on a perilous journey. “It was a tight little unit,” says Sheehan of his co-stars. “We all had a similar sense of humor—which was generally immature.” Sheehan grew up in the Irish midlands, and at 14 landed his first big role at an open casting call for Song for a Raggy Boy (2003). He worked throughout high school but, after a year of college, decided to commit to acting full-time. “I failed my final exam and just never went back,” he says. “I never had any great five-year plan or anything.” The approach appears to be serving him fine: This year, Sheehan will appear in the second season of Britain’s Misfits series, film the Irish drama Back to Jack with Carey Mulligan, and take a turn as the rival to a fictionalized, teenage version of a certain sunglasses-favoring rock icon in Killing Bono. “I never aspired to be in a band, but being onstage is a very cool feeling,” Sheehan says. “It’s like you’re the lord of the room. It’s hard to croon and run around doing big scissor kicks while also trying to play, though. I’m still mastering that.”