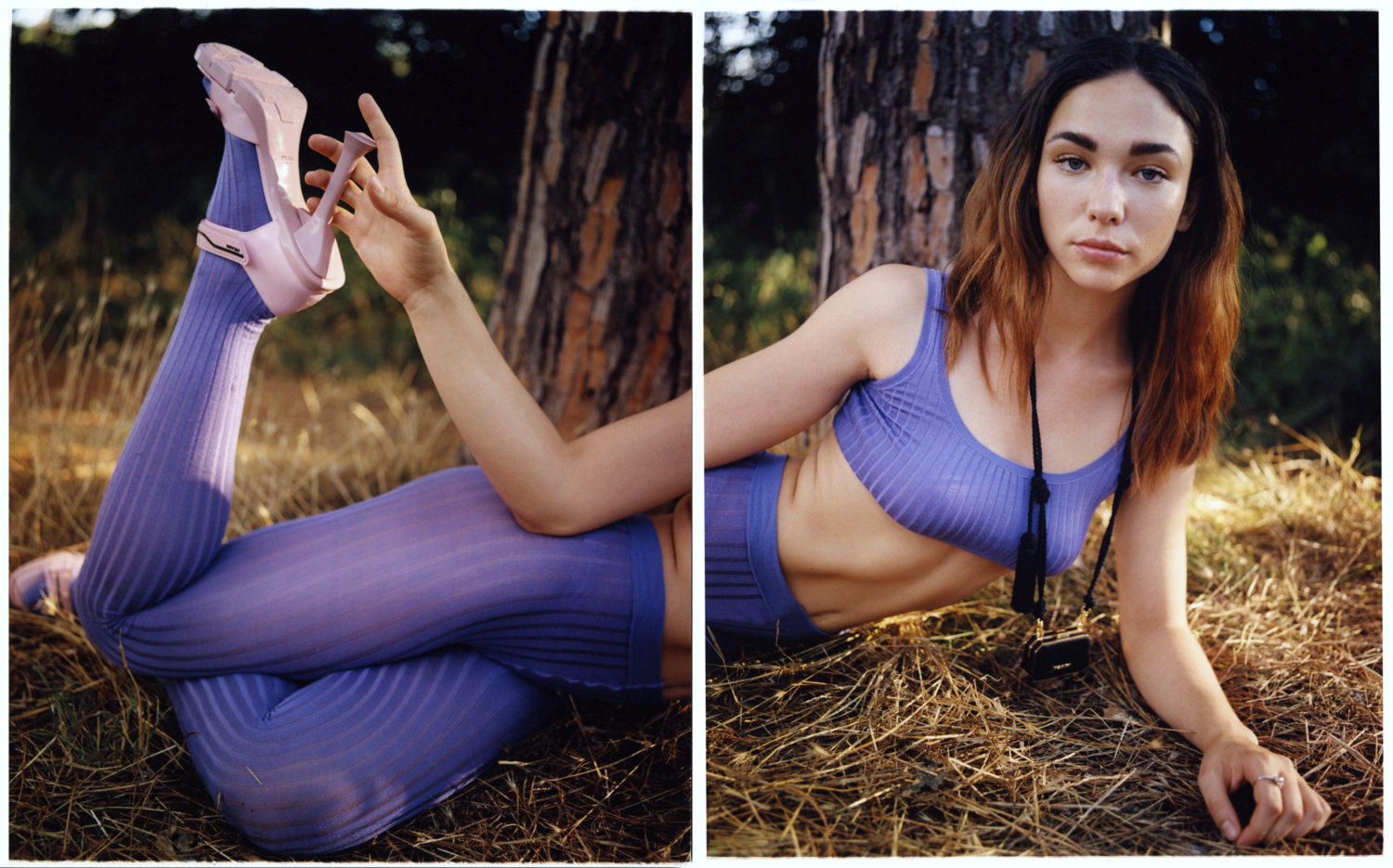 Despite being a rising star in her native Italy, Matilda De Angelis has always felt like Hollywood was a long shot. The 24-year-old actor chalks it up to a childhood spent on the outskirts of Bologna, in the kind of rural town where people plant roots. But after putting herself on tape with the help of her brother, De Angelis was cast in the new HBO thriller The Undoing, opposite Hugh Grant and her childhood hero, Nicole Kidman. “How did I celebrate getting the role? I got drunk. Really drunk. I went out dancing with my friends and I just couldn’t stop smiling all night. Then my mom and I took a trip to Madrid that weekend. We wanted to do something crazy, since the whole thing was so crazy. She’s always been so supportive of me, and she was the one I wanted to celebrate with most of all.”

VEITCH: Tell me a bit about The Undoing. What was your audition like?

DE ANGELIS: Actually, I did a self-tape audition. I was in my hometown, which is near Bologna in Northern Italy. I was nervous, because all I knew about the project was that it was very big. When you don’t have a director with you to guide you through the process, you have to do everything blind. And because I have the mind of a goldfish, I immediately erase a line after I deliver it, so it was tricky. I recorded the scene maybe five or six times before sending it in. When I finally sent the tape, it felt like ripping off the band aid. I had to grit my teeth. [Laughs] So, that was a bit of a trauma.

VEITCH: Which scene did you perform?

DE ANGELIS: It was the first scene where we meet Elena [Alves, De Angelis’s character in The Undoing], at the school committee meeting with the other mothers from Reardon School. They’re all wealthy and polished, and Elena, a young mother whose son is attending this elite school on a scholarship, arrives with her screaming baby.

VEITCH: That is an intense scene.

DE ANGELIS: Yeah, I know. Of course, after reading the scene I was pretty much sure I wasn’t going to get the role, because it was such a big scene and I was doing it on my own. I had so little information about the characters, I was like “Why is Elena doing this? What is her problem?” So much of the tension between these characters is to do with class, and there was no context in the materials I was given. So I thought, okay I’ll just try, and I’ll do my best. When they told me I actually got the part, I could not believe it.

VEITCH: Where were you when you got the call letting you know about the role?

DE ANGELIS: I was at home, with my mother and brother, which I rarely am because I live in Rome and don’t get to spend much time with my family. I was having dinner, and my agent called me and told me I’d gotten it. I freaked out, literally, because I knew most of the scenes were with Nicole Kidman, and she’s been my favorite actress since I was a little girl. It’s something that just doesn’t happen to us.

VEITCH: What do you mean “us?”

DE ANGELIS: I grew up in the middle of nowhere. Farms, animals, that kind of thing. You expect that you’ll be there your whole life. I always wanted something more than that for myself. Getting this chance, it’s something that just never happens to people here. You don’t even dare to imagine it, and then you realize that all of a sudden, it’s happened to you.

VEITCH: What was your first meeting with Nicole Kidman like?

DE ANGELIS: I’ve been in love with her basically all my life, and on the day I was supposed to meet her, and when she arrived—she doesn’t walk, she floats on the air like an angel— I was just struck by how beautiful and charming she was. She’s Nicole Kidman, but when you meet her, you instantly feel comfortable. And Hugh Grant, too. We had so many challenging scenes together, but he was always such a good sport to me, just funny and always supportive.

VEITCH: Without giving away the plot, can you tell me what went through your mind when you kissed Nicole Kidman?

DE ANGELIS: Wow. I loved it. I was so proud! I immediately told all my friends about it. I think of it as my first kiss.

VEITCH: Elena has a sort of fixation with Nicole Kidman’s character. Their connection is very charged. How did you approach your nude locker room scene? Were there any barriers for you in preparing for it?

DE ANGELIS: Not really. Whether it’s my eyes, or my mouth, or my boobs or my vagina, my body is just another tool to express myself. It’s still me. As long as the goal is to communicate something complex, then nakedness can be a powerful way to express and persuade.

VEITCH: Did you study acting?

DE ANGELIS: No. My first role was as the lead in an Italian film, because the director was searching for a non-professional actress who had a specific accent from a specific region in Italy. I just showed up to this open casting call and a few auditions later I got the part.

VEITCH: So you’ve always learned on the job.

DE ANGELIS: Always. Which is great, but also frightening, because you never have the time to really process what you’re learning and reflect on your performance. But it’s the story of my life. You get the call, and then five days later, you’re halfway across the world.

VEITCH: Were you daunted by the idea of acting in English?

DE ANGELIS: I was really nervous about it, but it ended up being really liberating. Because words are a truck for emotions. When you act in another language, it’s almost like the impact of each word is more powerful, and the emotions feel new. You don’t have the built-up memory of associations and connotations to the words. They don’t feel as common. I’ve been in love with English all my life, so it was exciting for me.