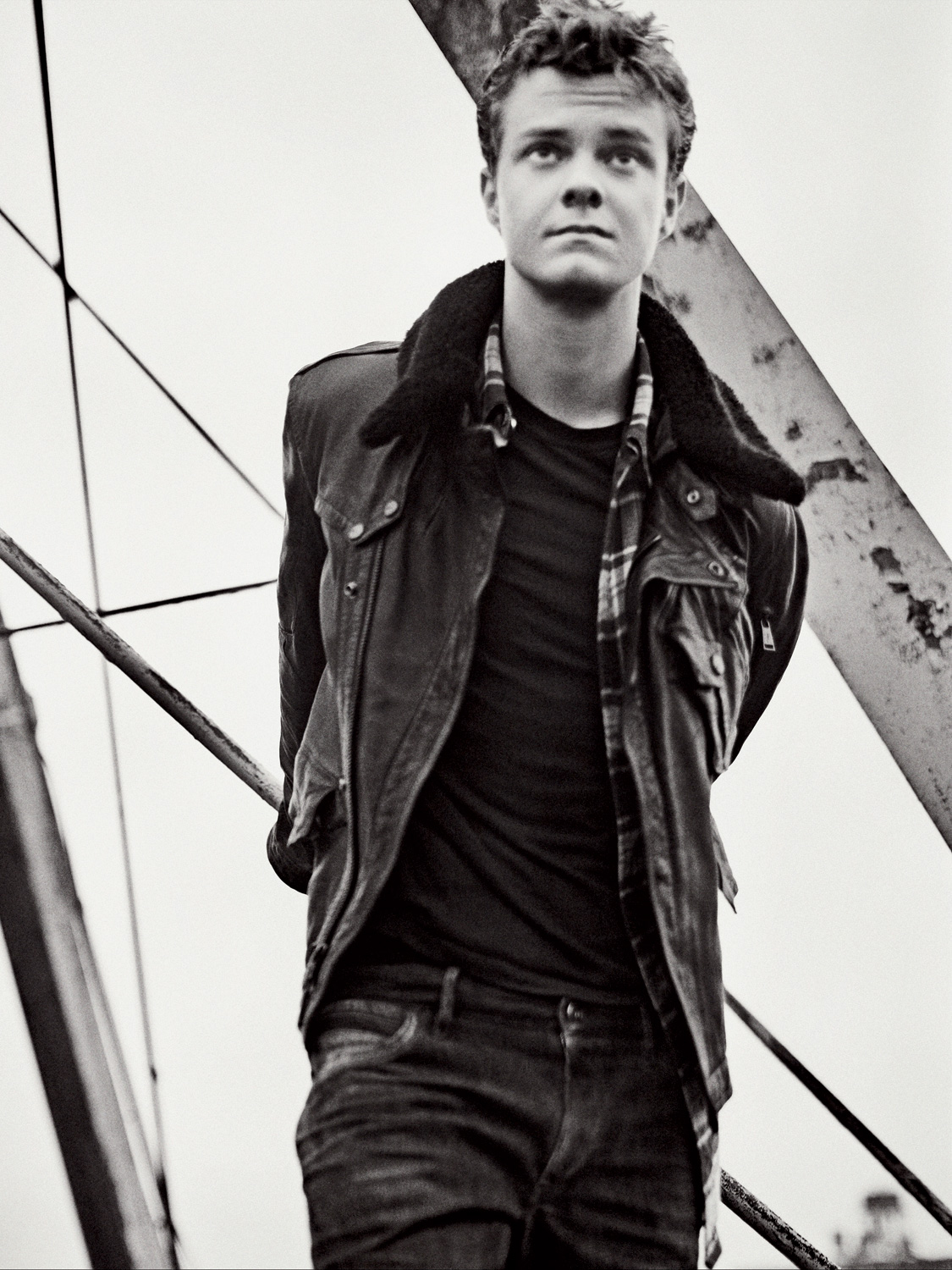 “I do something horrible to someone very small and cute, and then I have my ass handed to me immediately after,” says 19-year-old Jack Quaid of his feature film debut in the much-anticipated post-apocalyptic fantasy The Hunger Games, which is due out in March. “When I got cast, I was told that people would be spitting on me in the streets,” he says. Directed by Gary Ross (Pleasantville, 1998; Seabiscuit, 2003), the first installment of the franchise based on the best-selling young-adult novels by Suzanne Collins is positioned to inherit the teen hysteria left up for grabs when the Twilight saga finally draws to a close. Quaid plays Marvel, a spear-throwing competitor in a state-sponsored, televised outdoor-arena battle to the death. (Spoiler alert: He receives an A-list slaying at the hands of Academy Award–nominee Jennifer Lawrence, who plays the teenage heroine Katniss.) The project, essentially a satire of reality TV culture, also serves as a high-profile career kick-off for the son of Meg Ryan and Dennis Quaid, whose previous on-screen experience was mostly limited to comedic shorts done with friends—a highlight of which is The Invasion of the Douchebags, in which a Phil Collins song triggers a virus that turns residents of Martha’s Vineyard into, well, douchebags. The main difference between The Hunger Games and Douchebags? “One was filmed with a budget of millions of dollars, and the other was filmed with a budget of about 20 bucks—which went toward the sunglasses I wore in it,” says Quaid. Still, he’s no stranger to the particulars of professional movie making. Currently a sophomore in the Experimental Theatre Wing at the Tisch School of the Arts at New York University, Quaid has fond memories of childhood visits to see his parents at work. “I’ve been on sets my whole life,” he says. “But this is the first time in front of the camera and not in a chair with Sour Patch Kids from the craft services truck. It was a new sensation. It was weird . . . I really liked it.”