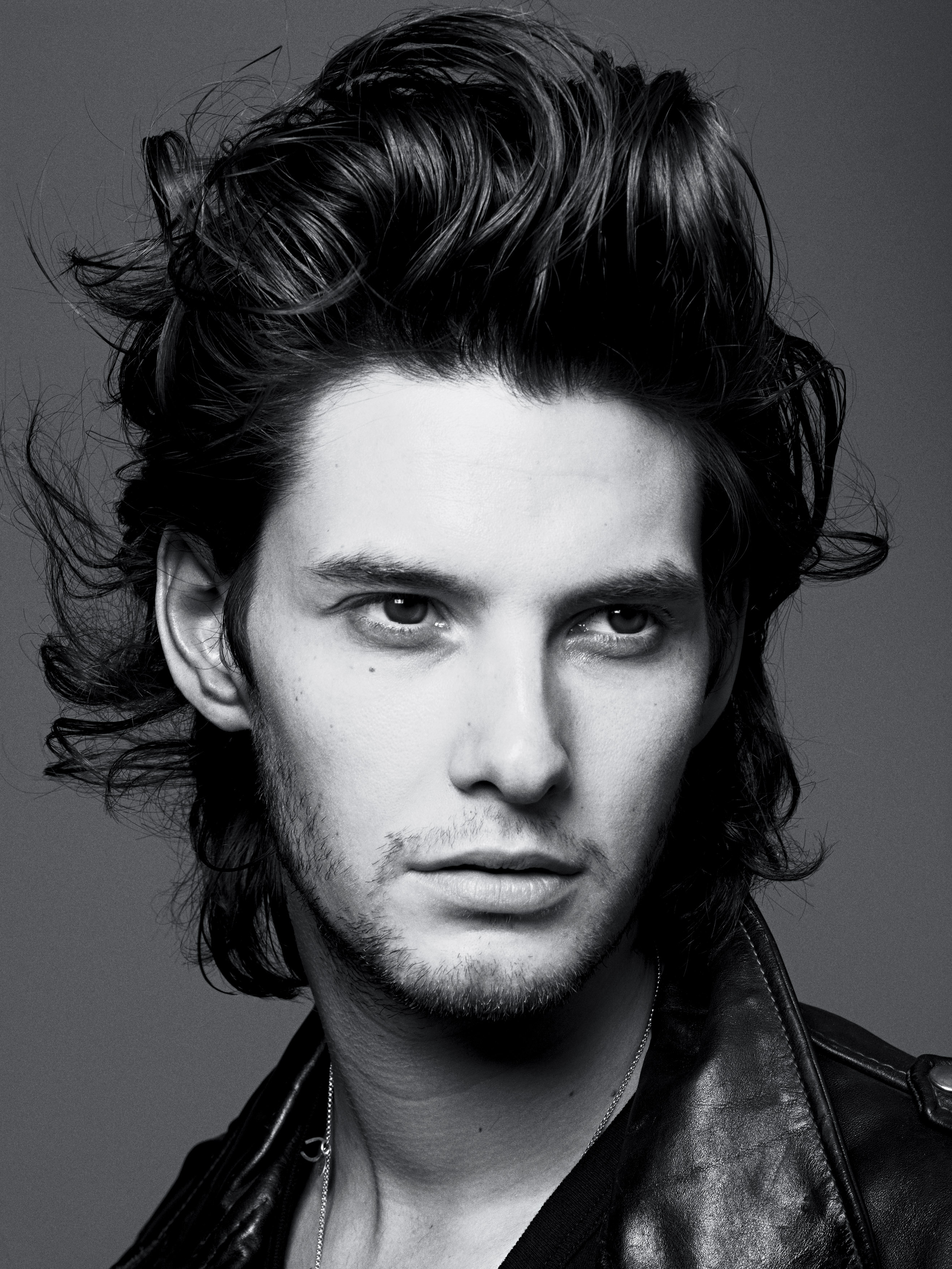 It’s hard to believe when looking at him, but Ben Barnes’s first stab at fame came in front of a microphone, and not a movie camera. Barnes was 17 and living with his folks in Wimbledon, England, when Pop Idol talent-spotter Simon Fuller signed the young man up to his label, 19 Management. Barnes was dubbed the next teen heartthrob, but all too soon his singing career sank into a sorry sequence of dead notes that ended in 2003, when the band he teamed up with failed to qualify for the Eurovision Song Contest. He retreated to Kingston University, in London, where he studied English and drama. He didn’t know it at the time, but the loss of his crooner ambition would set him on course for a spot among cinematic royalty.

Barnes’s turn as the hero Prince Caspian in the second Chronicles of Narnia film, released this past spring, has turned the 27-year-old actor into a global poster boy. Hollywood usually casts young male Brits as villains or rebels, but Barnes comes equipped with way too much of that other clichéd English trait-charm-to be convincing in those dark roles. Nope, the kid was cursed to be a valiant hero in a multi-million-dollar fantasy-adventure movie. Just look at his first big break, in Matthew Vaughn’s fairy-tale epic Stardust, where he was given the small but pivotal role of Young Dunstan, which in retrospect seems like an elaborate audition for Caspian. Not to say Barnes is a walking, talking typecast: He played a broke Russian immigrant in Suzie Halewood’s independent movie Bigga Than Ben and the cocky straight-A student Dakin onstage in Alan Bennett’s The History Boys.

Today, living in central London, Barnes has signed on for the third chapter of Narnia and recently took on the role as the son of Colin Firth’s and Kristin Scott Thomas’s characters in the film version of Noël Coward’s tragicomedy Easy Virtue. He’s also currently filling the shoes of a very different male fantasy character, Dorian Gray, Oscar Wilde’s handsome protagonist who sells his soul to the devil to stay looking very much like Ben Barnes does today. In real life, Barnes sees himself as more of an accidental sex symbol.

KALEEM AFTAB: The last time that we saw each other was a year ago. You were still acting onstage in The History Boys and were excited that Bigga Than Ben was nearly completed. What a difference a year makes.

BEN BARNES: It’s so funny, last time I saw you this change in fortune was just happening.

KA: Yeah. You’d just been to-or were about to go to-the audition for Prince Caspian.

BB: And then it all went a bit mental.

BB: Exactly. But Bigga Than Ben played at the Edinburgh International Film Festival. It never came out! Now it’s getting released in a few cinemas in the U.K. They’ve cut it together with really cool music and got the likes of Pete Doherty on the soundtrack.

KA: Has all the attention you’ve been receiving come as a shock?

BB: Yeah, but I’ve been working steadily at it since I left school, moving up the ranks, as it were. When I first came out of university, I had my obligatory six months out of work and was pulling my hair out, wondering what the next step was. It was such a miserable state of affairs for me in London. There just didn’t seem to be any work. I saved up some money and headed over to the States and bashed on a few doors and got a few meetings and took some auditions to play L.A. lifeguards and all sorts of things I was entirely inappropriate for. I managed to get a pilot, but it wasn’t picked up. Then the work in London started slowly coming.

KA: Did you have any trepidation about playing a fantasy hero?

BB: Luckily for me, Caspian is supposed to be scared and running for his life most of the time. When I got to the set, I was fairly intimidated by the size and scope of the film. I wasn’t really prepared for it. I found myself having to learn all these new skills-horseback-riding, sword-fighting, and accents. There was sort of this Narnia boot camp that I had to throw myself into for a few weeks before we even started shooting.

KA: There was a period earlier this year when you couldn’t walk a block without seeing your face on a poster.

BB: When they first showed me the publicity campaign, I said, “Is that sensible?” They said, “It’s called Prince Caspian, so we’ve got to have the prince on the poster.” It was a little disconcerting, you know, when I went over to the States to publicize the film, seeing myself 15 stories high. When you’re driving down Sunset Boulevard and you see Harrison Ford and then Will Smith and then Robert Downey Jr. and then yourself, you think, What am I doing up there?

When you’re driving down Sunset Boulevard and you see Harrison Ford and then Will Smith and then Robert Downey Jr. and then yourself, you think, What am I doing up there?Ben Barnes

KA: At least your new higher profile ensures that you won’t be scrambling for parts in tiny independent films.

BB: I still do independent work. In two weeks I start shooting a version of The Picture of Dorian Gray that is obviously much darker, much grittier-it’s more of a gothic horror story.

KA: Looking at 15-story-high posters of yourself seems like the perfect grounding for playing a character like Dorian Gray.

BB: There have been some very interesting parallels. I don’t really see the point in making a film unless you can think of a good reason to do it. We live in this celebrity-obsessed, youth-obsessed culture, and it just seems to make a lot of sense to make this Dorian Gray film right now. Especially for me, as somebody who’s . . . I don’t know if “on the brink“ is the right term, but sort of at the beginning of getting attention from the media and from other people. Dorian Gray is also somebody who, at the beginning, doesn’t want to be looked at, doesn’t really want to be noticed, but then begins to realize the power of youth and the power of people wanting to be around him. Obviously it goes very dark, which I’m hoping in real life my part won’t. I suppose you have to be aware, on some level, of the attention being focused on yourself even to accept a part like Dorian Gray.

KA: But being cast as Dorian Gray is like being told you are the ultimate in beauty, that people should sell their grandmothers to look like you. That must give you so much confidence.

BB: I don’t know. You still get these waves of doubt that come over you, for example, when you get a bad review or you accept a part and think, “Oh, God, what have I just accepted? I can’t do that.” I don’t think that’s something that will ever go away in me.

KA: I’ve never taken you for a fragile soul.

KA: Is there anything you’re scared of doing?

BB: My brother is organizing a half marathon in London called Run to the Beat. You run to music. They wanted me to do it to help promote the charity, but I can’t because I’ve got such terrible knees. I can’t run. I start getting twinges. If I were filmed running, it would be awful.

BB: Sexuality is a topic that has huge shifts in -society. Attitudes toward different sexualities change, but the actual sexuality of a human being is something that’s consistent, and it’s consistently interesting, and so people write about it. But having said that, I think that for all the characters I’ve played-obviously Caspian-sexuality hasn’t been the most interesting thing about them.

KA: Then what was it like playing the husband of Jessica Biel in Easy Virtue?

BB: Actually, we were in the recording studio together just this morning. We were singing some songs together in this sort of ’20s jazz vibe, and it was so much fun. My character has to be in love with Jessica’s character like a puppy, which is not a very difficult thing to act.

KA: How are you finding being called a sex symbol?

BB: I honestly find it slightly cringey and embarrassing [laughs]. I don’t really believe it, to be honest.

KA: Do you find yourself playing it up? I’ve seen you quoted as saying something really cheesy like “I’m single and looking for a normal gal.”

BB: Oh, no! They always just make it sound ridiculous. I was asked, “Have you got a girlfriend?” I said no. Then I said, “But I think having a big film coming out will probably help that”-as a joke! The dryness of the delivery was entirely sucked out. It was obviously supposed to be a joke, but when I read it, it was like I was looking for the babes. I’ve never said “babes” in my entire life! I find it really just embarrassing. Even the words film star make me feel awkward. I don’t know how you’re supposed to respond when people say things like that. Certainly I don’t get any more attention on the street or in bars than I ever did.

KA: You think you’ve been waylaid with a lot of pressure lately as a rising star?

BB: When you’re doing a film, people are

always telling you exactly what to do. Literally, your own decisions are taken away from you. After three months of publicity, you’ll get a menu and think, I don’t know what I want. You have to ask other people what they are having to cover up this inability to make a decision.

KA: Would you ever return to singing?

BB: Never say never, but I highly doubt it. I love music and I love singing. I just feel that musicians have a harder time than actors do.

KA: But a lot of actors are in bands.

BB: I like the ones who just kind of do it for fun. The Johnny Depps and Russell Crowes. It’s great if you’re not trying to pimp it out and exploit it for all it’s worth.

KA: What do you sing in the bath?

BB: Well, I was in Japan a few times recently, doing karaoke, and there were a lot of Beatles songs flying around.

BB: “Twist and Shout.” What I love is that they’d done two solid days of recording, and it was late in the evening on the second day, and John Lennon’s voice was completely shot, and he just completely went for it, ruining his voice for a week.