Welcome to Thirstory, where we whet your appetite with pages from the Interview archive that were almost too hot to print. This week, we revisit our June 1990 feature of the English actor Jeremy Irons.

They say the third time’s the charm. Last month, rumors swirled that the Academy Award-nominated director Luca Guadagnino was in the process of penning a fresh take on Evelyn Waugh’s 1945 novel Brideshead Revisited for BBC. Though the literary masterpiece has already been adapted twice before—the first time in 1981 with a serialized TV series, and again as a theatrical release in 2008— there’s no denying that the classic story is certainly within Guadagnino’s wheelhouse. Waugh’s plot weaves a dreamy tale set betwixt Oxford University and a sumptuous English estate, following the fast friendship and underlying queer eroticism among its lead characters, Charles Ryder and Lord Sebastian Flyte. Gossip insinuates that the cast will include an all-star lineup of Cate Blanchett, Ralph Fiennes, Rooney Mara, and the English heartthrob Andrew Garfield, who is set to take on the role of Ryder. While Garfield will likely deliver a titillating performance as the narrator of the new adaptation, we can’t help but take a moment to dote on the OG Ryder, Jeremy Irons, who first played the protagonist in the 1981 version of Brideshead. In a portrait session snapped by photographer Michel Comte for Interview‘s June 1990 edition, you can easily see why. The masterful performer, then 42, is a shirtless stallion, a show pony worthy of all the ribbons. Oh, and the horse is pretty handsome, too. 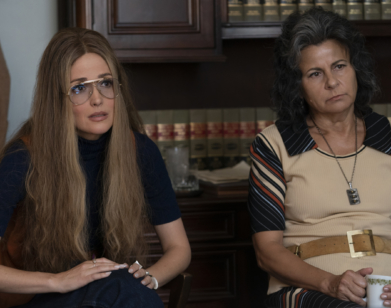 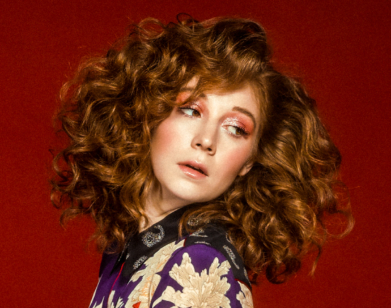