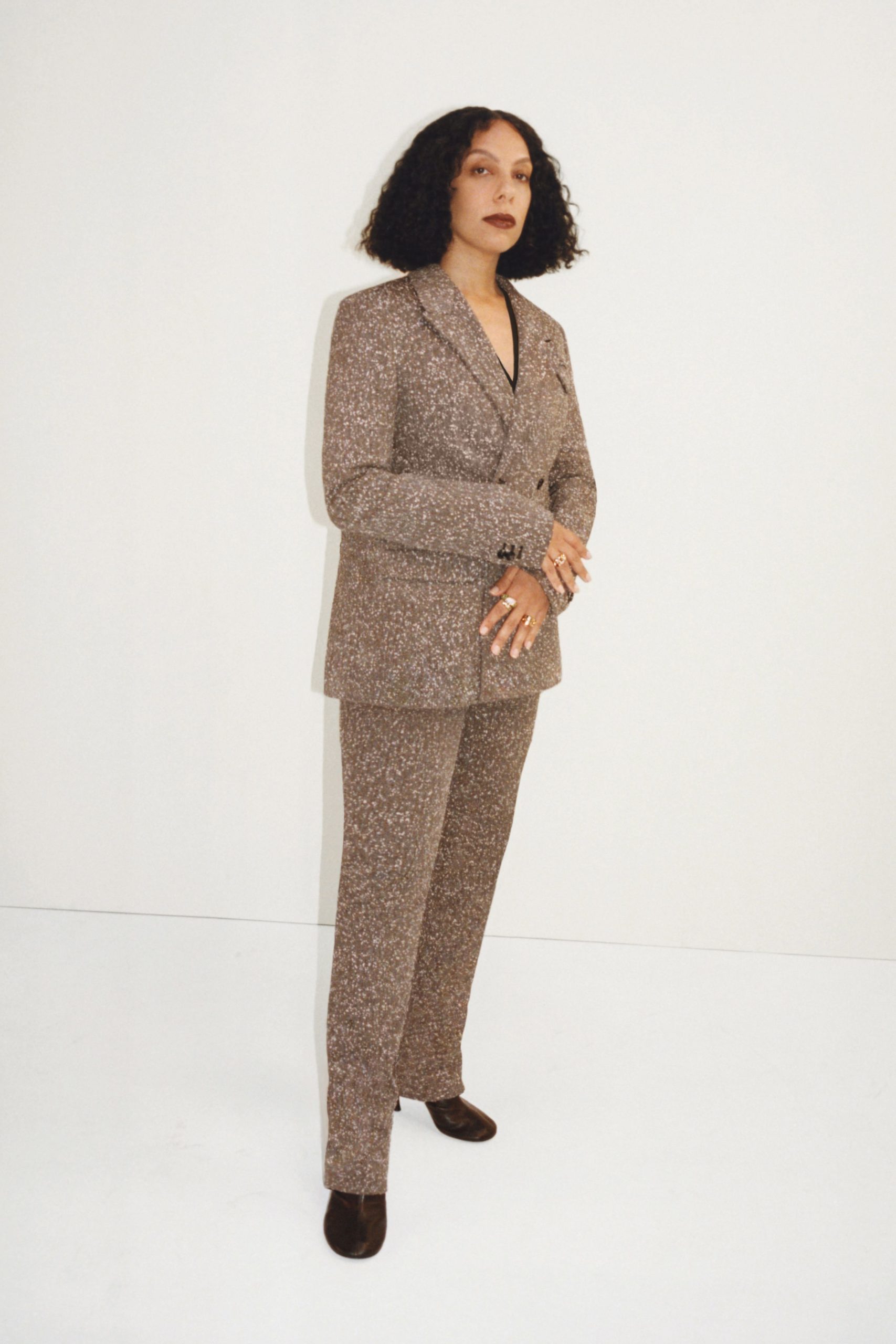 Melina Matsoukas’ lush cinematography has gripped audiences in commercials, museum galleries, and movie theaters. The director, who lent her zeitgeist-capturing eye to music videos including Rihanna’s “We Found Love,” Solange’s “Losing You,” and Beyoncé’s “Formation,” counts two Grammys, four MTV Video Music Awards, and a Cannes Grand Prix among her accolades. In recent years Matsoukas has tried her hand at longer projects, helming episodes of Aziz Ansari‘s Master of None and Issa Rae’s Insecure, and premiering her debut feature film, Queen & Slim, which brought home the BET Award for Best Movie (along with a slew of other nominations) last year.

This week, Matsoukas is featured in Bottega Veneta’s Wardrobe 02 campaign, a bold collection of crisp ready-to-wear silhouettes anointed with colorful accents, alongside other prophetic creatives including Little Simz, Arca, Neneh Cherry and others. Below, Matsoukas reflects on her creative process and the work that’s yet to come.

INTERVIEW: How would you describe your cinematic style?

INTERVIEW: When you sign on to a new project, what sources do you draw from to shape the look and feel of the final product?

MATSOUKAS: I always look to the history behind the words.  What is the time and place in which the story is told? Who are the characters?  What are their views, ideas, and perspectives?  My approach is generally rooted in authenticity, so I look to the foundation of the story to inspire my choices.

INTERVIEW: Do you have a work uniform for long days on set?

MATSOUKAS: I usually wear a blazer and sweats with a bucket hat and some sort of belt bag for the many pens and scripts I lose through the day. INTERVIEW: What is the most treasured item in your closet?

INTERVIEW: Nor should you. What ingredients do you think every work of film, be it a music video or a feature length project, needs in order to capture viewers’ imaginations?

MATSOUKAS: I think every piece of art needs a strong perspective.  Something that makes it unique and feel inspired. The artist is the necessary component to any piece of art.

INTERVIEW: What are you working on right now?

MATSOUKAS: I’m currently working on a film collaboration with The Metropolitan Museum of Art for their “In America: A Lexicon of Fashion” exhibit which premieres in September, which is about the intersection of American fashion, architecture and history. I’m also developing a show with Netflix based on Marlon James’s incredible book A Brief History of Seven Killings which takes place in ’70s Kingston, Jamaica, which is visually and sonically one of my favorite eras in history. And lastly I am also prepping for an adaptation of Victor LaValle’s The Changeling which is an incredibly modern twisted fantasy full of magic and loss and myth and folklore.

INTERVIEW: Can you share a couple of particularly special memories or interactions that have stuck with you from your time working on Queen & Slim?

MATSOUKAS: Definitely the incredibly creative and strong women I worked with on that project. It felt like such a community of support in what was a very challenging journey. Without my sisters to both inspire and empower me I wouldn’t have made it through that process. Having partners to build with and relationships based in trust was really important to the creation of that film.