For most children, the formative years involve a series of hallmarks like the first time going to the beach or the zoo; for 26-year-old Presley Oldham, childhood was a bit different. The Texas-born jewelry designer grew up in the fashion industry, rubbing elbows as a baby with RuPaul and models like Tyra Banks, Christy Turlington, and Cindy Crawford at the fashion shows of his uncle, the famed fashion designer Todd Oldham. Later, he would spend his time after school with his mom at Neiman Marcus, where she worked, and also where he learned to love Prada and Alexander McQueen. But Oldham chose his own path, moving to New York City to study acting at NYU, then to Los Angeles in the pursuit of a thespian life. But the pandemic saw Oldham returning to his roots; after a move to Santa Fe, New Mexico, and a few cosmic recalibrations, he launched his namesake jewelry line. As he gears up for a year filled with projects, including an upcoming knitwear collaboration with Maria Dora, the designer got on the phone with Interview from somewhere in New Mexico to discuss all things Presley Oldham.

On the cosmos:  I hesitantly believe in astrology. I’m a Sagittarius, Gemini rising, and Cancer moon. I feel things very, very deeply, and I’m very passionate.

On uniform dressing: What my style essentially dissolves into is a pair of jeans and a white t-shirt and a pair of boots. I’ve found my uniform now. There’s definitely some Texas in there. But I definitely miss dressing up and stretching myself and the boundaries with clothes and everything. 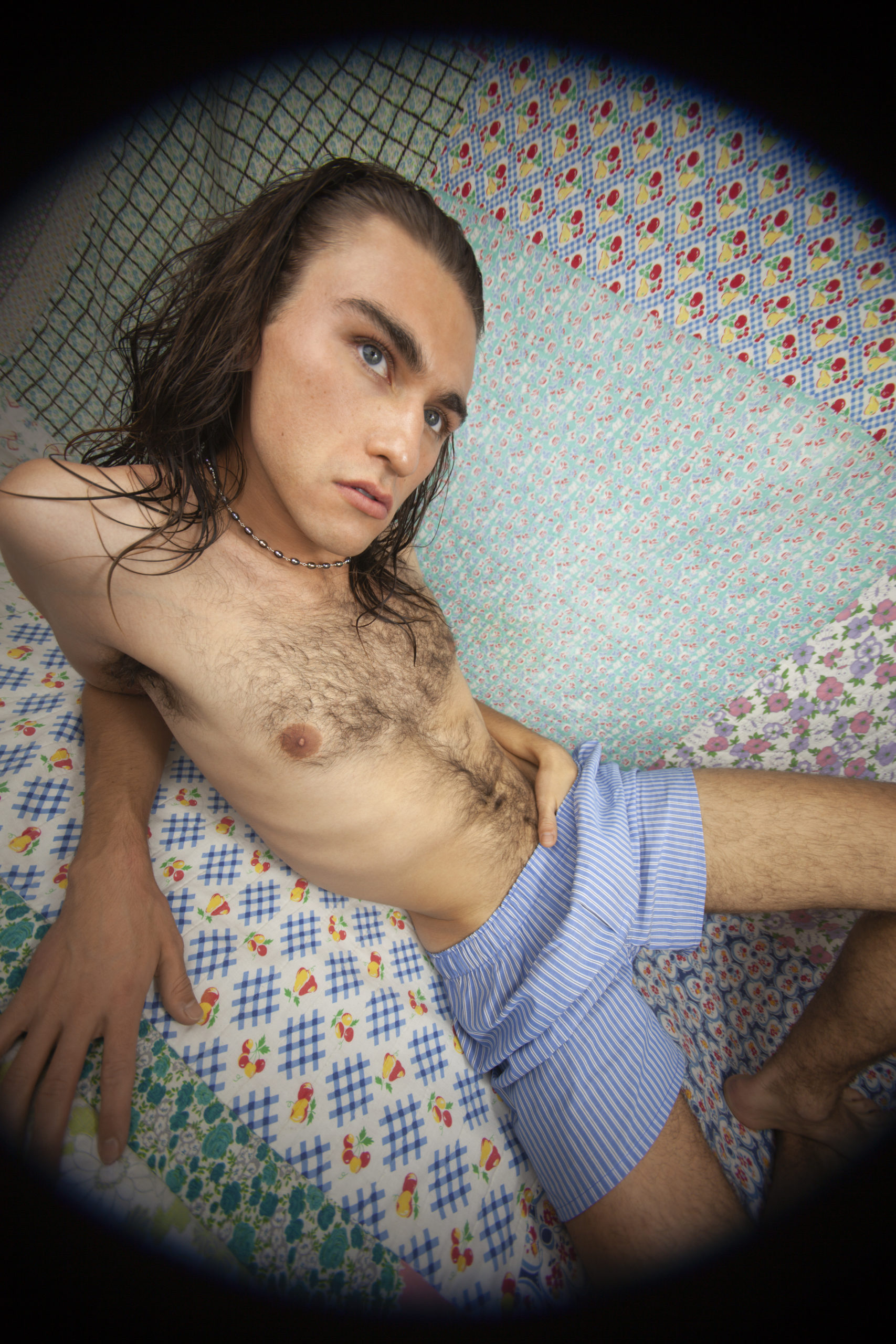 On his baby pictures with RuPaul:  There are more photos, by the way.  There was one on Halloween where I was in a skunk costume that my uncle made for me, and RuPaul was also there. I’ve always said that my life started very glamorous and has slowly gone downhill from there. But I guess that’s subjective.

On a boy’s best friend: When a lot of my other work dissolved, I saw this as an opportunity to make something of these little things that I’ve been making for a while. I had a lot of pearls that I’ve collected over the years, either from family members or from flea markets or different places. So pearls, they’re not something I ever necessarily thought that I would work with to this degree, but I’ve always loved them, and it’s been magical to see where they’re taking me at the moment.

On being a mama’s boy: We don’t need to look at any photos of how I dressed in high school, but I definitely thought I had style then. I think, starting in high school, I started to see how fashion could transport you to different places, be a form of escapism and also empowerment. My mom worked for Neiman Marcus while I was growing up, so I went to Neiman after school a lot of the time. She had the most amazing—well, still has the most amazing—wardrobe of 1999 Prada and Alexander McQueen and all of these things. I’ve always seen the power of fashion and known that very directly and up-close.

On being an early bird: I am a morning person, 100 percent. I wake up early and go to bed early.  I generally wake up between 5:30 and 6:30. You got to get up and do things. That’s the only way I’m staying sane at the moment. On his inspirations: Elsa Peretti is a constant inspiration in my work. I love all of her designs as well. I collect them. I wear them personally, her work for Tiffany’s specifically. I get stuck in music grooves as well that tend to influence my work. Right now I’m in a weird blend of Gladys Knight and Counting Crows, which is a really big breadth of space between those two people.

On the meditative repetition of jewelry: The act of moving my hands—the repetition is very meditative for me. Having something in my hands has been a savior through this time. It’s also meaningful to me that my hands have touched it and that it’s going to someone else to be on their body. On guilty pleasures: Top Chef I will watch for hours. [Padma Lakshmi] is the most beautiful person out there. Oh, and any TV show that Bear Grylls hosts as well. He hosted Man vs. Wild a long time ago. I don’t know. I’m weirdly turned on by him.

On phobias: I’m afraid of snakes. I had a snake fall on me from a tree when I was a kid, and that kind of just cemented it. It was a three-footer, but it was enough to scare the shit out of me.