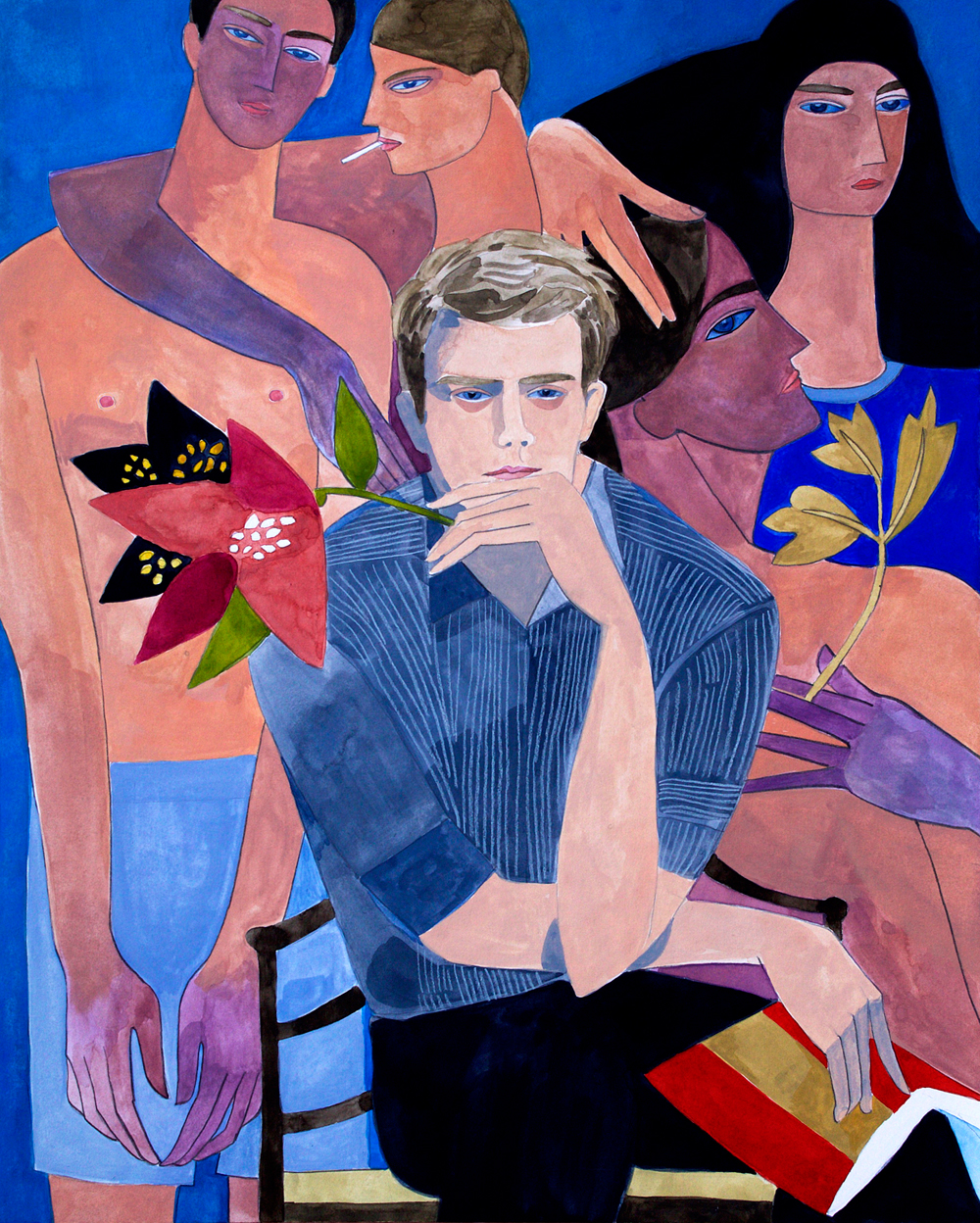 Jonathan Anderson illustrated by Kelly Beeman, from the September 2015 issue of Interview.

“Into” is a series dedicated to objects, artworks, garments, exhibitions, and all orders of things that we are into — and there really isn’t a lot more to it than that. This week: Mitchell Nugent invites the great outdoors in with LOEWE’s latest collection of candles.

In a conversation for this magazine in 2014, LOEWE’s creative director Jonathan Anderson told fashion’s favorite DJ Michel Gaubert, “Fashion is obsessive. It can become a drug. I’ve started to realize that. You start to fight more for your own personal space. You want to get into a moment where you’re in love; you want to be in a moment where you’re at home decompressing.” Six years later, the designer at the helm of the Spanish luxury brand debuts a range of products that live at the intersection of obsession and decompression.

Throughout his tenure at LOEWE, Anderson has made no secret of his preoccupation with detail. With each collection, his precision in pattern-making is immaculately decisive. Despite its fanciful aesthetic, fans of the house know that sleeves overflow at exactly the length intended, while palm leaves are woven intricately into each of the brand’s signature basket bags and leather accessories are stitched within a slim millimeter. Aside from his acute attention to detail, another secret Anderson hasn’t been able to keep is his fondness for nature. In the debut advertising campaign under his creative direction for the brand’s Spring/Summer 2015 collection, the Irish designer sourced archival imagery from Vogue Italia’s July 1997 edition, photographed by Steven Meisel. In one of the ad images, models luxuriate on piles of powdery beaches backed by rolling sand dunes and blossoming with beach grass. Anderson’s love affair with the environment has only intensified over the years. To celebrate the 170th anniversary of the brand, LOEWE released a special-edition calendar featuring portraits of floral arrangements in homage to the famed florist Constance Spry. In 2018, the house rolled out an ad campaign featured model Vittoria Ceretti with dragon fruit stuffed in her mouth, and last year’s “A Show of Hands” campaign (also photographed by Meisel) shows a limber hand with a fistful of grass.

That’s why it came as no surprise when the brand announced plans to release a line of home fragrances and candles straight from the garden. Released earlier this month, the home scents and vegetable wax candles were produced in eleven aromas, and crafted by LOEWE’s in-house perfumer Nuria Cruelles. There’s the herbaceous Coriander, sweet Honeysuckle, peppery Luscious Pea, and an array of other scents that bring the great outdoors inside. With a palette plucked out of a Hieronymus Bosch painting, the glazed terracotta candle holders are, as expected from Anderson, expertly and obsessively designed. With manicured ceramic rings, when lit, the candles create an atmosphere intended for luxuriating—the perfect accoutrement for the fashion-obsessed who are looking to lay back, kick their legs up, and decompress the night away with some retail therapy.