A brief history of Charles James, the designer who inspired Phantom Thread In his prime, Charles James was the designer every society woman from Millicent Rogers and Elsa Schiaparelli, to Anne Messel (sister of Oliver Messel, who was the mother of Anthony Armstrong-Jones, Princess Margaret’s husband), wanted to own. “Being dressed by Charles James was quickly becoming a way to be recognized as a person of substance, originality, and elegance,” notes Michèle Gerber Klein, the author of a recent book about James, Charles James: Portrait of an Unreasonable Man.

At the end of his life and career, however, he was a miserable and unreasonable mess of a man drowning in bankruptcy and chased by innumerable litigations. “He was a selfish egoist, a Renaissance man, and a [wonderfully] complex genius who ‘broke his heart and his health’ wanting to become financially successful in the mass market of clothes,” journalist Austine Hearst wrote.

What happened in between—from his rise to prominent dressmaker, to his inevitable downfall—is what carved his identity as the greatest American couturier.

Naturally, over the course of time, there have been many attempts to portray his surreptitious persona in film and in literature. Paul Thomas Anderon’s 2017 drama Phantom Thread, for instance, loosely drew on James’s life and fastidious work ethic. Although the film largely focused on a twisted and masochistic love story that bears little resemblance to the truth, it accurately captured the notoriously demanding and controlling sides to his personality that made him an admirable designer, but a formidable person.

Klein’s James, on the contrary, more faithfully parallels the real man both inside and outside of the atelier, as she meticulously documents the period that became his legacy. Peppered with society drama, his patrician connections, and the financial and personal pitfalls that haunted him, she also memorializes the remarkable women that inspired the creative genius of James. The author draws on close to 40 hours of interviews—filmed by Anton Perich, with R. Couri Hay and James in 1977—shortly before his death.

Born into aristocratic heritage, James grew up in a tense family atmosphere, shuffled between elite but abusive boarding schools. While ceaselessly spoiled and pampered by his mother, Louise, he held comprehensible contempt for his “sadist” but “fashionable, uniformed, and decorated officer” father Ralph, who is said have had a brutal temper and mercilessly beat his son.

James later recalled, growing tired of his aesthetic circle of friends, he was pulled out of school and raped by someone in his military command on his father’s orders, “so as to make a man of him.”

“My father always made me feel that I was an impostor, so my life has been a succession of acts to prove I was, through my work, a real person, not a straw man,” James wrote. His traumatic childhood was perhaps also instrumental in shaping his defiant, sometimes snobbish, but quirky manner, which wasn’t always great for business.

“Charlie’s got every talent. The only talent he lacks is getting along with people. He thinks it’s rather cute,” the late Vogue editor, Diana Vreeland, once said.

James, who relished in his sophisticated and aristocratic roots but hated American commercialization, persisted and remained arrogantly demanding even when destitute. “What the market takes up the market destroys,” he said. The designer, however, never felt short in the company of friends. In his time-spent living between London, New York, Chicago, and Paris, his refined assemblage of friends became both his greatest strength and most loyal clients. 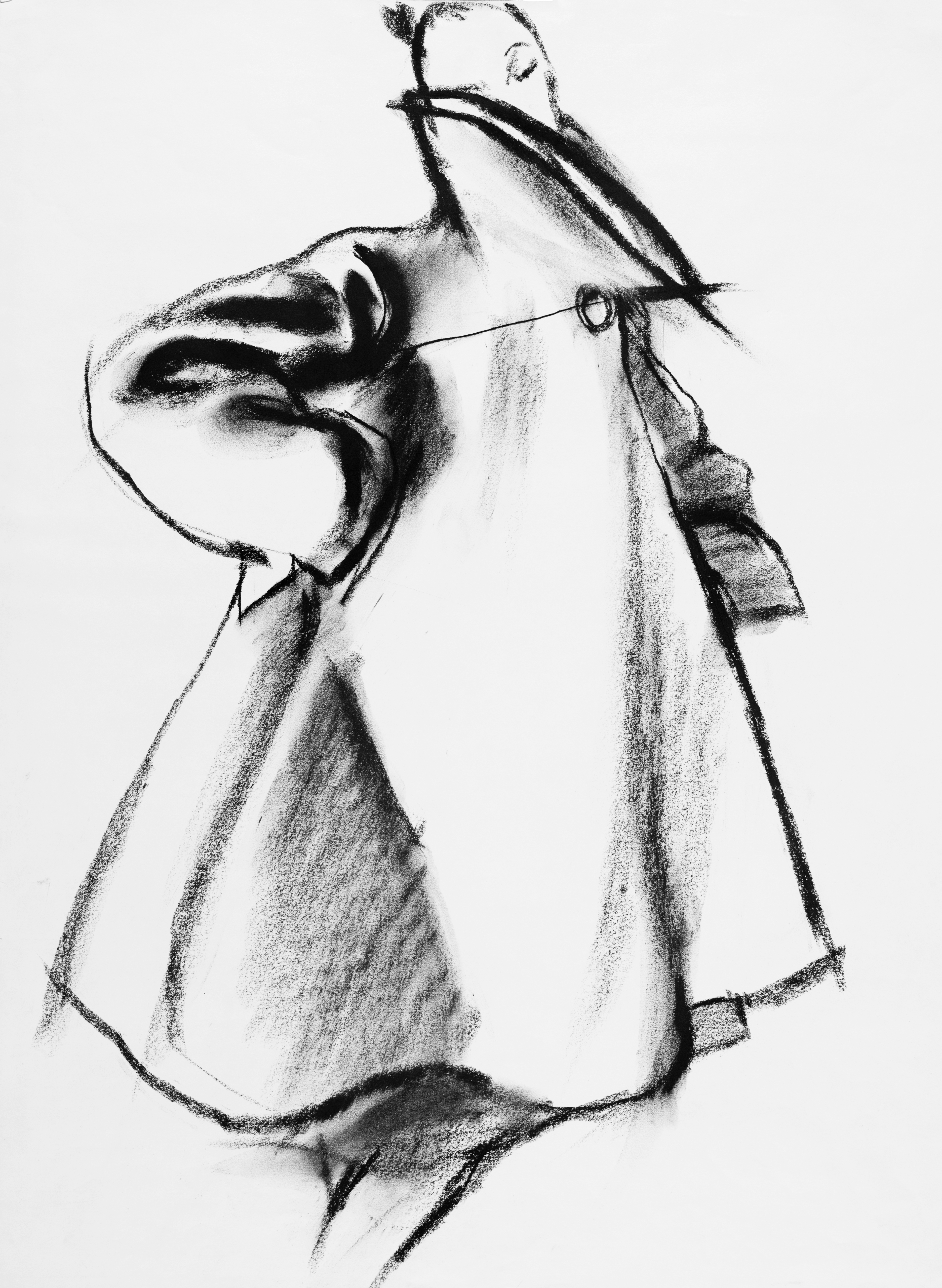 AN ILLUSTRATION OF A CHARLES JAMES DRESS. COURTESY OF RIZZOLI

Christian Dior called him “the greatest talent of my generation.” Yves Saint Laurent was famously inspired by James’s exploration of Victorian silhouettes for The New Look. The street style photographer Bill Cunningham wrote of him in a tribute for the SoHo Weekly News, “Charles James was the poet laureate of fashion.”

“He didn’t eat well, never saw a doctor. I felt he was daring his body, as well as the world, to appreciate him,” William Ivey Long remembered. Klein herself describes him in hyperboles such as “eminence grise” and “Ovid of fashion.”

Both at his peak and after his decline, he also had many museum exhibitions dedicated to his work, including one at the Met’s Costume Institute in 2014, “Charles James: Beyond Fashion.”

“Charles was born with entrée to society on two sides of the Atlantic, and he used it well. He became an intimate of the most powerful cultural pacesetters of his lifetime. And for over forty years, from the 1930s through the 1970s—in collaboration with his friends Elsa Schiaparelli, Jean Cocteau, Oliver and Anne Messel (later Countess of Rosse), Cecil Beaton, Étienne de Beaumont, Christian Dior, Millicent Rogers, Dominique de Menil, Eleanor Lambert, Salvador Dalí, and Halston, to name a handful—Charles James authored the sequence of fashion and set the standard for style in the Western world,” the author notes.

Although openly homosexual, he married Nancy Gregory, who bore his two children. The couple later separated after James famously exhausted her inherited fortune for his business experiments. “Our marriage has been successful, as marriages go,” he wrote when they separated. “You must never forget that, for me, Nancy is an absolute star, and she has given me life through becoming the mother of my children.”

James’ final years were spent at the Chelsea hotel (rent-free owing to the generosity of manager Stanley Bard) in an untidy mess surrounded by mountains of mannequins, books, and a striking collection of bric-a-bracs and mementos.

Even while his health deteriorated, he remained remarkably au courant. Anton Perich recalled running into James in the lobby of the hotel and thinking he was “the youngest person” he had ever seen. In his final days, while being taken into the hospital, the ambulance attendants asked him to identify himself. “It may not mean anything to you, but I am what is popularly regarded as the greatest couturier of the Western world,” he answered.

Despite his palpable narcissism and stubbornness, those closest to him would not challenge this description of himself. It’s also what makes James fashion’s greatest mystery.