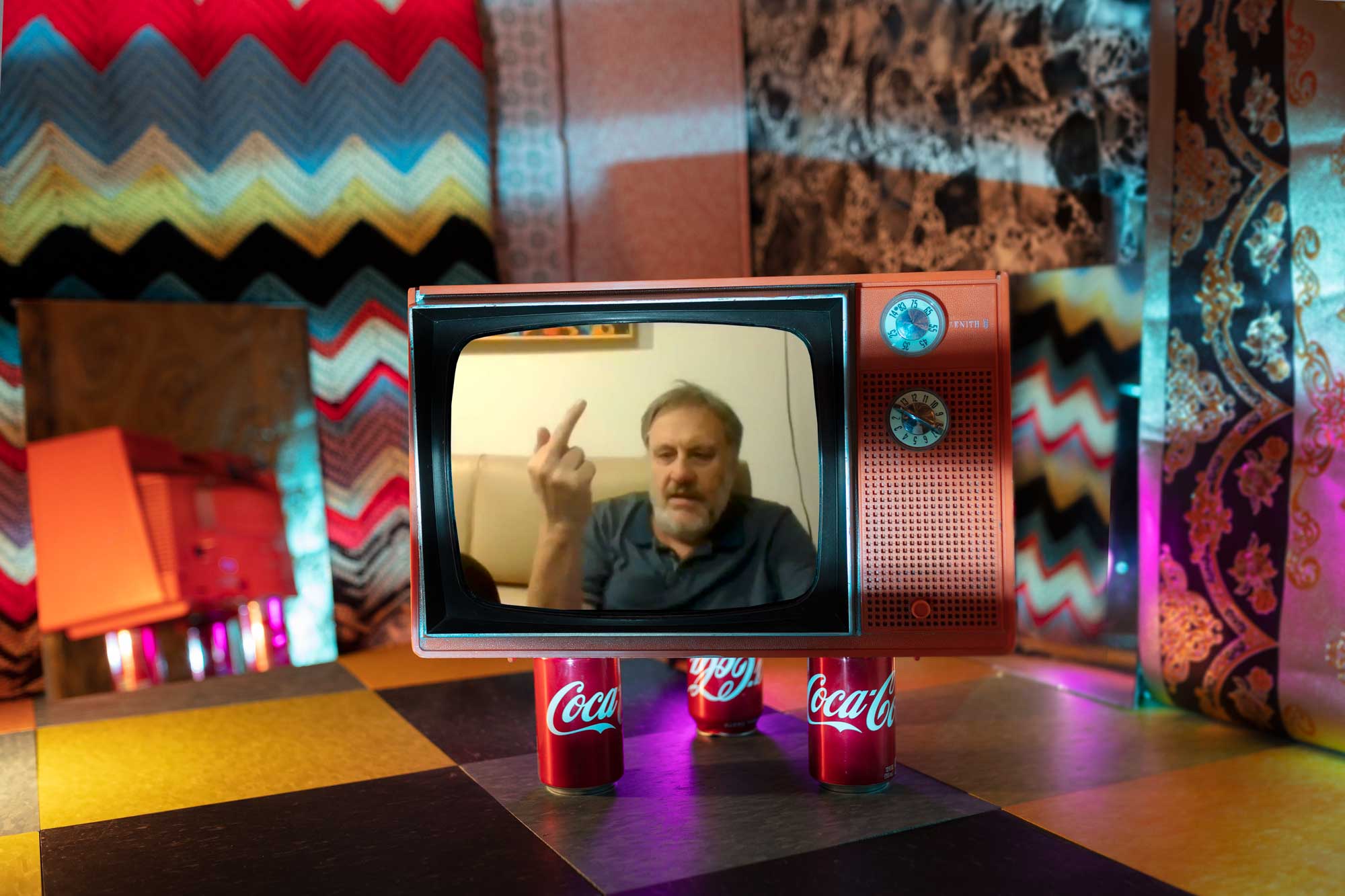 The greatest philosopher of the New Left. The Elvis of cultural theory. The most dangerous thinker in the West. Throughout his career, Slavoj Žižek has been many things to many people, but there’s one that’s incontestable: He’s a workhorse. While the pandemic has kept the 71-year-old Slovenian provocateur holed up in his Ljubljana home, it has sent his mind racing. This March, he’ll publish Pandemic! 2: Chronicles of a Time Lost, the sequel to last year’s Pandemic!: COVID-19 Shakes the World, where, in typical fashion, he pours gasoline on a world already ablaze. Here, he takes on 13 topics chosen for him at semi-random.

“This is an incredible phenomenon. In Slovenia, around half of the people don’t want to get vaccinated, and it’s not just this conspiracy theory that Bill Gates will put a microchip in our body to control us. My general argument against this type of conspiracy theory is that we have to renounce the idea that we’re free human beings; ‘If I’m wearing a mask, I’m not human. If I’m vaccinated, I’m controlled.’ Sorry, but we are already controlled. We’ve known that for 20 years at least. China, the United States, Israel, and probably many more countries, are recording and listening to our phone conversations.”

“Bookstores are the thing for me. Much more than restaurants or cafes, bookstores were a wonderful place for socialization. And these bookstores, with their displays of new publications, were how I discovered new books. Now, all these complicated algorithms try to guess what I want. I buy a lot from Amazon, unfortunately, but their suggestions are never right.”

“My dream is to remake Star Wars with Darth Vader as the progressive authoritarian leader who wants to establish a new, more egalitarian order against the Jedis, who are corrupted aristocratic creeps. I hate them. If I were to meet Yoda, I would step on him like a worm.”

“I take them very seriously.”

“If you tweet more than half an hour per day, you should be forced, for two hours per day, to clean toilets in public hospitals. How can anyone have time for Twitter? It’s why I was never seduced into skiing. You climb the mountain just to slide all the way down? I’d rather stay down and read a good book.”

“I’ve gotten into a terrible situation because of my position. The right wing hates me because I’m a communist, but liberals hate me, too. Some ten years ago, every two or three months, The New York Times would publish an op-ed by me. Now, I’ve practically disappeared. That’s why I go on podcasts, because if they invite me, I know it will be a friendly audience.”

“I was in Venice with friends years ago, and they told me that in the Fascist era under Mussolini, if you went to a restaurant and ordered spaghetti, it was a sign that you were pro-Mussolini, and if you ordered pizza, you were on the left. So yes, I like pizza, just not that thick Chicago-style pizza. That is an American threat to European civilization.”

“I have cataracts, so I cannot watch it too much, but you know what I especially like? That they make the whole season available all at once. That I like.”

“My problem with eating organic is twofold. You go to a fruit store, you see some nice, genetically manipulated apples, and then you see some half-rotten apples that are twice the price, and they say it’s organic. A second thing I don’t like is the false sense of community. ‘I’m helping Mother Nature. I’m doing something for the environment. Even people who have the same doubts as me are doing it for ideology.’ You do it because it makes you feel like a part of a larger progressive social movement, or whatever. I like to be the bad guy.”

“What characterizes humanity is a specific ability to turn failure into success. All French cheeses can be explained by something going wrong. The French tried to produce normal cheese, like Swiss or Basque, and then it got rotten. Then, oh my god, you have French cheese. For me, this is what makes the specifics of human intelligence.”

“Maybe they’re really doing the job for us socialists, because they centralized things so much. For example, Jeff Bezos controls distribution. Okay, let him monopolize it, but then we’ll just cut off his head and have a large communist, publicly-owned enterprise. That’s my secret leftist dream.”

“I really don’t like Titanic. I think it’s one of the most reactionary movies. It presents itself as so-called Hollywood Marxism. The only thing I like is the finale, when he is freezing, and the woman says, ‘I will never let you go.’ And while she is shouting this, she lets him go. She actually kind of pushes him away.”