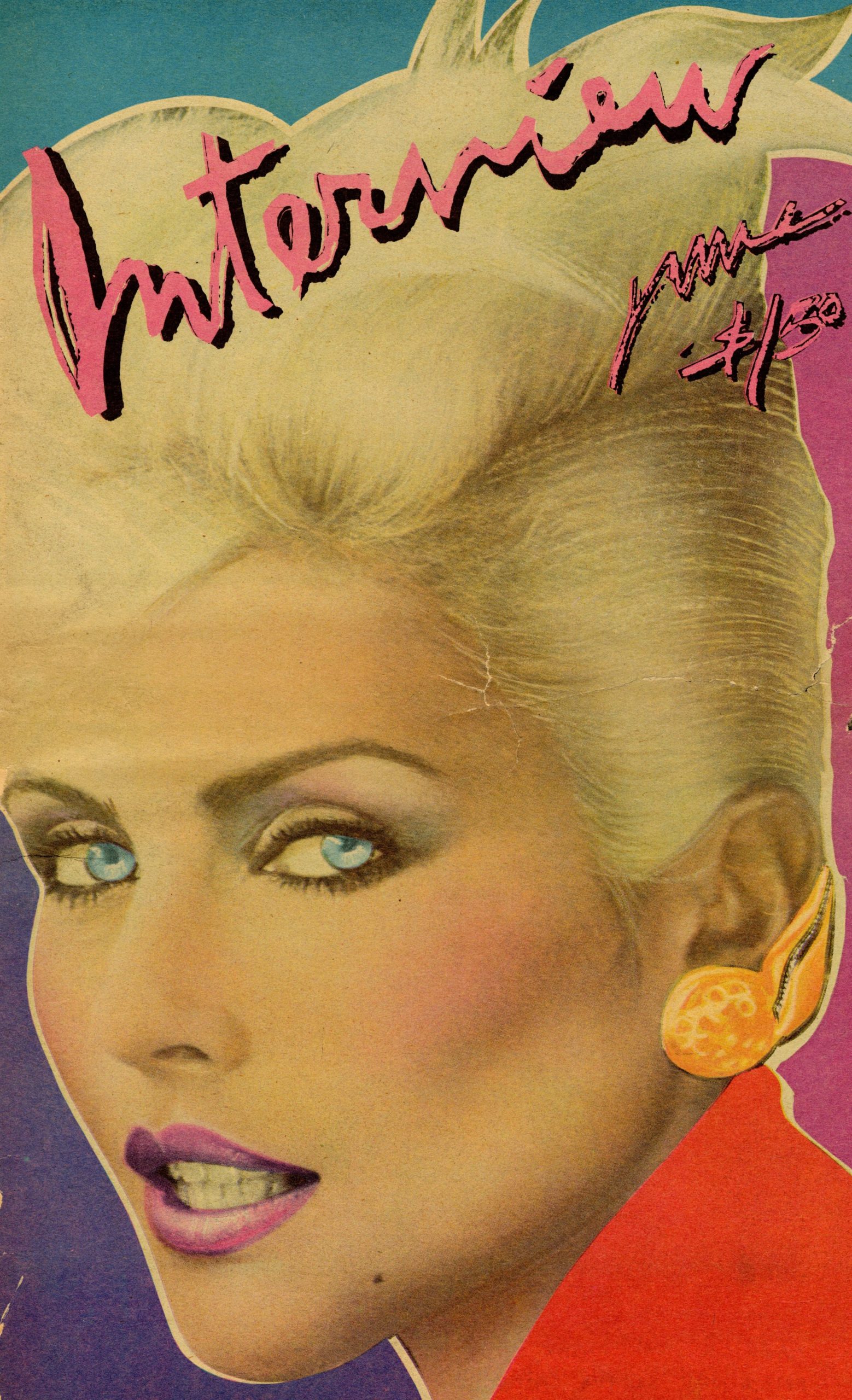 Welcome to Life Lessons. This week, in honor of the release of Blondie’s new Cuban-inspired EP Blondie: Vivir En La Habana—which accompanies a new film about their highly-anticipated 2019 performance in Havana—we revisit a number of memorable quotes from our conversations with Blondie front-woman Debbie Harry. Over the course of her career, Harry has appeared in Interview countless times: as a cover star, an interviewee, and a contributor. So sit back and prepare to absorb some punk wisdom—you just might learn a thing or two.

“The blonde thing is really very much about the old silver screen platinum blonde, and I certainly was interested in capturing that as the frontwoman for a band.”

“As a kid I was blonde. In the summertime my hair was always bleached by the sun. And then as I got more into my teenage years I would throw some sun-bleaching stuff into it during the summer to bring the blond out even more. And it sort of escalated. I guess I always felt like a blonde.” “The best thing… is to be inside my own head. I’m a head person. The wildest most incredible things go on in my mind. Just the things I think up.”

“The planet is eating itself; everyone’s eating themselves out. It’s like burnout time.”

“I have to concentrate on eating good food because when you’re working crazy hours, like when you’re on the road or in the studio, it’s hard to eat right.”

“I think it’s really necessary to write [songs] with an instrument. You really have to play a piano or a guitar. It’s virtually impossible, even on a bass guitar. You have to play an instrument you can make chords with. You can only hum one note at a time. It’s really difficult to think in terms of hearing more than one note at a time unless you’re actually hearing it. It’s not easy to envision a sound.”

“New York is the forefront. It’s happening all over, but at a slower pace. Coastal cities always seem to happen first then it travels inward.”

“There are all these different areas of specialization. That’s it. You have to be a specialist nowadays. There’s no other way. I was an artist for a long time, but I was always into being a general practitioner. I did a little of this and a little of that. And nothing has got me anywhere. You have to specialize, it takes you until you’re about fifty years old before anybody notices you’re doing anything at all.” “I think, actually, that rock and roll is a misconception. It should no longer be a term for music.”

“[The rock scene in the late 70s and early 80s] had this sense of danger. It was private and exclusive in a weird way because nobody really knew or cared about it. And yet all these people were being as reckless as they could. People were exotic in their dress. People don’t really even dress that way anymore: really having a sense of costume and personal style. I don’t mean just going out and buying stuff off the rack that’s glittery.”

“The attention [from being blonde] can be very flattering. As a color it’s like wearing a neon sign over your head. It’s like walking around with your own spotlight. It’s definitely a showbiz-y kind of thing to do, even for people who aren’t in showbiz. But being blonde was a great merchandising thing for me. I never got as much promotion as I did when I was Blondie. I did a couple of films as a redhead and there just wasn’t that hook in people’s brains.”

“I like it when rock stars let go of the real hair color thing—it’s almost like tattooing. Instead of skin art, it’s hair art.”

“As a kid, I always found blondes fascinating; that element of drama and tragedy was very attractive.” “It’s difficult to work in a group. Theater groups have the same problem. You’re with the same people for a long time, working together to make some sort of artistic expression, and it becomes very frustrating if you feel stifled, or frightened, or things get out of hand.”

“The artists and singers I’ve always loved had very long careers. Look at Ella Fitzgerald and Nina Simone: All that force and all that meaning, all that continuity that makes up a life and is part of what your music is about—why would it be bad? As you get older, you know more—when to be flexible and when to be inflexible, when you should give way and when it’s your turn to have your way. Basically, you learn how to say “Fuck it” in a lot of different ways.”

“Nostalgia is a drag. But it’s also enough to make you want to fight for your individuality and make a statement that’s not contained within the selling of a product.”

Neke Carson Painted Andy Warhol With His Ass, Then Founded a Modeling Agency