Welcome to Life Lessons. This week, we revisit our December 1997 “Grab a Friend” issue featuring Ben Affleck and his Boston-born better half, Matt Damon. Affleck recently maid tabloid headlines the world over with the announcement of his engagement to Jennifer Lopez, and for his turn in the twisted thriller Deep Water alongside his iconic ex Ana De Armas. In the issue, the two budding heartthrobs talk to our then-editor in chief Ingrid Sischy about Boston, breaking into Hollywood, and brotherly love. The accompanying shoot by Bruce Weber features Affleck, Damon, and a cameo by Casey Affleck. So sit back, and grab a pen—you might learn a thing or two.

“People of similar political persuasions tend to flock together. Most lefties in ‘Cambridge County’ know each other.”

“My dad was in a theater company in Boston for a long time, so I was always around that stuff.” 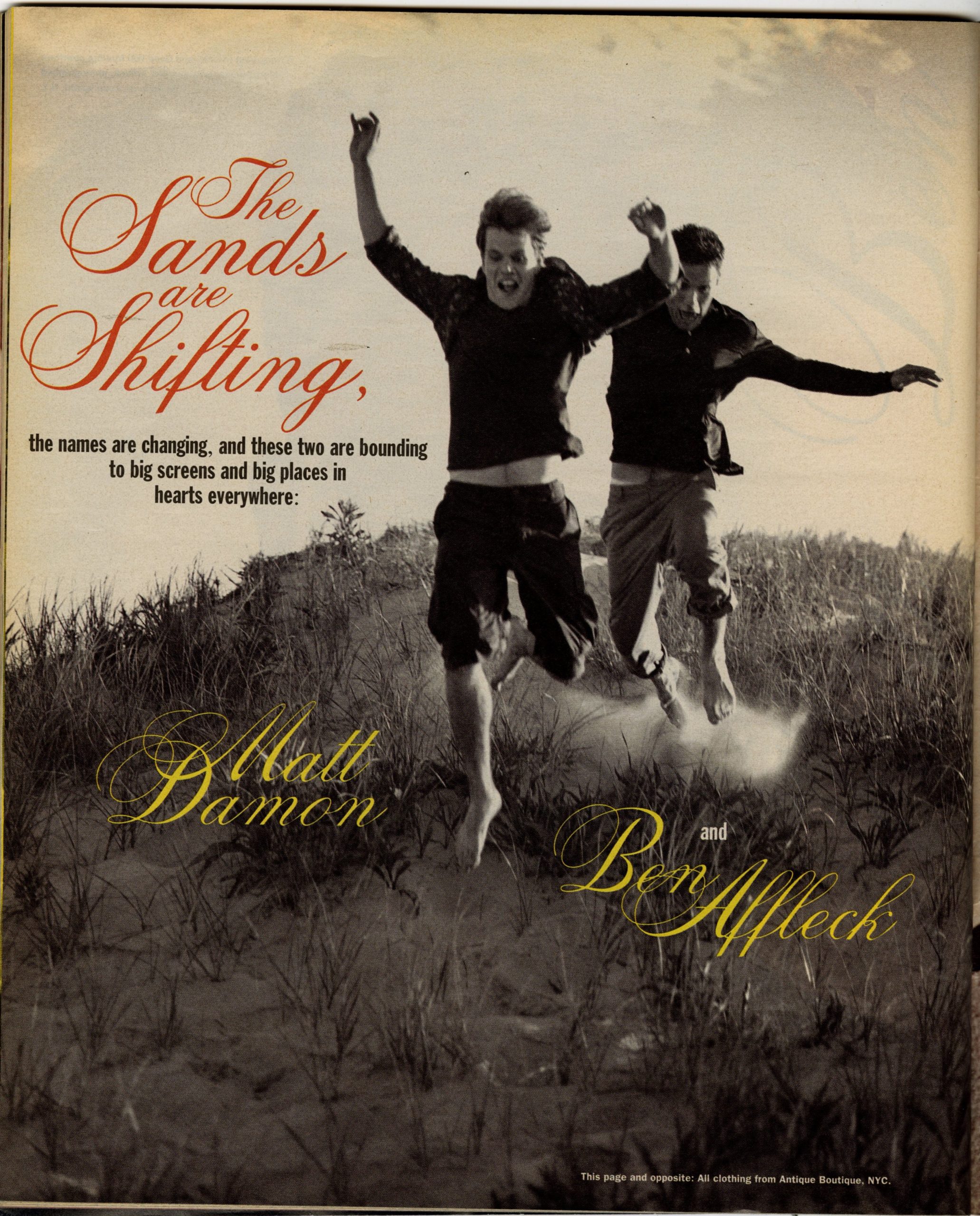 “Matt and I were very straightforward about wanting to be actors. I really think that everybody would like to be an actor. Why wouldn’t they? It’s great work if you can get it. The one thing that prevents most people from saying. “I’m just gonna go to Hollywood!” is that it seems unrealistic.”

“We are living proof that fortune favors the fool more than once. We showed
[Good Will Hunting] to our agents and various other people.” 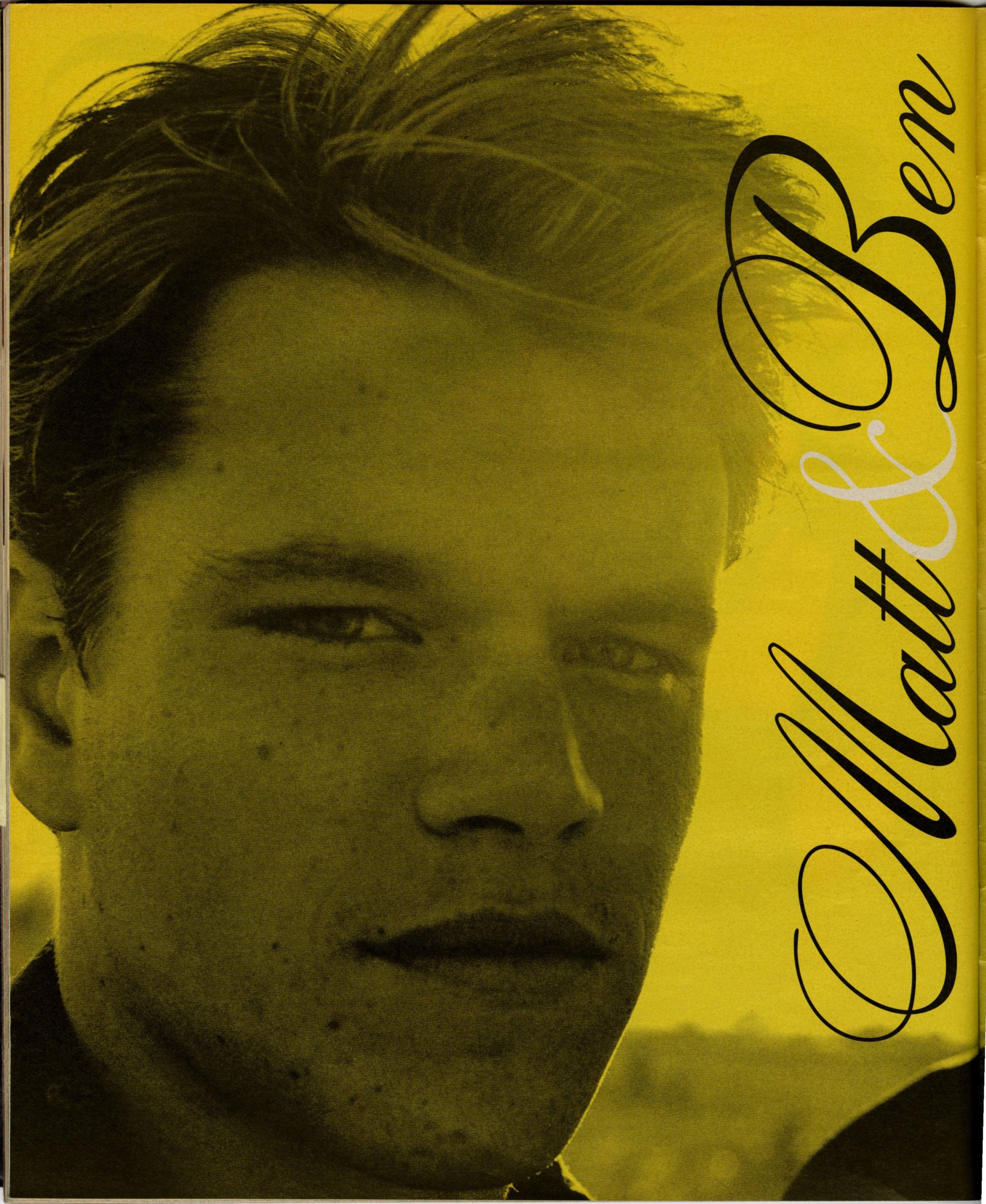 “We were really nerdy. So right now we’d like to skip ahead to these slightly cooler years. Otherwise, this is going to get progressively embarrassing.” “In high school I can remember trying to convince Matt’s mother that not everybody in Hollywood was a total liar and scum. I was saying that there are people in Hollywood who have a social conscience. too. I only repeat this years later
now that I realize it was a complete lie. [Laughs]“

“Narcissism is the part of my personality that I am the least proud of, and I certainly don’t like to see it highlighted in everybody else I meet.” “We’re the warrior and the clown.”

“If no one else was going to give us the chance to do the kind of acting we thought we could do, we decided we’d just make this movie ourselves—however we could do it, low-budget, whatever.” “I’d say it is the one quality that unites everybody in the film industry,
whether you’re an actor, a producer, a director, or a studio executive. You want people to look at you and love you and go, ‘Oh, you’re wonderful.’ It’s a nightmare.”