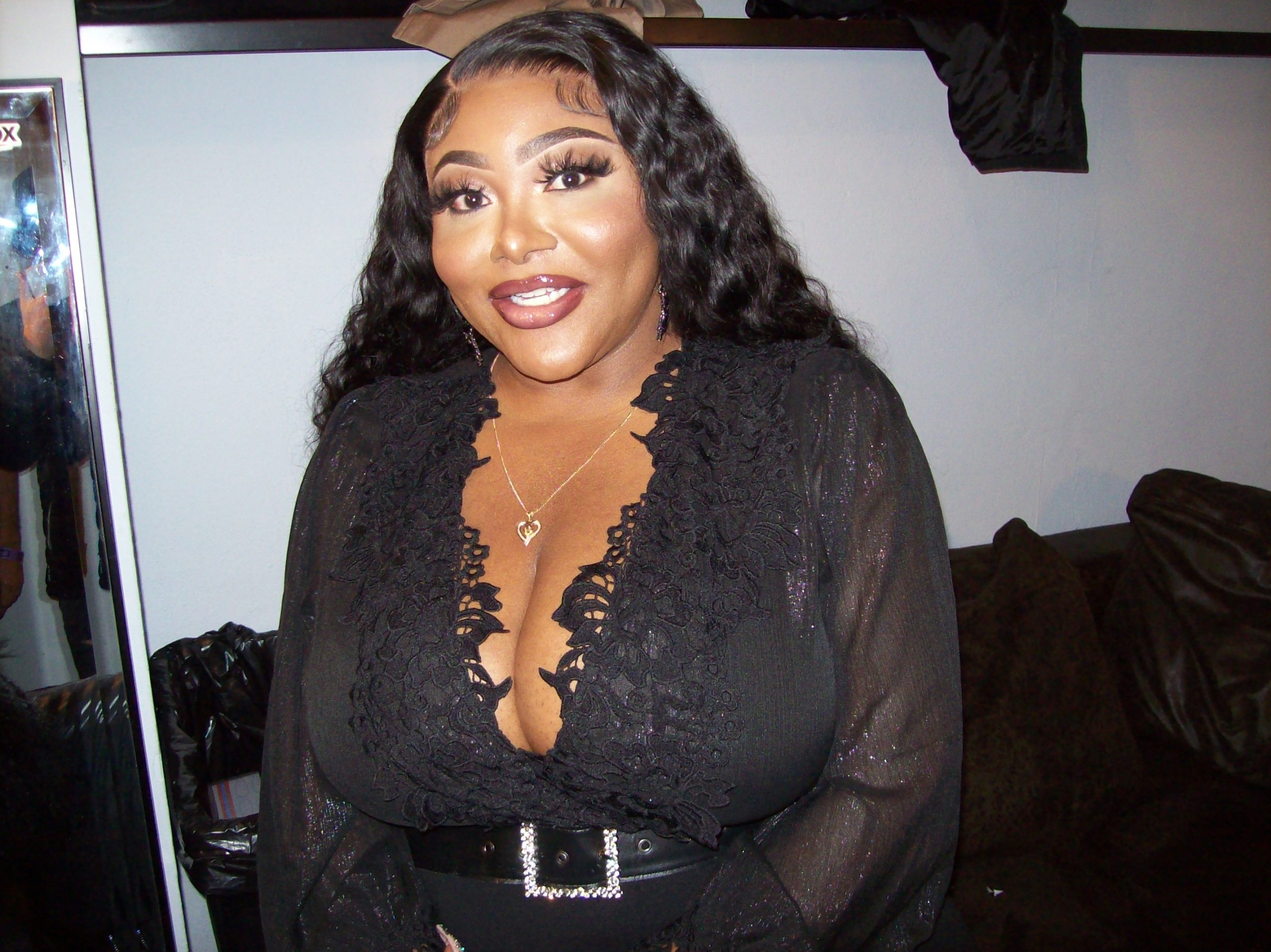 Unless you’ve been living under a rock, you’ve heard the name TS Madison. Lately, everyone knows of TS due to her legendary appearance in Beyoncé’s ball-inspired album Renaissance. “Cozy,” in which Madison rants urgently and powerfully about the murder of George Floyd and the beating of Iyanna Dior, might’ve been the first time many heard  this loud and unapologetic trans activist. But for years, the 45-year-old Miami native has been on the frontlines of queer activism and a hilarious, biting presence online, where her videos routinely go viral on TikTok and Instagram (some of them have even become canonical, re-circulated constantly as reaction memes). Simply put, Madison’s got charisma, uniqueness, nerve, and talent. (If you’re not a fan of the RuPaul’s Drag Race multiverse, of which Madison is a mainstay, turn those four words into an acrostic). Madison’s stock has been steadily rising since she was enlisted to host Bring Back My Girls, the drag race reunion special. Billy Eichner cast her in Bros. And when I met her backstage at Terminal 5 at last week’s Emery Awards Ball, hosted by the Hetrick-Martin Institute, she was finally being properly fêted as one of the night’s three honorees, alongside New York Governor Kathy Hochul and ball superstar Leiomy Maldonado. That evening, the HMI raised nearly a million dollars to continue their mission of inspiring and uplifting the LGBTQIA+ youth of New York City. No wonder they celebrated Ms. Madison, who’s been doing just that for years. Before shutting the house down with bounce music legend Big Freedia, Madison let us into the green room to talk about ballroom culture, working with Beyoncé, and what it means to finally be recognized for a lifetime of activism. Might we suggest you don’t fuck with our sis? TS Madison is comfortable.

ERNESTO MACIAS: How are you tonight?

MACIAS: What are you wearing?

MADISON: So everybody wants to know what I’m wearing because you know, I happen to be a plus size diva, and being a plus size diva—I’m a 46 triple D. I don’t know what the waist is. It’s small, honey. In women’s sizes I wish I was a two but my hips and ass are around a 60. So it’s very difficult at times for us. Could you imagine padding that? When I see girls that have much more than me, I’m like “God, how did you do that?” And then I find out that they’re all men too. So that’s not of God. I will say, and this is not a plug to FashionNova because you know they’ve not gotten smart enough to use me as an ambassador. How could you miss the bag like that? But I’m wearing FashionNova, I love it.

MADISON: My drink of choice tonight is a Long Island. I’m in New York City so l’m definitely gonna be swallowing a few Long Islands.

MADISON: You know I might make an impromptu trip to Long Island actually a little guy to over there.

MADISON: Well, the scene is very much so a ball.

MACIAS: For people that don’t know, can you explain what a ball is?

MADISON: For people that don’t know, a ball is a place where LGBTQI people, and allies, can come and be free to be every person—every woman. It’s kind of like that song [singing] “It’s all in me… anything you want done baby, I’ll do it naturally.” You know, when you hear that song that embodies you to move, whether you wanna titty-bounce, you wanna walk, you wanna look or you want to face. Everybody has a woman inside them, even men. Period. Growing up, before I knew that I was a woman, I knew that there was a woman inside of me. And that’s what we’re celebrating tonight.

MACIAS: Did you see any “trade” in the audience? 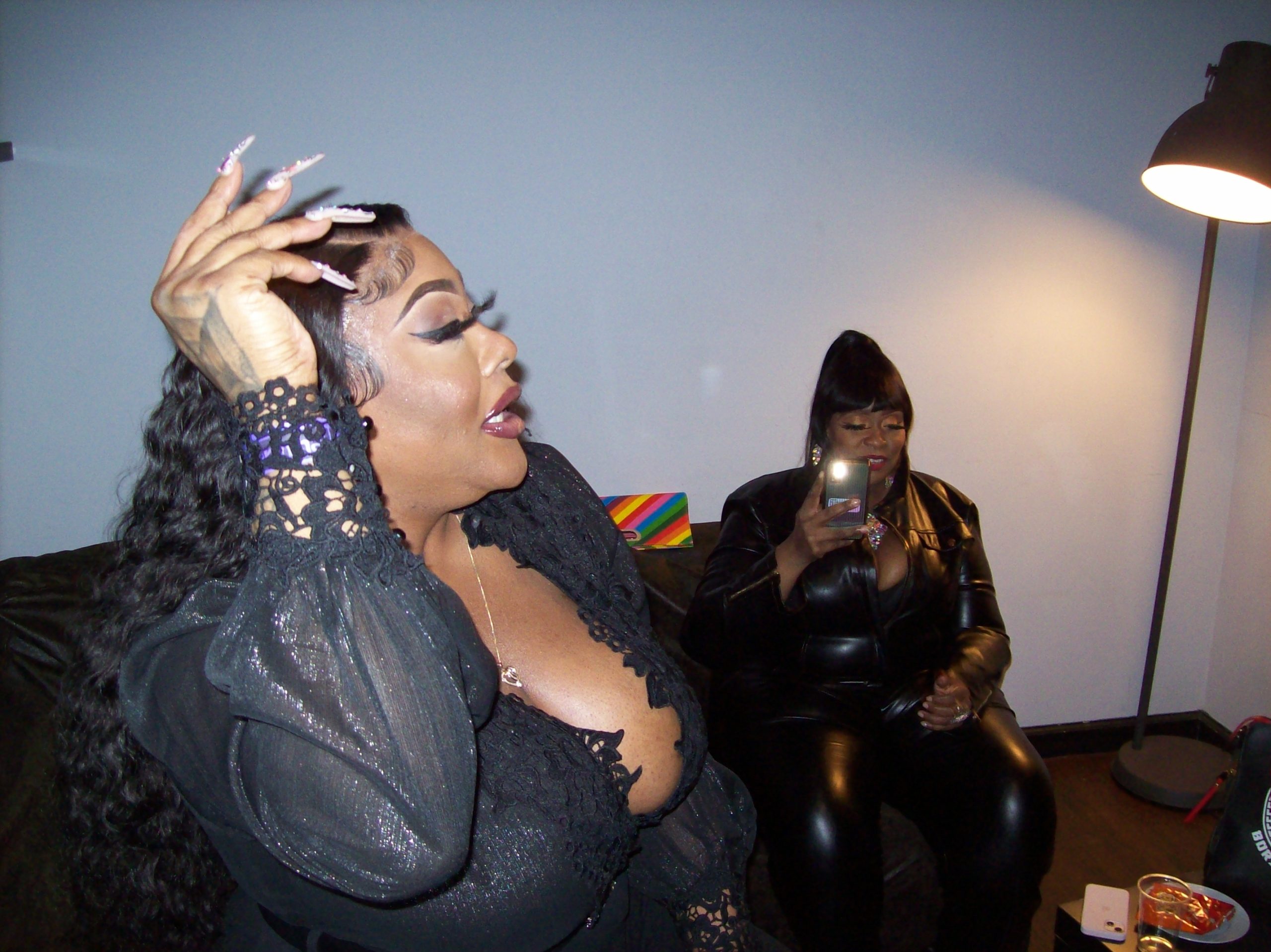 MACIAS: Can you elaborate?

MADISON: The earth has been purged of trade. Everything now is just fluid. They just don’t know it. I used to use the term “trade” because I’m 45 years old. I just turned 45 on October 22nd. I have to tell you, I started transitioning at 17 but by 15 I knew what I was because I watched The Crying Game. I knew then that I was somewhere in that space. Now listen, that was 30 years ago, when there was a such a thing called trade. As I grew into becoming the transgender person that I am today and watching how the world has evolved over 30 years, bitch, there’s no such thing as trade anymore. Everybody gets topped. So honey, if you out there thinking that you got a top, baby, your top gets topped. Somebody’s topping your top, girl.

MACIAS: You’ve had a wild year. You’re being honored tonight at the Emery Awards. How does it feel to receive all these flowers now?

MADISON: I must tell you, it gets very frightening, because you’re like, “Honey, wait. Not the Lifetime Achievement award, girl! I’m still here! Wait a minute…” God, are you trying to tell me something? I ain’t ready. I’m still trying on shoes. But no, it’s always a joy. It’s always overwhelming for me because when I’m doing things in this world, I’m just maneuvering. I’m trying to reach whatever goal or dream that’s inside of me, that I saw when I was younger. So when it happens, I don’t know that it’s doing this for so many different people. I get these opportunities to take the time to see how my journey has affected so many people and to be honored for going after my own dreams—it really reminds me that my presence is my advocacy, as a black transgender woman in today’s world. Oh honey, to still be here. That’s a miracle. MACIAS: Do you see yourself as a role model?

MADISON: No, I haven’t seen myself as a role model for many years. I fuck up. I say bad shit, I tell nasty jokes, and I get pronouns wrong. I make mistakes just like everybody else. I think that a role model should be perfect. I am so imperfect and maybe this is why people gravitate to me because l’m very honest about my imperfections.

MACIAS: So the Grammy nominations were announced yesterday. Beyoncé was nominated. You were featured in “Cozy”…

MADISON: I don’t know! When it came out yesterday and I saw the articles I was like “Wait, so does this mean that, you know…?” But even if I’m not [Grammy-nominated], let me tell you something. I have done something so magical, not just for me but for all my trans women across the globe, and my voice being used in a song celebrating my queerness, my transness, my blackness, and the whole spectrum of the LGBTQ+, that’s bigger than any Grammy that I could ever receive.

MACIAS: On that note, what message would you have for the LGBTQ+ children of the world?

MADISON: Honey, the tunnel is dark but keep going. You’d never know how big the light is at the end, so don’t stop

MACIAS: What’s in the future for TS?

MADISON: Listen, I didn’t know this future was gonna be in store for me so I just let God give it to me. I’m going through the tunnel right now.

MACIAS: Complete the sentence for me. “Bitch, I’m—”