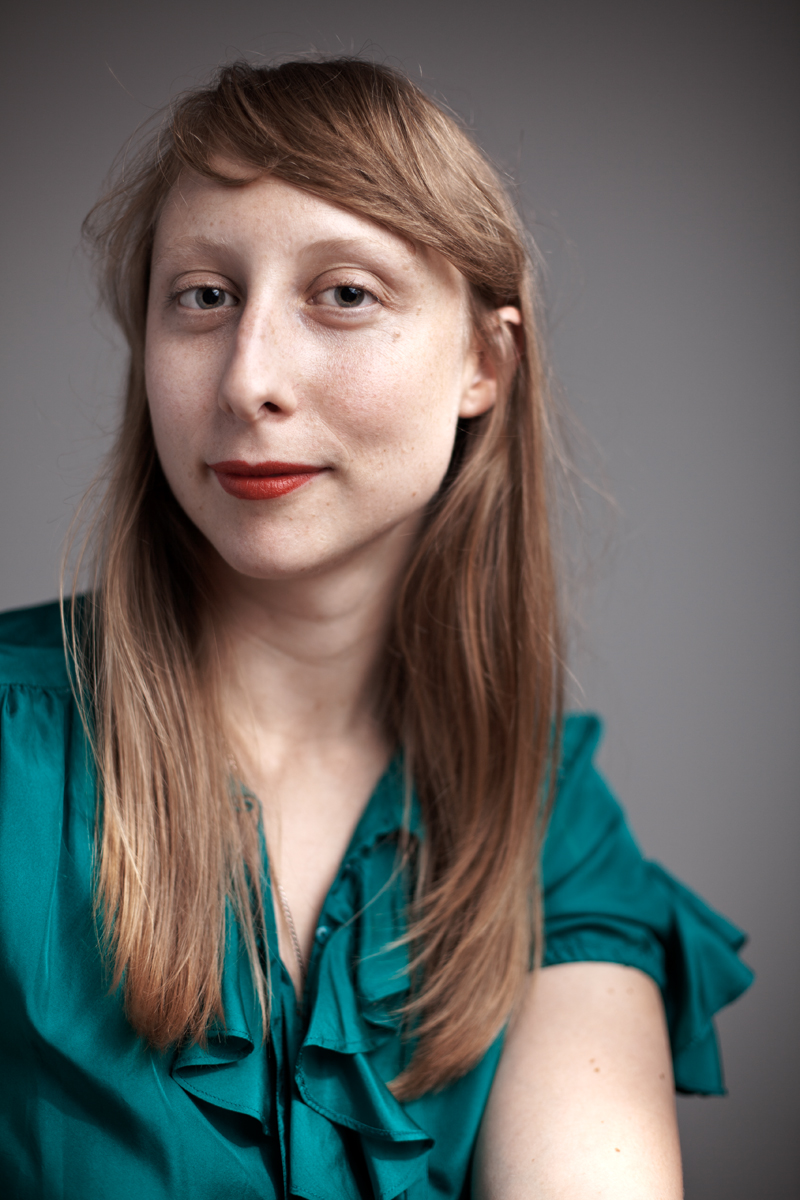 In Emma Straub’s richly envisioned debut novel, Laura Lamont’s Life in Pictures, the author goes back in time to the Golden Age of Hollywood. It’s 1929, a time when studios created brunette screen queens from blonde prairie nymphs. Elsa Emerson grows up in the hayloft of her father’s Wisconsin theater, The Cherry County Playhouse. She marries too young, but following the dreams of her oldest sister, Elsa escapes to Los Angeles, leaving the days of frozen custard and childhood far behind. Both luck and loss nip at her heels as she is transformed into movie star Laura Lamont. Straub balances the pomp and pizzazz of life in pubescent Hollywood while allowing us an intimate portrait of a young woman from Door County, Wisconsin, trying to balance love, family and career.

With palm trees in mind, we spoke with Straub about where the best place to take a meeting would be—bungalow or pool?

JENNIFER SKY: Would the Hollywood life be for you?

EMMA STRAUB: If we’re talking the perfect, dreamy Hollywood life, that would be a bungalow at the Beverly Hills Hotel. Meetings by (or in) the swimming pool. Unlimited iced tea and chicken salad sandwiches. In these dreams, I am wearing a turban.

SKY: Was Laura based on any one specific screen goddess?

STRAUB: The inspiration for the book came from reading Jennifer Jones’s obituary in The New York Times, but I stayed away from Jones after that, because I didn’t want Laura to actually be based on one person. There are bits of her that share biographical facts with actresses—like Norma Shearer, who was married to Irving Thalberg, for example—but she’s really her own lady.

SKY: Which starlet do people say you look the most like?

STRAUB: Sadly, none. When I was young, I would get Lisa Kudrow a lot, and whenever anyone watches the BBC miniseries of Pride and Prejudice, they always tell me I look like the actress who plays Jane. Which I do. Long nose, blonde hair. I’m cool with it.

SKY: Describe the research for this book. How far did you go?

STRAUB: All the way to California! I took a couple of research trips—the first to go on some studio tours, and the second to spend a hell of a lot of time at the Margaret Herrick Library, which is one giant special collection owned and operated by the Academy of Motion Pictures. When I die, if heaven doesn’t look like the Beverly Hills Hotel, I want it to look like the Margaret Herrick Library.

SKY: Did the Academy set you up in a little screening room and show you black and whites with the film clicking through the projector and dust over everything? Did you get to try on Dorothy’s petticoats?

STRAUB: Ha—not quite. There are quite a lot of books out on the shelves—biographies, histories, interior design—and then there are clipping files for everyone who’s anyone, and a room where you can look through microfiche. I’m sure I only scratched the surface of the collection, but no, no dresses to try on, unfortunately. Mostly it’s just a very quiet room, with everyone writing in pencil—pens aren’t allowed. Very civilized.

SKY: Did you see anything fun on the studio tour?

STRAUB: Everything I saw amazed me. I’d never been on a lot before, and it was incredible. Paramount was my favorite. The golf carts, the movie stars, the sound stages. What an incredible place to go to work.

SKY: If you were in Laura’s shoes, what choices would you have made?

STRAUB: I’m such a homebody, I probably would have stayed in Door County. It’s really pretty there. And all the smoking—oh, the smoking. I did love smoking. If I were Laura, I could have smoked into my old age and no one would have told me not to.

SKY: Did you tour a bungalow in person? Don’t you want your whole world decorated in their palm wallpaper?

STRAUB: I didn’t actually go into one of the bungalows, but I did lurk outside them. Yes, please, to the wallpaper.

SKY: Do you think Elsa would still have become Laura Lamont without the loss she experienced as a child?

STRAUB: No, I don’t. All of us made up of these tiny little atoms of experience, both good and bad, both love and loss, and that’s what makes us who we are. Laura wouldn’t have been the same person after that event. Not a chance.

SKY: What has been your greatest loss?

STRAUB: I’ve never lost anyone as close to me as Laura has—without giving too much away, she loses several people close to her over the course of the novel. That’s the thing about loss, of course. It comes for all of us. I have all of those things to lose. When writing those scenes, that’s what I was thinking about.

SKY: The screen or the stage?

STRAUB: This is tricky. There is something truly magical about theater, about the people being live and fallible and sweating and spitting right in front of you. Nevertheless, for me, it’s the screen. That’s always what I want. I would go to the movies every single day if I could.

STRAUB: I love this question. I’ve been waiting my whole life for someone to ask me this question. Blonde, blonde, blonde. Your question implied that this is a feminine-only concern, however, and it’s not. For women, the answer is blonde, but for men, brunet all the way.

SKY: I heard you just sold your second novel; congratulations! Are you going to once again visit Hollywoodland?

STRAUB: Yes, I did! I’m so excited. That’s all I’ve ever wanted, really, to get to do this over and over again. The new book is about a family vacation in Mallorca, and takes place in a very compressed amount of time, so it really couldn’t be more different than Laura.

SKY: I’m hoping this family’s trip turns out better for them then the family in A Good Man is Hard to Find by Flannery O’Connor. What do you think?

STRAUB: Well, I can’t make any promises. A totally happy vacation would make for a very boring book.

LAURA LAMONT’S LIFE IN PICTURES IS OUT NOW.