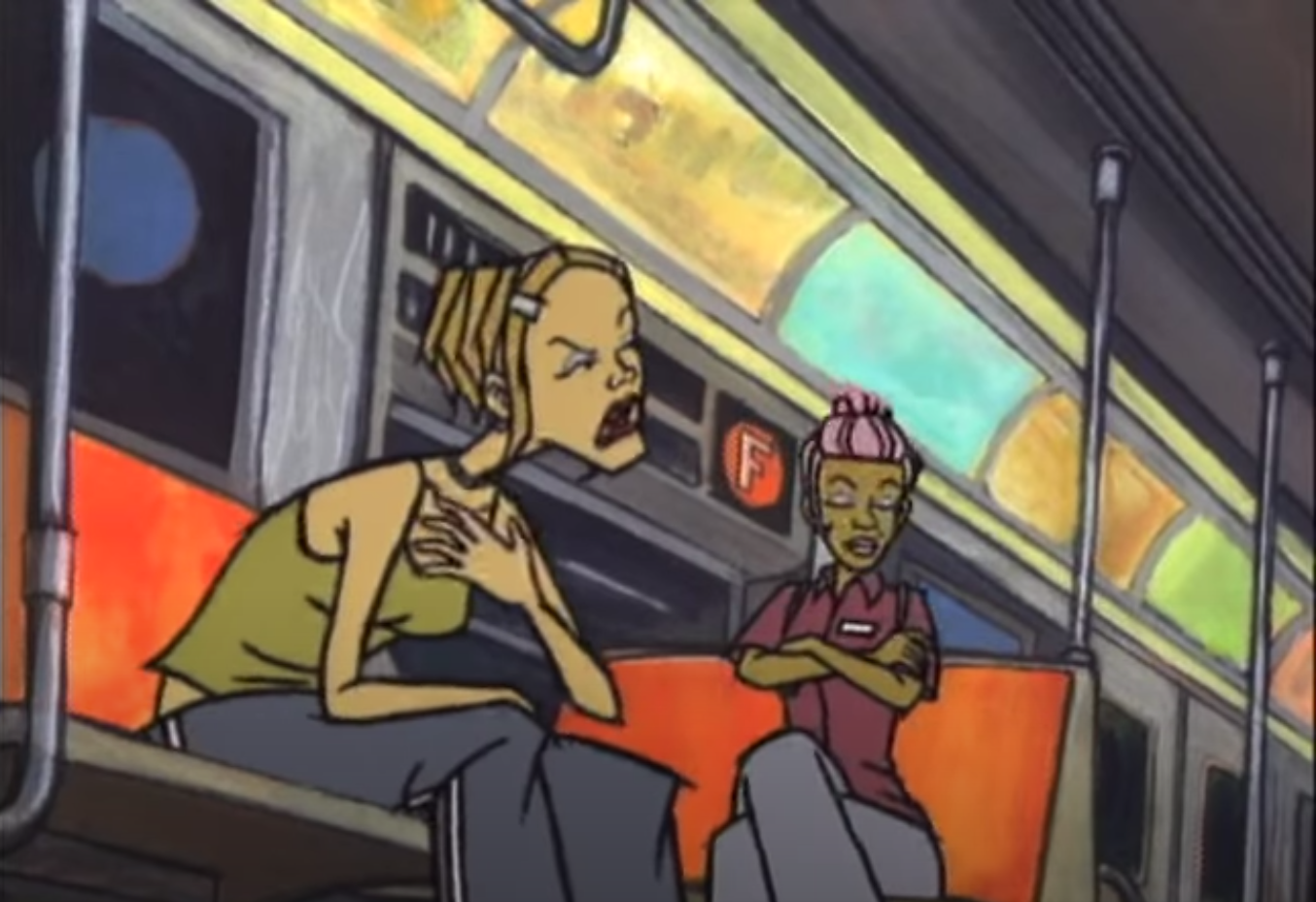 “Into” is a series dedicated to objects, artworks, garments, exhibitions, and all orders of things that we are into — and there really isn’t a lot more to it than that. This week: Digital Editor Sarah Nechamkin falls in love with a scrap of New York City adolescence from MTV’s ’90s animation vault. One network’s trash is many a fan’s treasure.

The pandemic may be raging on, bars may still be mostly closed (at least indoors), and some are fleeing our beloved city of germs for greener pastures. But while some of New York’s most beloved institutions have left us (pour one out), one thing we’ll always have is the stoop. In the absence of indoor spaces for public debauchery, it is the stoop that has brought communities together, the Place to Be for anyone with a beer bottle in a paper bag and a thirst for local folklore. While the stoop has always been a bedrock of the city’s architecture (for as long as we can remember, anyway), it was the ’90s during which it saw its ultimate reign, forever inscribed in NYC mythology for the nation’s city kids at heart. From Do the Right Thing to Hey Arnold!—legends still abound about why Stoop Kid was too afraid to leave the stoop—it was here, on the front steps of cramped urban dwellings, where legends were made. 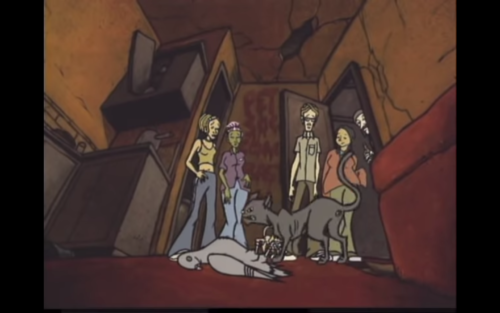 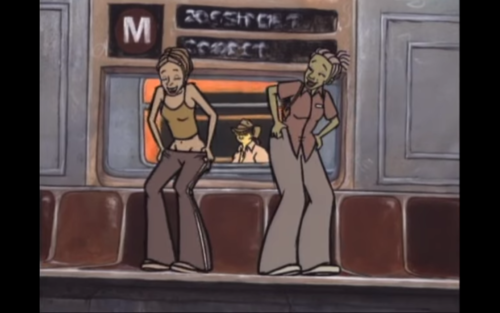 Amidst the current revival of retro outdoor gatherings, I’ve somehow stumbled, through the trash heaps of Reddit, across a diamond in the rough. Like a midcentury wooden dresser found sitting on a curb, Downtown is the best piece of discarded treasure to come out of the glorious trove of ’90s MTV—and its entire first (and sadly, only) season is on YouTube. (To the disappointment of fans and critics alike—the show was nominated for an Emmy in 2000—the network canceled it thereafter.) The animated series, which premiered in 1999, imagines a New York City through the dark, dreamy, weed-enhanced eyes of a group of misfit teens, traversing city stoops and getting into all sorts of trouble. Among the diverse group are Alex, a comic book nerd with a penchant for goth girls, his sister Chaka, a free-spirited night owl with a choker and a slick patois, and their chill-as-hell friends, who spend their days racing to Coney Island and picking up girls on the subway. With slurred words and heaps of local slang, they skateboard through Washington Square Park, move furniture into a rat-infested apartment, lose trust in the MTA more than once, and watch beloved dive bars turn into douchey clubs. (“Ugh, that place is so Jersey they’ll let anyone in.”) 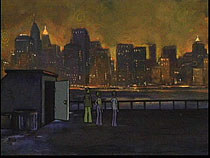 Chris Prynoski, who went on to direct the adult cartoon cult classics Metalocalpyse, Megas XLR, and Beavis and Butthead Do America, created the series based on interviews with real people. The result is a moody blend of magical realism, pivoting between vignettes of daily urban life and hallucinogenic daydreams. The tone lies somewhere between Daria, Hey Arnold!, Broad City, and Larry Clark’s Kids (minus the STDs)—at once improvisational and highly stylized. Like Daria, it has an oh-so-’90s soundtrack, including Violent Femmes, the Pixies, Hole, and Liz Phair. As one Brooklyn native puts it, the show is “classic NYC shit, the type of show made for people that move across the country and still brag about how good the bacon egg and cheese are in Brooklyn.” As Fred Armisen and Carrie Brownstein are sure to tell us, MTV is no longer by the teens, for the teens, and of the teens, but luckily, the internet has kept the dream of the ’90s alive. We’re still awaiting the announcement for a 2020-set Downtown reboot of the likes of Beavis and Butthead and Daria (more “deadass,” less “phat”), but in the meantime, catch us on YouTube. (When we’re not on the stoop, of course). If, like me, you’re longing for the viscera of life without hand sanitizer, look no further; though, be warned, you may suddenly have the urge to jump on the subway and host a Henny-fueled party. Just be sure to wear a mask.